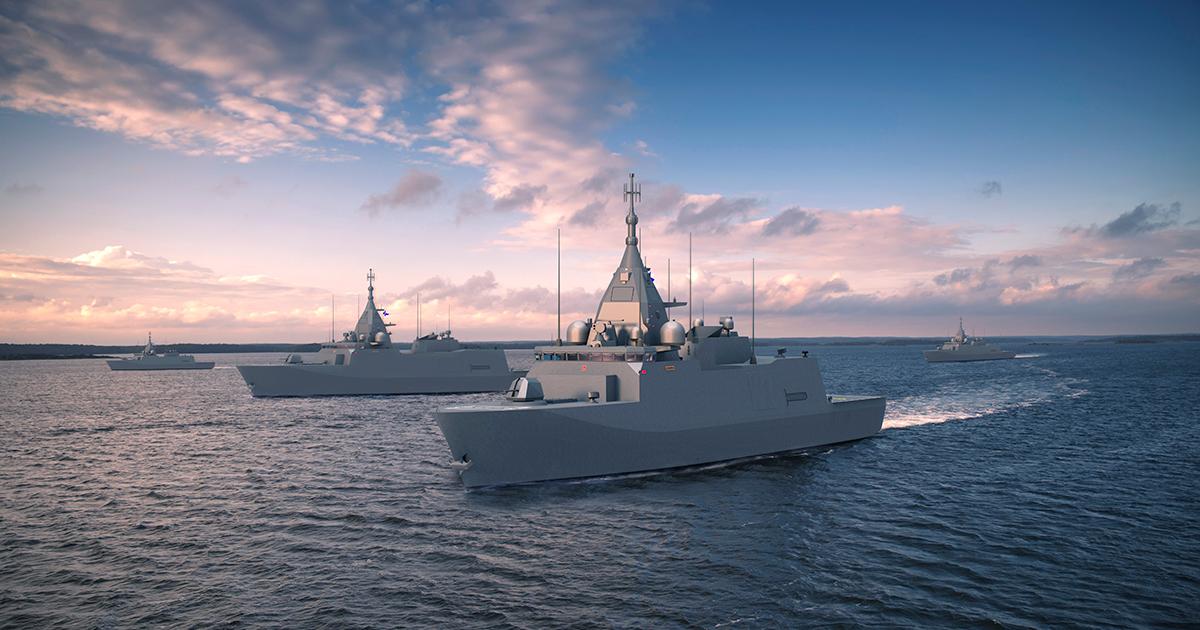 Saab has signed a contract with the Finnish Defense Forces Logistics Command, and received an order to provide and integrate the combat system for the Finnish Navy’s new Pohjanmaa-class corvettes within the Squadron 2020 program.

This follows the previously announced selection on 19 September. The order value is 412 million Euro and the contract period is 2019-2027. The Finnish shipyard RMC Defense will build the Finnish Navy’s four new corvettes, with construction 2022 to 2025. The corvettes will be fully operational by 2028.

“We are proud that Finland has chosen Saab as combat system provider and integrator for their new corvettes. Saab has a long history in Finland and the Squadron 2020 contract means that we will increase our footprint in and deepen our relationship with Finland for many years to come”, says Micael Johansson, Senior Executive Vice President and Deputy CEO at Saab.

The contract includes, among other things, Saab’s Combat Management System (9LV) and Saab’s radars Sea Giraffe 4A Fixed Face and Sea Giraffe 1X. The communication system TactiCall as well as the remote weapon station Trackfire, are also included in the contract.

“This is going to be the world’s most modern and advanced corvettes, with state of the art technology and capabilities, including the 9LV Combat Management System and the integrated mast featuring Saab’s sophisticated Sea Giraffe 4A Fixed Face radar and the Sea Giraffe 1X radar”, continues Micael Johansson.

Saab will carry out the work in Sweden, Finland, Denmark, Australia and South Africa.