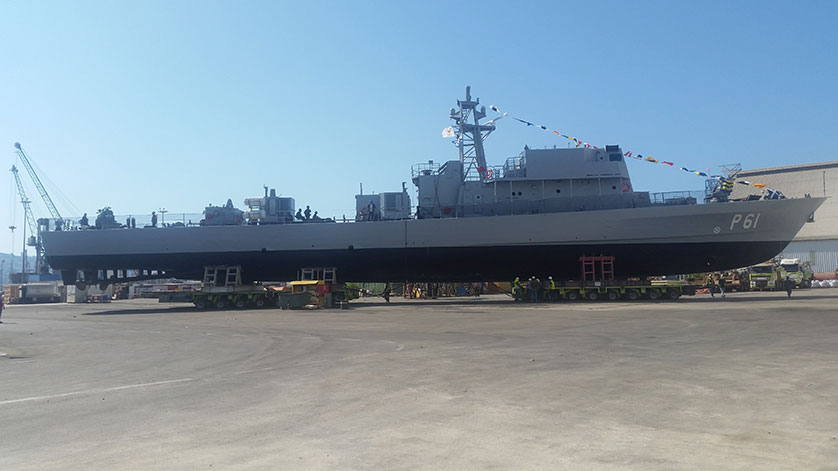 The OPV was unveiled and launched at a ceremony held last week at Israel Shipyards' facility at Haifa Bay in Israel – in the presence of senior members of the Cypriot Ministry of Defence, representatives of SIBAT (Israel MOD), and the management and employees of the company. The OPV was ordered in December 2015 and will be delivered to Cyprus towards the end of the year, to be used to protect the Exclusive Economic Zone (EEZ) of Cyprus. The project is valued at tens of millions of Euros.

According to Avi Shahaf, CEO of Israel Shipyards, “The project is of great importance for the company, and we invested our knowledge, experience and ingenuity in order to build and to supply this unique technologically advanced ship. We would like to express our deepest gratitude to the Cyprus Ministry of Defence for the trust they invested in Israel Shipyards in order to deliver this vessel.”

The new OPV has a displacement of 430 tons, an overall length of 62 meters, a maximum speed of 32 knots, and carries up to 30 crewmembers plus a Special Forces unit. Installed on the vessel are multiple sophisticated systems including 2 Rafael Typhoon Weapon Stations, advanced radar, electro-optical payloads, communications systems including satellite communications, navigation systems, command and control systems, and more.