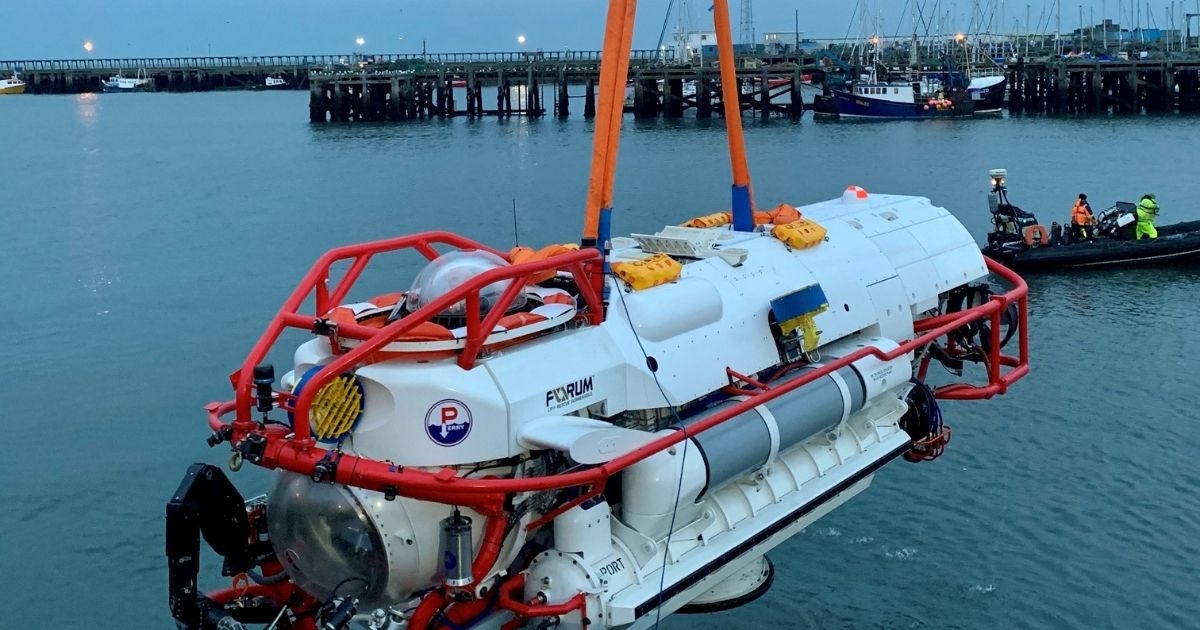 Forum Energy Technologies has completed manufacturing of a highly advanced submarine rescue vehicle (SRV) including cutting edge technologies, which may be utilized to extract submariners from distress situations.

Forum’s latest SRV joins a small group of rescue systems in use around the globe. The LR-class SRV, however, surpasses systems manufactured by other suppliers over the last decade, including the NSRS (NATO Submarine Rescue System) and the ‘LR7’, which was delivered to China.

The LR-class SRV is built to meet the most up-to-date industry standards and classed by Lloyds Register. It is capable of rescuing up to 17 people at a time and operate at depths of up to 600m. The new model has increased power and an advanced auxiliary thruster control system that allows for speeds of up to four knots, enabling it to operate in high currents. The vehicle is able to attach to submarines at highly precarious angles, above 40 degrees.

The state-of-the-art submersible vehicle also has some of the most advanced sensors and sonars to locate a distressed submarine as quickly as possible. This includes a doppler velocity log, fiber optic gyroscope, sonar and depth sensing. All sensors and sonar systems are fully embedded into Forum’s software to deliver advanced functionality, including auto depth, auto heading and autopilot. The latter function utilizes an electric propulsor pivot mechanism and is unique to the company’s LR-class SRV. 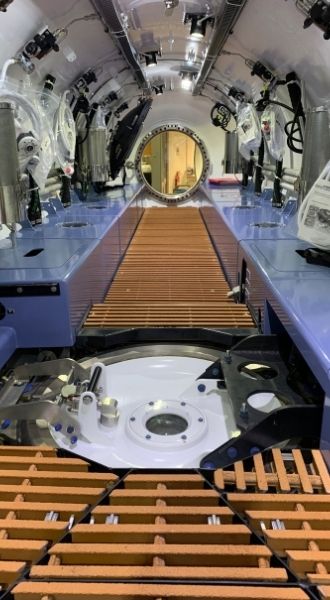 The LR-Class SRV is divided into two sections, a command module for pilots and a rescue chamber for the submarine crew. The rescue chamber can be pressurized as necessary to ensure rescued crew are decompressed to prevent decompression sickness (the bends). Once at surface, the vessel latches to a decompression chamber where crew are safely transferred.

Kevin Taylor, Forum’s Vice President - Subsea Vehicles, commented: “When a navy submarine runs into trouble and sends out an urgent SOS, the rescue mission quickly becomes a time critical military operation to save those on board and prevent worsening health conditions, including decompression sickness (the bends) or fatalities. The SRV must therefore be highly reliable.

“We have pioneered the development of manned submersibles since 1975 and have supported military organizations and naval forces all around the globe. The completion of the SRV is a huge achievement for the business and testament to our highly experienced engineering, QHSE, purchasing, planning and production teams. I would like to commend these groups for their hard work to realize our vision for the future of specialized submarine rescue vehicles.”

The first of the latest LR-class SRV is being packaged and shipped to its final destination later this month (January) before undergoing final sea trials with the client during Q1 2021.