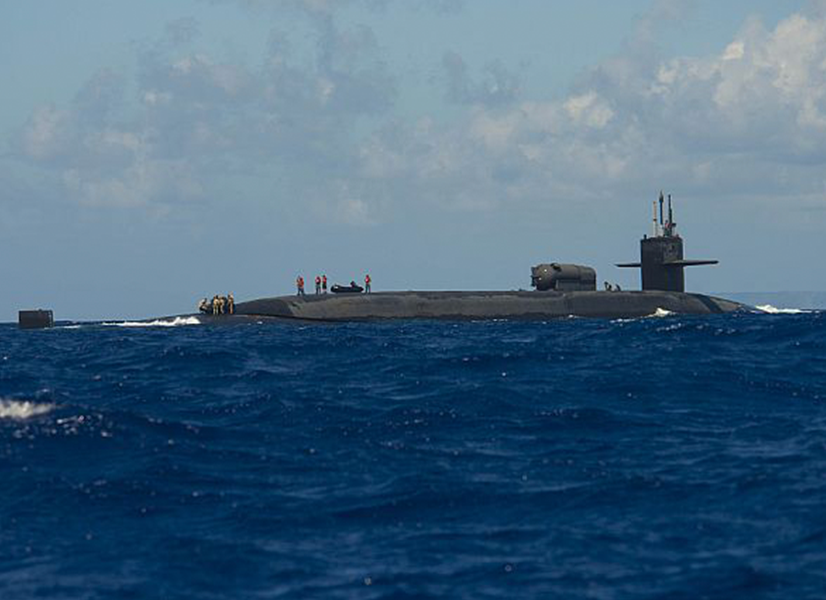 With the release of NAVADMIN 142/15 "FY16 Enlisted Women in Submarines Selections", the first group of enlisted female Sailors from across the Navy has been chosen to serve in the U.S. Navy's submarine force.

"We couldn't be more pleased with the amount of interest shown by enlisted women in wanting the opportunity to serve in the undersea warfare domain. It's an exciting time in the submarine force, as we continue to move forward in shaping the future of our force, drawing from the best pool of talent possible."

A strong response fleetwide was received in the call for enlisted female Sailors applying for conversion into submarine force ratings. Applications from women representing 31 different ratings from shore and sea commands worldwide were received for the initial application period to fill four chief petty officer (E7 paygrade) and 34 rating conversion positions in the paygrades of E6 and below across the two crews of the USS Michigan (SSGN 727). Michigan is one of the Navy's Ohio-class guided-submarines homeported in Bangor, Washington.

Sailors from nearly every community throughout the Navy applied and the selections represented this diverse group of applicants, including junior Sailors who enlisted under the Professional Apprenticeship Career Tracks (PACT) program. The skills and experience they are bringing with them into the submarine force will set the foundation for excelling in their new ratings.

Based on the number of applications, the selection process was competitive and used an objective review and scoring of each application. Selections were made based on the Sailor's performance in their current rating, the Sailor's desired submarine rating assignment, the needs of the ship to fill billets of planned rotations where appropriate, and lastly the needs of the Navy for rating community health, both in the old and new ratings. Applications were scored on performance evaluations, warfare qualifications, commanding officer endorsements, sea service time, physical readiness testing, and similarity of current rating to desired submarine rating.

"There were many exceptional candidates who we were unable to select in this rotation simply because we did not have enough positions open on the first two crews." said Capt. Rod Hutton, deputy commander for the Enlisted Women in Submarines Task Force, "These fully qualified Sailors have been placed on the alternate list and will automatically be considered when we select the next group in continuing to grow opportunities for women to serve in the submarine force. We look forward to reviewing their records again, as well as those of Sailors who want to add their names to the mix this summer and fall."

With the Sailors having been identified, they will now undergo the standard submarine medical screening process. After they have cleared medical screening, they will begin the training pipeline with Basic Enlisted Submarine School (BESS) in Groton, Connecticut. Sailors who applied to change ratings will also be provided the technical training through "A" schools and possibly "C" schools to prepare them for their new assignment.

These selections are only the first step in a long-term plan approved by the CNO to integrate the submarine force and provide opportunities for women in the Navy to serve in all types of submarines in support of all missions in the undersea warfare domain. The next window for applications will open in July 2015, and will be announced via a separate NAVADMIN. The second group of enlisted female submarine conversions will be assigned to another Ohio-class guided-missile submarine, USS Florida (SSGN 729), homeported in Kings Bay, Georgia.