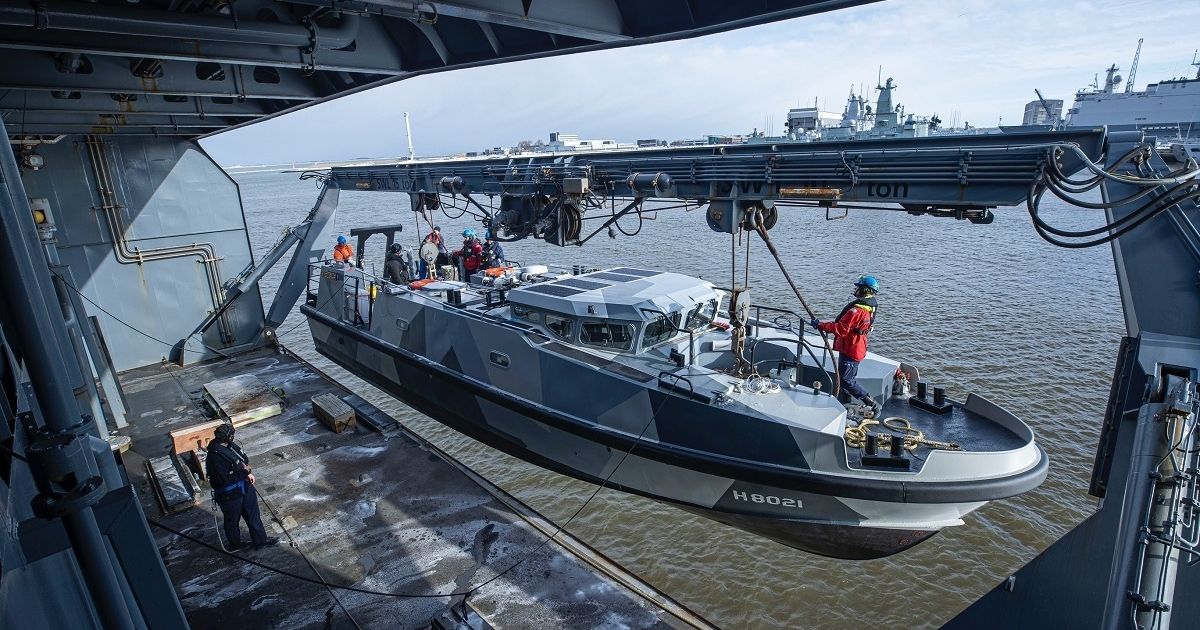 Due to the coronavirus measures currently in force, the naming ceremony and handover took place in an adjusted manner, whereby the majority of the invitees were present via a livestream. The naming was also carried out remotely, whereby outgoing State Secretary of Defense Barbara Visser shattered the bottle of champagne against the ship in Den Helder with the press of a button. The ceremony was attended physically and at an appropriate distance by deputy commander of the naval forces rear admiral Nacht Hulsker, captain of the ESB lieutenant at sea 2 (OC) van Amerongen, director of projects DMO commander Kreiter, deputy director of DSDH Peter van den Berg and the responsible project leader of DSDH. 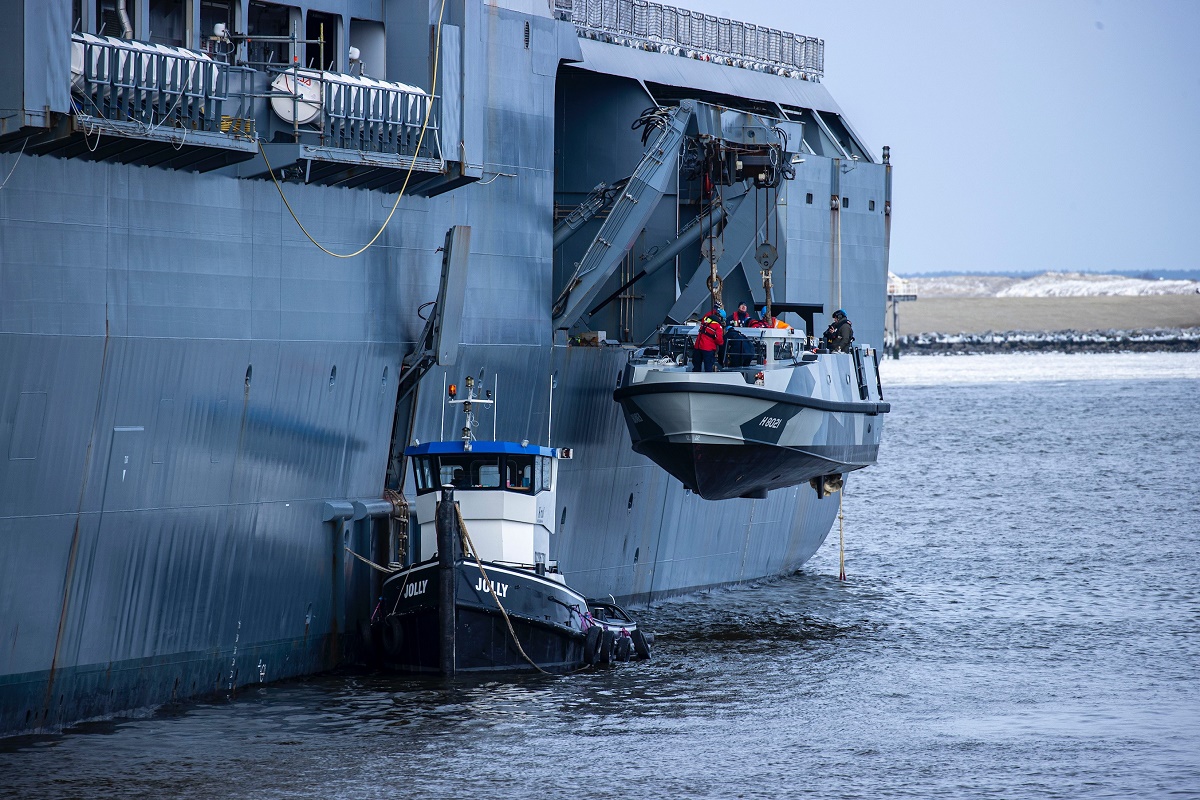 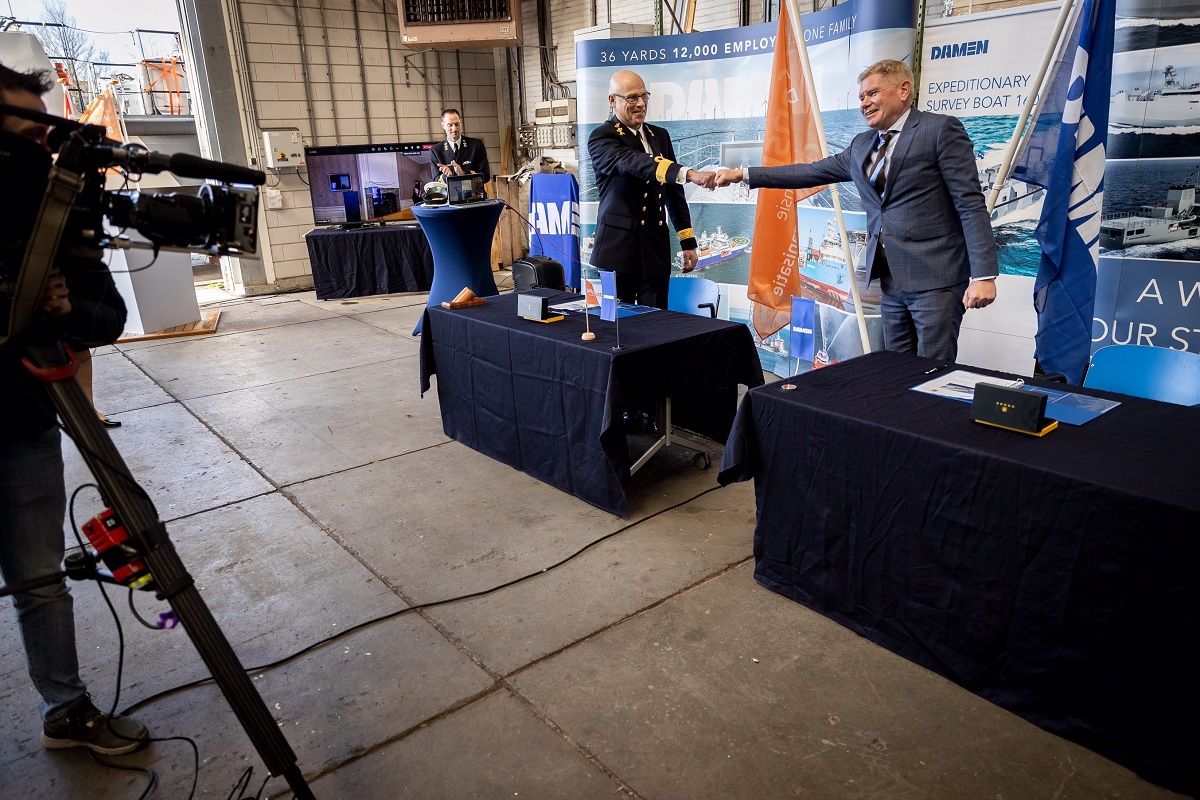 After construction, the Hydrograaf was allowed to receive a maximum weight of 24 tons, in connection with the maximum permissible loading weight of the Davits hoisting installation on ships such as HNLMS Johan de Witt. At the same time, the ship must reach a speed of at least 20 knots, with very low noise requirements and limited space for recording all hydrographic equipment. 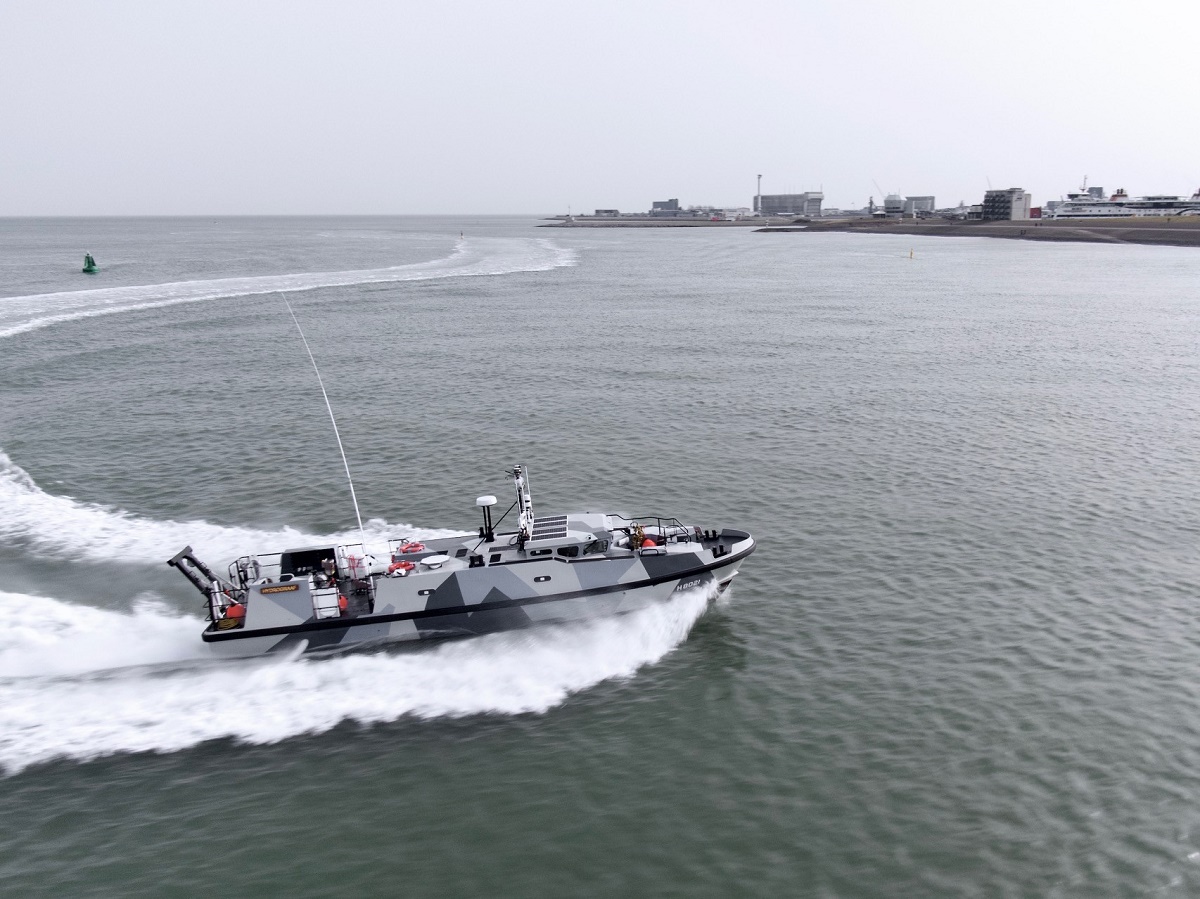 After the naming ceremony, the ESB was symbolically handed over by DSDH to Defensie Materieel Organistatie’s (DMO) Director of Projects, commander Kreiter, followed by a toast to the vessel and her crew.

In the coming weeks, the ESB will be prepared for handover to the RNLN, which will start operating the vessel after a work-up period of several weeks.

The ESB will provide up-to-date information about the soil conditions and the situation below the waterline in places where that insight is required. With this information, the Royal Netherlands Navy (RNLSN) supports expeditionary maritime operations and provides an environment in which ships can navigate safely. The main tasks of the ESB are:

The sixteen meter long ESB can be deployed from the so-called big decks, such as Zr. Ms. Johan de Witt. The ESB can independently perform hydrographic surveys under tactical conditions at a greater distance from the mother ship. She is a fully fledged platform that is comparable to a hydrographic survey vessel (HOV) and meets the highest survey standards.

The name Hydrograaf has been chosen in honor of the National Inspection Vessel Hydrograaf from 1910. It is also a clear reference to the primary task.