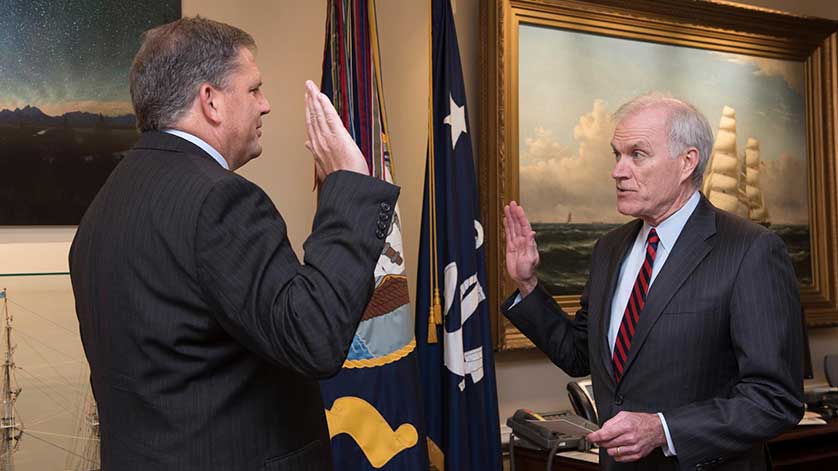 “We are in challenging times and we need rapid and affordable acquisition. As a career leader in the acquisition field, Hondo has proven he is the right person to usher in the reform and innovation needed in the Department of the Navy,” Spencer posted to his Facebook page.

Geurts joins Spencer in the Pentagon’s Navy offices after working a similar job for Special Operations Command, where he was an acquisition specialist.

Ellen Lord, the undersecretary of defense for acquisition, technology and logistics, told the Senate Armed Services Committee (SASC) on 7 December 2017 that she will demand accountability from program managers if their acquisition program goes away.

On average, Lord said, the department awards 1,800 contracts daily, and 36,000 delivery and task orders. Given that volume, she added, every improvement made has the potential to produce significant results. Lord also said she believes DoD should be able to speed the award of a contract by as much as 50 percent.

She promised to brief the SASC in a future closed hearing if they required more details and added that she was not allowed to fire anyone for her first 120 days, but that this constraint has now passed. Asked if she thought that meant changes in personnel, she responded in the affirmative.

However, at this hearing, Senator John McCain (AZ), a known proponent of defense acquisition accountability commented that no one has yet been fired.

Referring to the success of Special Operations Command, Lord told the Senate panel. “Our challenge is to take … these silos of excellence and scale them to the big Army, the big Navy and the big Air Force.”