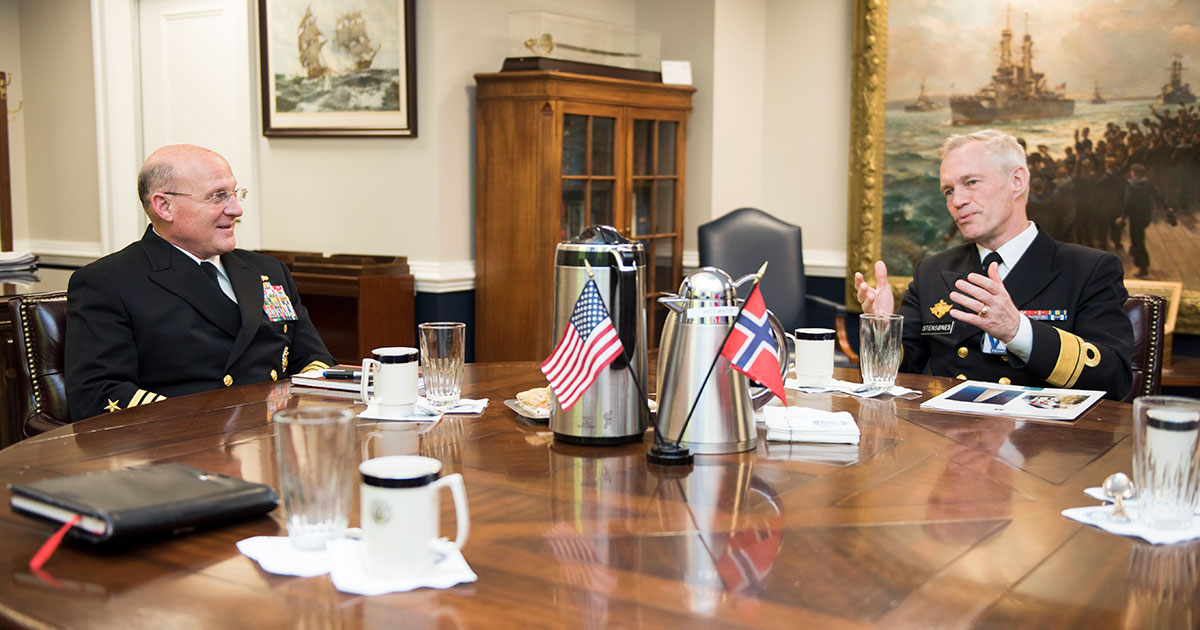 During the office call, the leaders discussed their navies’ commitment to regional maritime security in the Arctic and North Atlantic.

“The High North is a vital region in the world and Norway is a critical partner to ensuring it remains open and free,” said Gilday. “Alongside our Norwegian partners, we are operating toward the same end – continued security and stability that result in prosperity for all - both now and in the future.”

Gilday also highlighted the importance of Norway’s contributions to U.S. and NATO-led coalition operations and thanked them for being a steadfast maritime partner.

The two navies frequently operate and exercise together in key engagements like BALTOPS, the annual joint, multinational maritime-focused exercise in the Baltic region, and TRIDENT JUNCTURE, a NATO-led military exercise held in Norway designed to test interoperability of alliance and partner forces.

Recently, representatives from the U.S., Norway, and other countries worked together at the Naval War College-led Newport Arctic Scholars Initiative where they discussed security cooperation in the Arctic.

This office call marks the first formal meeting between the two heads of navy.