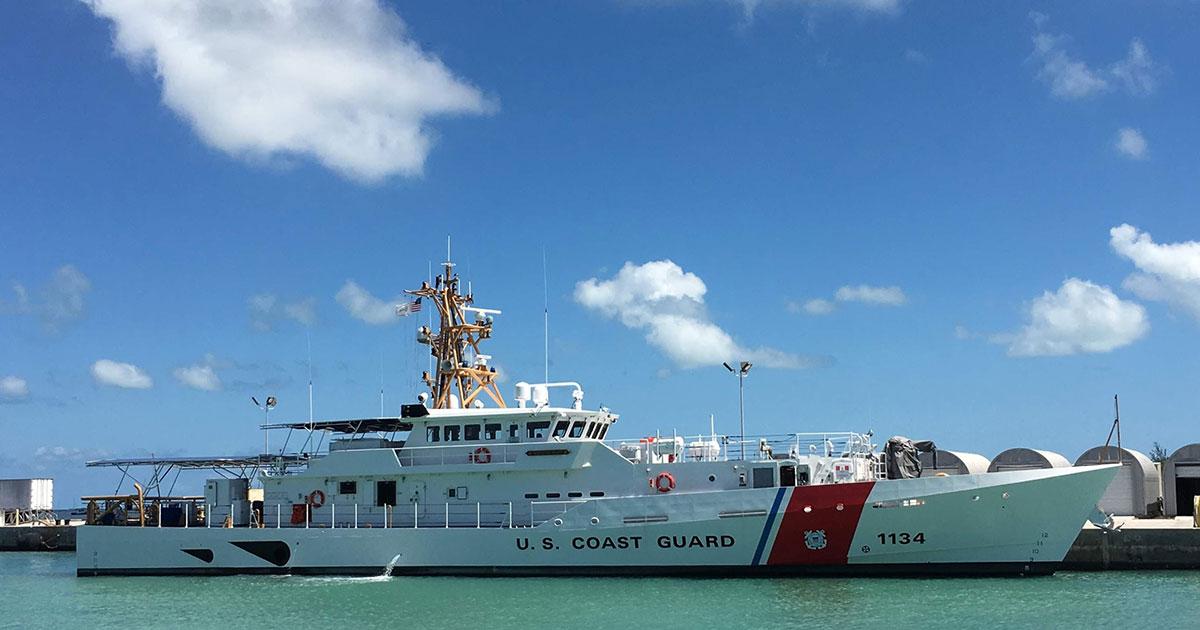 Bollinger Shipyards has delivered the USCGC WILLIAM HART, the 34th Fast Response Cutter (FRC) to the U.S. Coast Guard. The Coast Guard took delivery on the 23rd of May, 2019 in Key West, Florida.

Bollinger President & C.E.O. Ben Bordelon said, “We are very pleased to announce the latest FRC delivery, the USCGC WILLIAM HART. Previous cutters have been stationed around the nation including Alaska and Hawaii. The WILLIAM HART, the third of three fast response cutters to be home-ported in Honolulu, Hawaii will join the cutters OLIVER BERRY and JOSEPH GERCZAK.

The vessel’s commissioning is scheduled for September, 2019. FRCs already in commission have protected our country by seizing multiple tons of narcotics, interdicted thousands of illegal aliens and saved hundreds of lives. The FRC program is a model program for government acquisition and has surpassed all historical quality benchmarks for vessels of this type and complexity. The results are the delivery of truly extraordinary Coast Guard cutters that will serve our Nation for decades to come. We are extremely proud that the Fast Response Cutters built by Louisiana craftsmen here at Bollinger Shipyards are having such a major impact on our country’s safety and security.”

The 154-foot Sentinel-class Fast Response Cutter has a flank speed over 28 knots, state of the art command, control, communications and computer technology, and a stern launch system for the vessel’s 26-foot cutter boat. The FRC has been described as an operational “game changer,” by senior Coast Guard officials. Recently, the Coast Guard deployed the FRC 1124, OLIVER BERRY from Hawaii across the Pacific to the Republic of the Marshall Islands. The 4,400 nautical mile trip marked the furthest deployment of an FRC to date. This trip showcases the hugely expanded operational reach and capability that the FRC provides.

Each FRC is named for an enlisted Coast Guard hero who distinguished him or herself in the line of duty. This vessel is named after Coast Guard Hero William Hart. In November 1926, while assisting a crew abandon ship due to heavy seas and treacherous weather, Hart skillfully maneuvered his boat near the tug and took off the crew. While doing so, one member of the crew of the tug fell overboard and was in imminent danger of drowning. Hart jumped overboard and affected the rescue at great personal risk. For his heroic and selfless action, Hart was awarded the Gold Lifesaving Medal on May 24, 1927. Hart was also commended for actions in response to a floating gasoline fire in Arundel Cove while on board CG-210 on August 26, 1927.