The full panoply of Anglo-French amphibious striking power is being unleashed against France's Atlantic coast as the two nations prepare to form a combined task group.

Played out along a 130-mile stretch of the French coast between Quiberon Bay to La Rochelle and involving 14 warships and support vessels, the exercise is the latest in a series this decade which have tested the combined amphibious forces of Britain and France to work hand-in-hand.

The goal is to create a real-word Combined Joint Expeditionary Force, able to respond to global events - conflict or humanitarian - should Paris and London decide intervention is needed, from 2020 onwards. 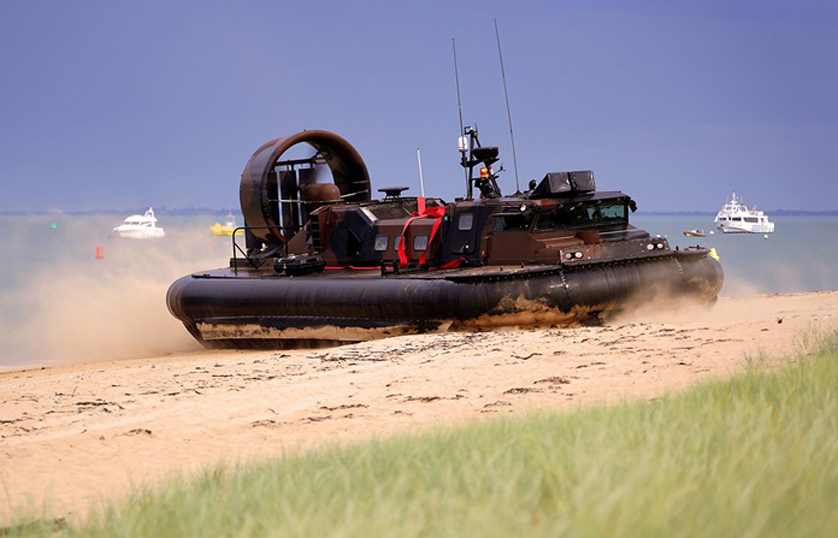 As a big stepping stone to that goal, the French-led exercise allows personnel to share ideas, tactics and capabilities, test joint planning and communications, thus ensuring the success of any future Anglo-French amphibious task force and strengthening the strong bonds that already exist between the UK and France.

X Company from Arbroath-based 45 Commando and the Surveillance and Reconnaissance Squadron from 30 Commando in Plymouth and French Marines from 9 Maritime Infantry Brigade (9 BIMA) are working side-by-side, operating from Lyme Bay and FS Tonnerre (which is a hybrid helicopter/landing craft assault ship).

They are making use of Royal Marines hovercrafts and inflatable raiding craft from Plymouth-based 539 Assault Squadron for small-scale landings and reconnaissance missions… …while the Chinooks and French CTM landing craft are being used to move larger numbers of marines and their equipment ashore.

The landing capabilities were tested first on the Ile d'Oléron - home of the world-famous sea fort Boyard - as Royal and French marines came ashore.

The next phase sees them moving to Quiberon and Vannes to conduct the tactical phase of Catamaran, which will also involve an armoured assault.

"It has been a good experience working with the French Marines, they are a professional force. The only problem we have encountered has been the language barrier, but we are working around that," said Marine Scuneman from X Company.

Major Source of Methanol in the Ocean Id