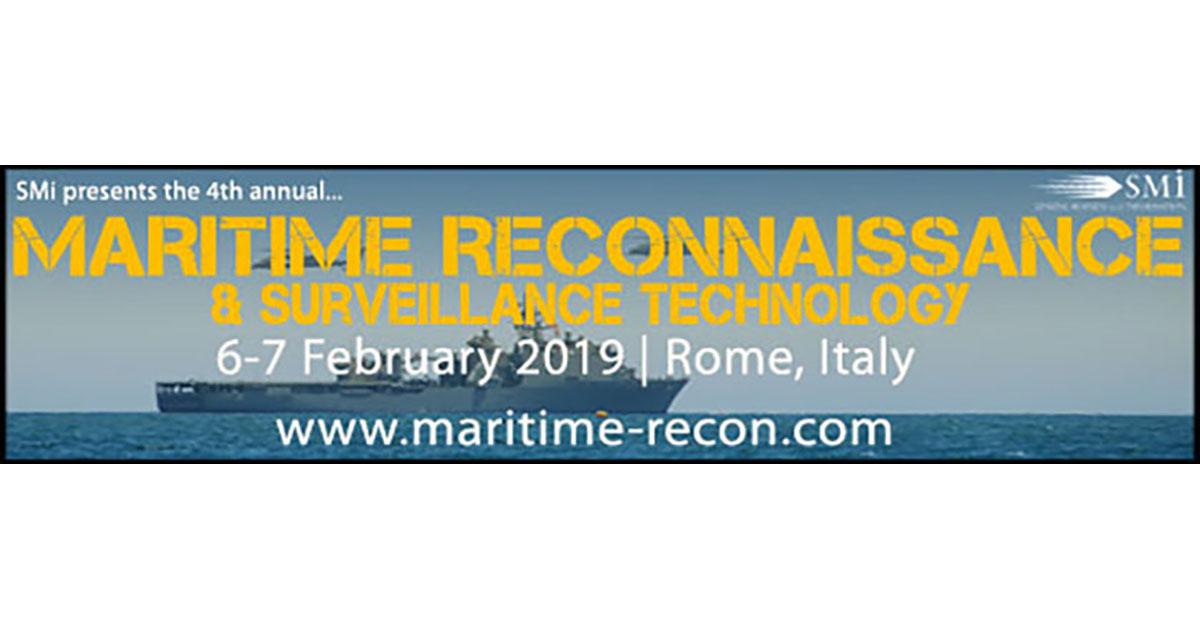 SMi’s 4th annual Maritime Reconnaissance and Surveillance Technology will commence in 2 weeks’ time, on the 6th and 7th February in Rome, Italy.

The two-day conference will host exclusive discussions on space-based technologies amongst other topics, to help militaries worldwide achieve and enhance their comprehensive maritime domain awareness. This conference brings together NATO, Allied and European nations to discuss the operational and technological challenges facing navies and other maritime organisations as they try to monitor the sea to protect their borders and ensure the blue economy continues to grow.

The conference this year is sponsored by two gold sponsors, Leonardo and Orbital Micro Systems and sponsor/exhibitors Aerodata AG, ICEYE OY, ImageSat International, Kleos Space, Raytheon and Windward. The sponsors will be showcasing their latest technologies and solutions.

>>Register for the conference<<