Excess water vapor in a sealed housing can cause system failure at depth. Condensation due to cold temperatures can fog a camera viewport or short circuit electronic boards. It can cost a researcher his data, “The Shot” from a camera, or even the instrument itself. Prudent designers will provide a means to proactively remove entrained moisture before deployment.

Background Science
The two factors that determine how much water vapor is in the air are 1) the source of water, and 2) the amount of heat available to cause evaporation.

Any closed rigid volume, such as a pressure case, sealed in a warm, moist environment such as on a ship, will contain some amount of water vapor. The volume of any closed pressure resistant case will remain essentially constant. Changes in ambient temperature will produce small variations in internal air pressure due to the interior air expanding or contracting. However, the change of ambient temperature will have the greatest effect on the entrapped water vapor.

As an instrument descends deeper into a cold ocean, the instrument cools. For a given amount of water vapor captured at warm temperatures in a housing at the surface, the temperature in the deep sea can easily drop below the “dew point temperature,” the minimum temperature needed to keep that moisture vapor in suspension. At the dew point, the relative humidity will be 100% (figure 1.). At the moment the temperature drops another degree, the housing will fill with fog, as water vapor condenses on everything—circuit boards, camera lenses, and the housing interior walls.

By reducing the amount of water vapor present, the dew point temperature can be lowered to below the coldest temperatures found in the ocean.

Application
There are two approaches to reducing water vapor: use of desiccants and exchange of dry air.

Desiccants
Desiccants are hygroscopic materials that absorb water molecules on contact, reducing the amount of moisture present. Desiccants themselves are chemically inert and, therefore, not a hazardous material. They can be carried on board commercial aircraft without concern, though it is advisable to include an MSDS with the product to inform the TSA about the chemical. Desiccants can include a humidity indicator, which change color with the degree of water saturation. One common indicator changes color from blue (fresh) to purple to pink (used). This is very helpful in at-sea operations, giving a visual indicator to personnel preparing the device for deployment.

There are two methods of employing desiccants: passive and dynamic.

The passive method simply involves strapping desiccant packages onto the interior frame using a cable tie. Many companies, including MultiSorb Technologies and DryPack Industries, make these packages in many sizes.

Moisture vapor moves around within the entrained volume of a pressure housing primarily by diffusion. As the moisture is removed from the air surrounding a desiccant pack, nearby water Molecules diffuse into the drier region. This takes time, and operators are advised to wait as long as 2 hrs before deployment, time that is not always available.

Use of passive desiccant packs are also useful for capturing outgassing moisture from interior components such as certain polymers, including printed circuit boards, and other materials such as cardboard-covered custom battery packs.

The dynamic method involves the use of a vacuum pump as part of a purge system to remove a fraction of the interior air. Care must be exercised to not damage any interior components by pulling too high a vacuum. Generally, removing 1/3 bar is adequate.

With the air partially removed, a negative pressure is created inside the housing as compared to outside. The higher external pressure is used to drive ambient room air through an indicating desiccant chamber, forcing it to lose its moisture. The dry air then enters the sealed housing, mixing with the residual moist air, reducing the overall relative humidity on the interior. The vacuum pump is then used to remove another 1/3 bar of air. Then external air is forced back in, passing again through the desiccant chamber. The interior relative humidity is lowered further by the in-rush of dry air mixing with the residual air. Three or four cycles later, the interior air is as dry as a desert. This technique has proven effective on deployments from inside the Arctic Circle to the bottom of the Challenger Deep in the Mariana Trench.

In a complete system, the use of a self-sealing purge port allows the purge fitting from the purge box to be easily disconnected, while holding a small vacuum within the housing. The self-sealing feature precludes moist exterior air from entering straight through the port, undoing all the work done to purge the system. The small amount of residual vacuum, <1/3 bar differential, beneficially pre-loads the housing seals prior to deployment. Mechanical and electronic sensors can alert the end user to a seal leak and help preclude the Loss of an instrument due to a bad seal.

The vacuum purge system is inherently safe for operation. Once the interior pressure is equalized with the exterior pressure, the flow stops. It is impossible to over-pressurize the interior. The process uses a single port, limiting the number of potential seal failure points. The pressure proof cap can be carefully cleaned, inspected, and replaced.

The vacuum pump can be operated from a universal power supply, allowing operation in any port-o’-call. 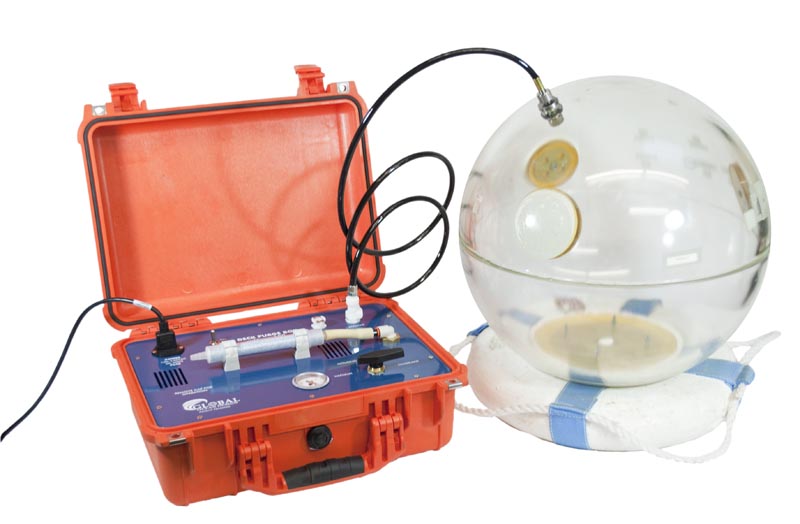 Figure 2. This Deck Purge Box is an example of a safe and field-tested way to dynamically eliminate excess moisture in undersea instrument housings.

Dry Air Exchange
Dry air may be supplied from 1) a dry SCUBA tank air, 2) dry nitrogen, or 3) a dry refrigerant. It is not advisable to use welding gases or medical oxygen.

Marine air within a housing must be removed in order to replace it with dry air. There are two techniques to do this: a vacuum pump to draw the air out, on displacement using flow through of a dry gas.

Vacuum Pump: With a vacuum pump, the air is withdrawn from the pressure housing through a single port, lowering the interior air pressure. That air is replaced from a source of dry air, generally a high-pressure compressed gas tank. This method presents several obvious problems:

1) Safety: it is possible to over-pressurize and rupture a housing;

2) Weight and handling: high-pressure bottles are heavy and cumbersome to move about a ship;

3) Shipping: high-pressure bottles cannot be shipped full, requiring the bottles be filled on site; and

4) Differences in international standards for high pressure fittings may not allow the bottles to be filled on site after all. 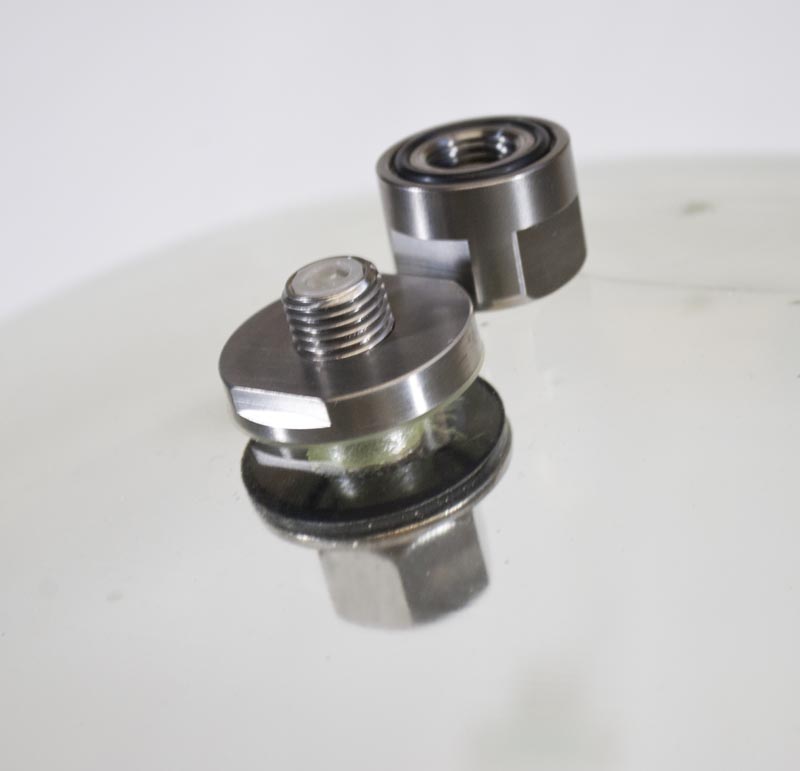 Displacement: Another way to purge moist air from a housing is to use an inert gas to displace interior air. A heavier- than-air gas can be blown into an upright pressure case, displacing the moist interior air from the bottom up, and the end cap then installed and sealed. No additional seals are required, though the method is less controlled and no partial interior vacuum is retained.

A variation of this method is to place one purge port on each end of the housing, blowing from the compressed dry air source into one end of the pressure housing as the interior air is forced out the other. This mixes the dry air with the moist interior air as it passes through, progressively lowering the interior dew point temperature.

These last two approaches have the advantage of using the high-pressure air to displace the interior air while precluding the danger of over-pressurization. It does require the use of highpressure air, with the aforementioned shipping dilemmas. The displacement method could use an air pump moving air through a desiccant chamber and into the housing. This would obviate the need for any high-pressure bottles. It does require a second port with the extra seals, and no partial vacuum would remain to pre-load pressure housing seals prior to deployment.

Purge Ports
A “purge port” is a thru-hull fitting that allows for exchange of air between outside and inside. These are also called “vacuum ports.” There are three primary classes of purge ports: open port; self-sealing port; and Pressure Relief Valve (PRV).

The open port is simply a hole in the bulkhead behind a sealing plug or seal screw. The sealing plug is generally held in Place by a non-metallic retaining plate and screw. The orifice size is small so the air exchange is restricted, providing a few moments for the operator to install the sealing plug or seal screw while un-dried air is being drawn in by the interior vacuum (Figure 3). Any airflow in or out can compromise the seal by pulling debris across the greased o-ring sealing surface. In seal screw designs, a very small, fine thread, such as a 4-40, is used on the seal screw. This presents the possibility of crossthreading on insertion or over-torqueing and snapping the screw upon installation.

A self-sealing port includes an interior check valve that opens when the purge fitting from the purge box is attached and closes when the purge fitting is removed, in a manner similar to a bicycle tire fill valve (Figure 4). It will not seal against ocean pressure, however, and a pressure proof cap is required to protect the plastic valve from exposure to the ocean. 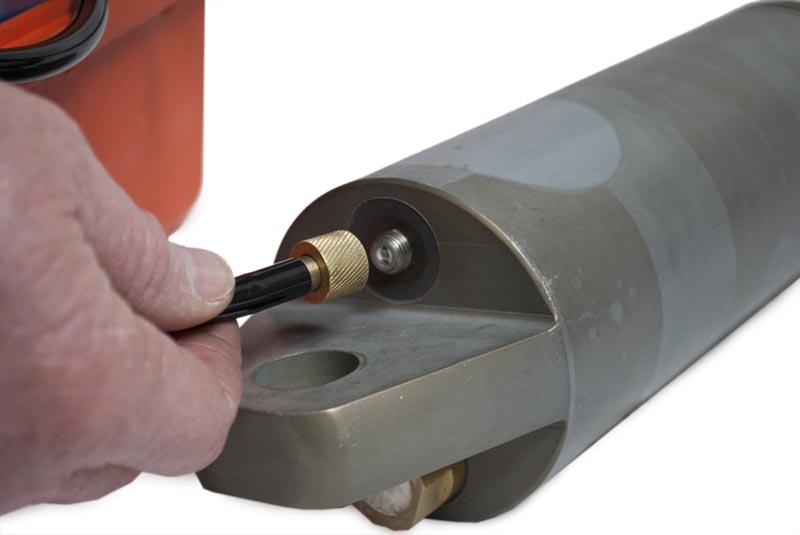 Lastly, a PRV is a spring-loaded, one-way check valve designed to relieve internal over-pressure. Internal overpressure may occur with an air-compensated pressurized system returning to the surface or with unexpected battery outgassing. Some engineers have modified their PRVs to be held open during a purge cycle, allowing a two-way exchange of gasses. Because the interior primary o-ring cannot be inspected or cleaned prior to deployment, there is the possibility that debris may have been carried by the transit of air onto the sealing surface and not removed. Lint, wire insulation, hair strands, or other debris on the sealing surface will compromise the function of the o-ring seal. A more confident solution is to use a PRV for its intended purpose as a safety valve and not as a vacuum or purge port.

The success of at-sea operations can hinge on a field team’s ability to manage water vapor in subsurface equipment prior to deployment. Adding the purge process to the system prep checklist will pay off big rewards in the end.