As Arctic ice melts and traffic increases in the northern seas, navigation and survey of these regions becomes more frequent. No longer will navigation at high latitudes be restricted to certain types of scientific missions, but it is expected that as the ice melts, economic incentives to enter these previously frozen seas will increase. From tourism to oil and gas, even defense, most experts agree that nations bordering or near the Arctic have plenty of incentive to increase both navigation and survey operations in the high north. It is even possible that navigation through the North West Passage will allow efficient transport of goods across a much shorter distance than is possible via the Panama Canal. 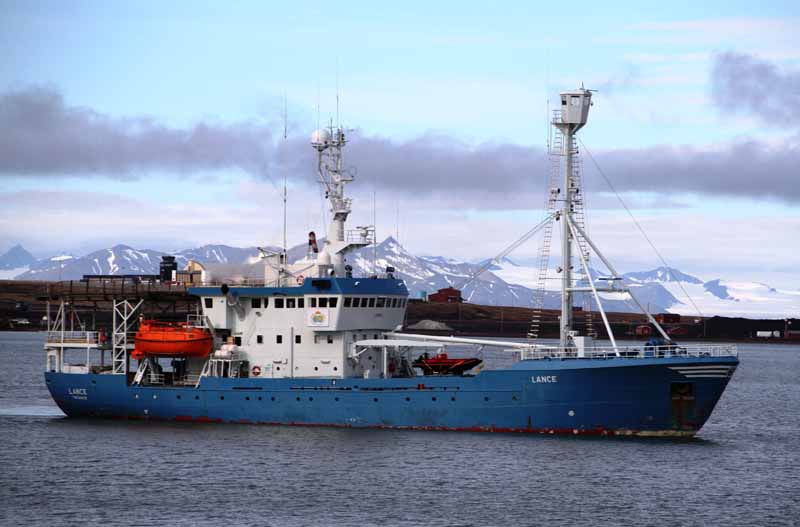 The Challenge
So what happens with all these extra ships? Will navigation remain safe (and accurate) at such high latitudes?

There are not a lot of airport runways in the Far North. Consequently, inertial navigation systems (INS) aboard airplanes are typically aligned on the ground at a lower latitude. However, ocean-going vessels working in these regions are much more likely to begin their trips at high latitudes, meaning that the inertial system is both initialized and then operated at high latitudes.

When paired with a global navigation satellite system (GNSS), this problem can be overcome, but this solution does not work for underwater ocean operations, where GNSS signals are unavailable due to the conductivity of salt water. Currently, navigation at high latitudes relies on gyrocompass and inertial navigation systems for subsea navigation. However, gyro compassing at high latitudes requires more accurate sensors than at lower latitudes, and the algorithms used have to be adjusted to correct for the singularity of the North (or South) Pole. All of this means that it is extremely important that all inertial equipment be expertly designed and thoroughly tested.

The Test
During the summer of 2014, in a collaboration with the Norwegian Polar Institute, iXBlue tested the QUADRANS gyrocompass and PHINS navigation systems aboard the RV Lance, which operates primarily in the Arctic, but has also been used for Antarctic expeditions.

On this journey, Lance traveled all the way to 81 degrees latitude. How far north is this? Well, this latitude runs through the Greenland Sea at the Prime Meridian, as well as parts of the Arctic Ocean and the Kara Sea. We’re talking the Far North here.

During these tests, much was learned about the potential difficulties INS faces at high latitudes. By analyzing the heading accuracy, long term stability, and navigation accuracy of INS alone (i.e., without GNSS support), it was clear that INS at high latitudes requires high-end sensors. While iXBlue had tested equipment meeting these requirements via simulation, they were eager to compare those results to real-world operations. The chance came when the Norwegian Polar Institute offered to host the test INS aboard Lance, while the vessel recovered station moorings and deployed new ones over the continental slope to the north-east of Svalbard, a Norwegian archipelago in the Arctic Ocean halfway between continental Norway and the North Pole.

The mission planned to travel from 88.22 degrees N, up to 81.6 degrees of latitude, but an unusually high-level of sea ice restricted the trip to 80.83 degrees N. 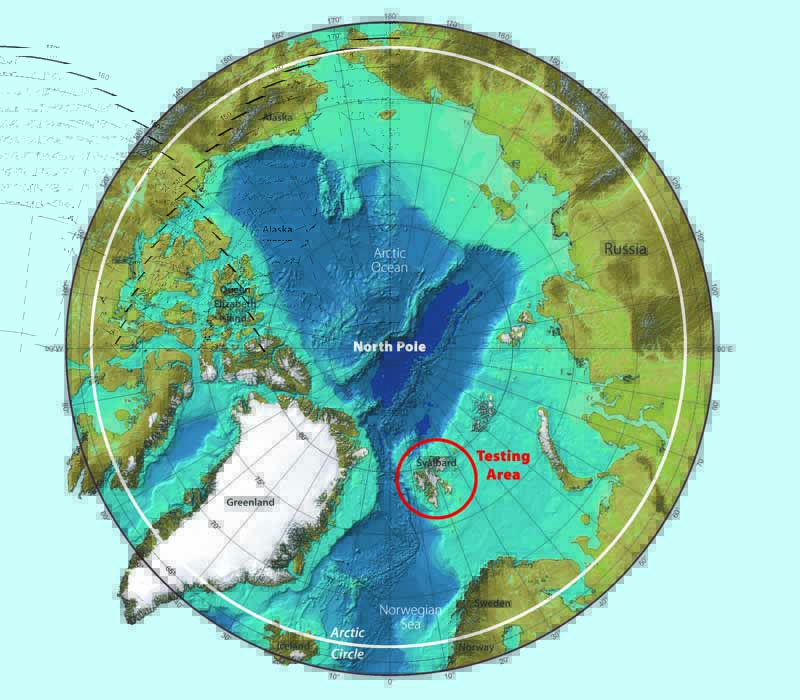 All equipment tested (iXBlue’s new gyrocompass QUADRANS and the PHINS inertial navigation system) was mounted on the mast, with the gyros secured to the wall by a bracket. Both units were tested with and without the aid of GNSS. Measured data from a GPS receiver was provided to both systems through an Ethernet connection. A double antennae GNSS array was used as a reference. This allowed references for both heading and position. Both antennae were mounted on the aft end of the helideck by setting them on firmly secured tripods. The expected accuracy for the set up was determined to be 0.03 degrees RMS.

Results
PHINS
The PHINS navigation system can align and navigate without GNSS position aid, but the accuracy of both heading and position are improved when aided by GNSS position data. Both modes of operation were tested. When tested with GPS position data aid, PHINS performed well against the dual antennae reference. After an initial alignment period (during the first minutes of the test), PHINS converged rapidly toward the true heading. After alignment, the difference between PHINS and the referenced baseline remained quite small. Because the RMS of the heading difference was 0.04 degrees, compared to the dual antenna GPS receiver at 0.03 degrees, it is hard to provide a reliable figure of PHINS heading accuracy. What we do know, however, is that PHINS and the reference system had the same order of magnitude for heading accuracy.

PHINS second test followed 6 hours of GPS aiding, after which no external data was provided to PHINS across a 12 hour period. During these 12 hours, PHINS operated in pure inertial mode. RMS value between the reference and PHINS headings during the 12 hour unaided test was 0.09 degrees, while the PHINS specification under these conditions at this latitude is 0.12 degrees. In part, the RMS error can be attributed to the noise of the reference as well as synchronization between PHINS and the reference time. When PHINS is not aided, a check of position accuracy is needed. This is because position drift in pure inertial mode could be large if the sensors do not perform at a very high level. The maximum error over 12 hours was 2.2 nautical miles while PHINS specification for this same time period was 7.2 nautical miles. In the testing, PHINS met its specification by a factor of 7.

QUADRANS
iXBlue’s latest small gyrocompass is QUADRANS. QUADRANS is able to provide heading without position aiding. The only aiding required is velocity, which allows the device to compensate for North velocity. In these tests, QUADRANS was tested in a mode when it was aided by a velocity equivalent to the one provided by an electro-magnetic log. No GPS position was provided to QUADRANS. The specification for QUADRANS at this latitude is 1.3 degrees RMS. Test results showed that after a 30 minute alignment phase, the heading error remained constantly below 0.22 degrees. With an RMS error value of 0.09 degrees, this amounts to quite a success!

Conclusion Both PHINS and QUADRANS performed extremely well in these real world trials. According to the testers, reasons for include the fact that iXBlue products use Fiber Optic Gyro (FOG) sensors. The parameters for these sensors are very repeatable and reliable. They remain extremely stable after factory calibration, including across ON/OFF cycles, temperature variations, operational vibrations, and so forth. Another reason the products performed well is that the algorithms used take efficient advantage of any aiding to estimate small variations of the sensors’ parameters. The result is a calibration of the sensors while running, which allows for real-time compensation. Because of these factors, the stability of parameters is extremely solid, so that value estimated during times when aiding is available remains valid for a long period of time. In fact, these values were so stable that the PHINS positions performance over 12 hours had a maximum error of only 2.2 nautical miles.

Because of these encouraging results, it is possible to imagine that inertial navigation systems like PHINS and QUADRANS will be a key technology for maintaining accuracy in navigation without dependence on infrastructure. In these tests, the systems showed a robust capability for autonomous, self-contained, independent operation. Their use of high-end sensors pays off in superior performance at high-latitudes, proving that these iXBlue products are ready for the challenges of operating in these regions.