The international marine community will have its eyes focused on a Nova Scotia ocean technology company as its launches a program to help protect killer whales or orcas from man-made threats in Active Pass in British Columbia’s Gulf Islands archipelago near the Port of Vancouver. The success of the project could have a positive impact on declining killer whale populations globally.c

Ocean Sonics Ltd. of Great Village, a small community near the Bay of Fundy, will work with Fisheries and Oceans Canada and use its smart hydrophone technology to produce underwater data to help protect the whales from shipping and possible oil spills.

The whales are from the J and L pods which are endangered because of their low numbers. As of March 15 of this year, the J pod had 27 whales and the L pod 35.

The project starts in Active Pass, which is bordered on both sides by islands that concentrate sounds of ships and other vessels passing through it making underwater navigation difficult for the whales, three listening points will be set up, one at each end of the Pass and the third in the middle. Each listening point will use multiple hydrophones to locate the killer whales, which are vocal animals, and identifiable by the sounds they make.

Collecting multiple positions over time will provide a track of the animals. Each listening point, or node, operates independently of the others but the data can be combined at a central station to create a bigger picture of whale activity. A graphical chart will show the animal and vessel locations.

Knowing where the pods are and the direction they are traveling in real time will give vessel operators and port authorities information they need to direct nearby shipping and avoid potential problems. 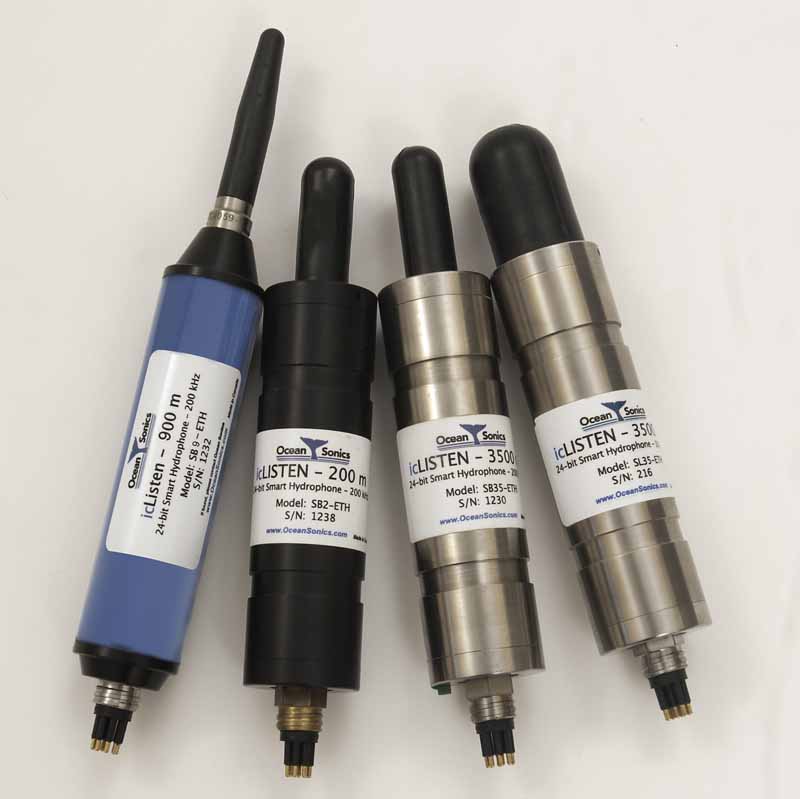 Ocean Sonics, with partners at Polytechnic University in Catalonia, Spain (UPC), have developed the proprietary sound classification and localization software which presents highly processed information at a high level suitable for operations personnel.

Mark Wood, President of Ocean Sonics and the developer of the smart hydrophone concept said from the collected data a 2D (two dimensional) map can be produced of the whales and ship movements so shipping can be redirected if required. The information will also help biologists who are looking to observe interaction between whales and shipping. That interaction is not well understood at this point and it is a concern because shipping in the area is expected to increase significantly over the next few years, said Wood.

A further concern with the whales is the threat of oil spills and the impact they might have on their habitat. Wood said that earlier this year, there was a small oil spill near Vancouver in English Bay. “They cleaned it up in a few days but it was a wake-up call,” said Wood. If there had been killer whales in the area before the clean-up it could have been a serious issue.

“So if there is an oil spill in the future, knowing where those animals are would be really important,” he said.

Ocean Sonics plans to have the first instrumentation in the water by the end of the summer and shortly afterward collecting data.

DFO will do the constant monitoring of the system which will produce important of information for decision makers.

Local authorities support the project and the long-term plan is to interface with the port so they can manage shipping, said Wood. “By knowing where the whale pods are, if there is any kind of an incident they will be able to respond quickly,” he said.