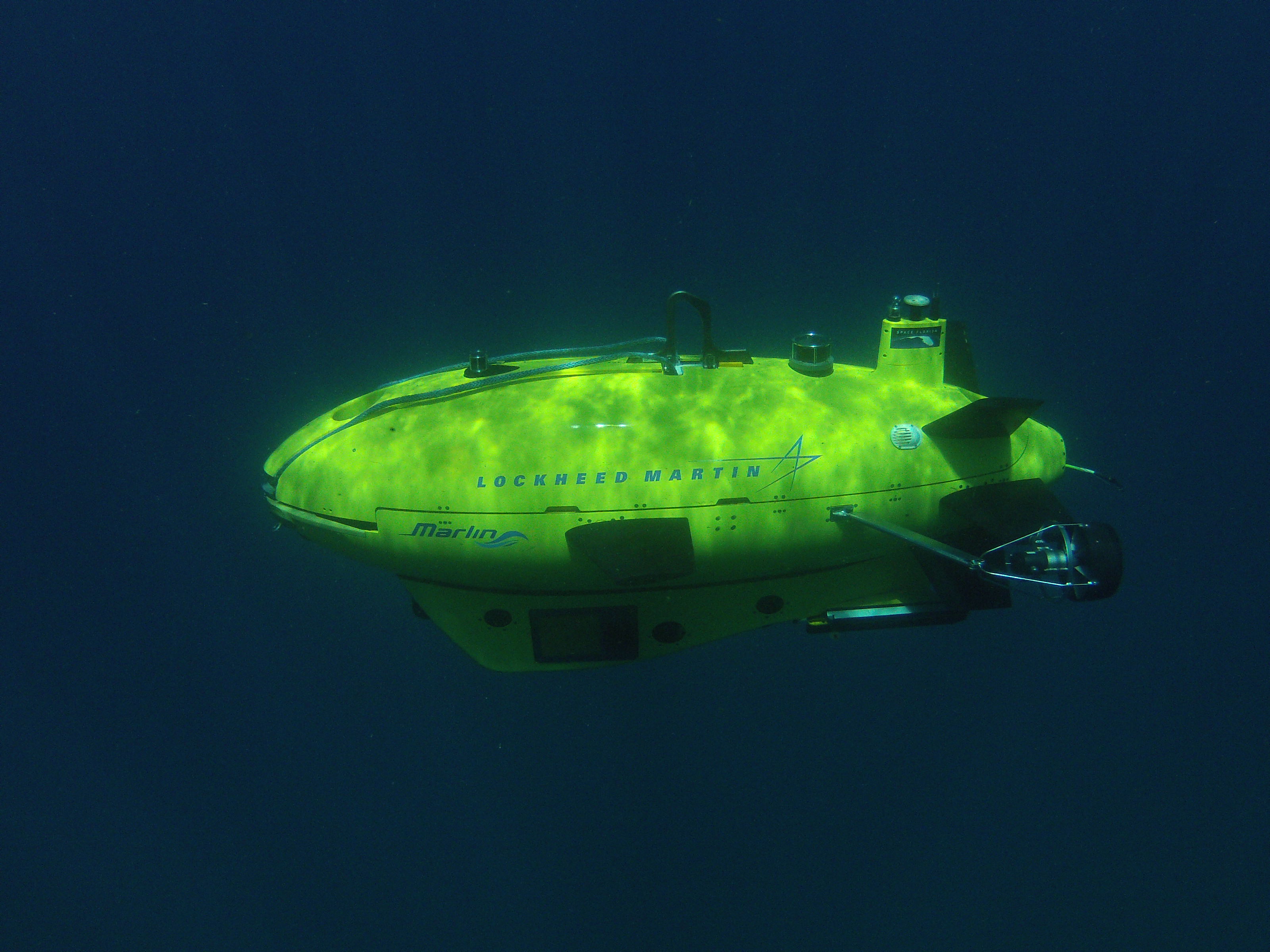 Lockheed Martin has merged these two technologies and has demonstrated an AUV-based 3D laser imaging capability that will become a valuable tool for subsea structural integrity management. It will enable autonomous, real-time, millimeter resolution 3D modeling, change detection, and structural integrity assessment and will deliver these results while offering improved safety, higher operating efficiencies, and reduced costs to the Field Operator.

Using an underwater 3D laser developed by 3D at Depth LLC and supported by funding from the Research Partnership to Secure Energy for America (RPSEA), Lockheed Martin has completed a 2-year, four-phase development project that has extended its revolutionary AUV-based 3D sonar modeling and change detection to employ a 3D laser sensor, thereby improving model resolution and accuracy by an order of magnitude.

A critical aspect of this development was the real-time fusion of the 3D laser and sonar data with the vehicle’s navigation and control systems to produce high-quality, motion-compensated 3D models from a moving vehicle. In order to verify proper performance of this capability prior to offshore testing, extensive high fidelity simulation of 3D laser imaging from a moving Marlin® AUV platform was conducted in Lockheed Martin’s state-of-the-art Simulation Laboratory located in the company’s Palm Beach, Florida facility. Simulation was conducted against a range of operational scenarios developed in conjunction with a Project Working Group consisting of members from six major deepwater operators. Simulation testing included the following scenarios that were deemed to be of high interest by the Working Group: 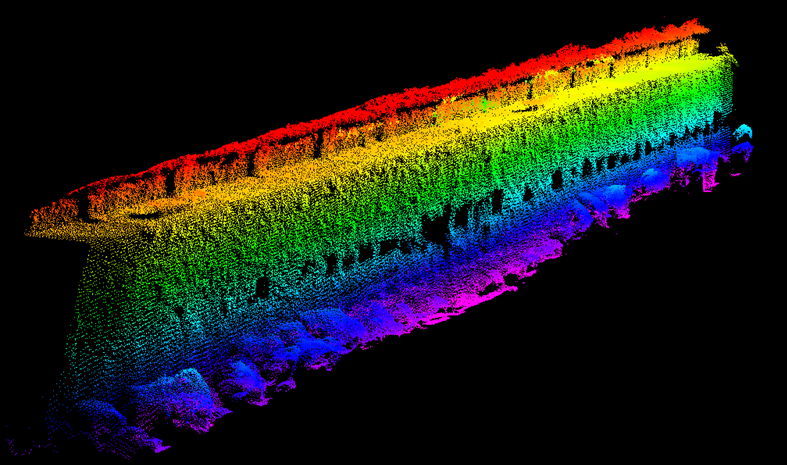 Figure 4. Point cloud resulting from a single pass 3D laser imaging scan of a sunken barge by the Marlin® AUV conducted at 1 knot and at a 5.25-m standoff range.

The laboratory simulation testing resulted in an impressive degree of accuracy. For example, a simulation test case in which an AUV swimming at 2 knots at approximately a 5-m standoff from the target conducted jumper metrology that yielded results less than 13 mm from “ground truth” along a 17-m jumper span (<0.08% error) after insertion of simulated noise for timing, sensor calibration, sensor errors, and representative navigation errors. Excellent results were also obtained for simulated measurement of angular/dimensional and/or volumetric parameters for wellhead verticality (less than 0.08 degrees from ground truth), anode depletion (2% to 4% error), and spoils volume (<2% error), which all fall well within the desired operational accuracies for such inspections.

Figure 4 provides the point cloud resulting from a single pass 3D laser imaging scan of a sunken barge by a Marlin® Mk2 AUV conducted at approximately 1 knot and at a 5.25-m standoff range. The barge structure, approximately 72 ft in length, was scanned in approximately 45 seconds, and the geo-registered point cloud yielded dimensional accuracies consistent with simulation results.

Figure 5 shows the point cloud model resulting from a 3D laser scan of a jumper metrology test target by the AUV at 1 knot and 6.5-m standoff range. The single pass scan was completed in approximately 7 seconds and yielded a primary longitudinal dimensional measurement with less than 2% error from ground truth. Future testing will include multiple imaging passes by the AUV at slower survey speeds and at closer standoff ranges, which are expected to result in denser point clouds and higher measurement accuracy.

The results of these trials demonstrated that 3D laser imaging from a moving AUV can produce geo-registered 3D models with sub-centimeter resolution and that AUV-based 3D laser imaging is a viable alternative for inspection of subsea structures such as trees, jumpers, PLETs, manifolds, pipelines, flowlines, risers, and mooring lines. 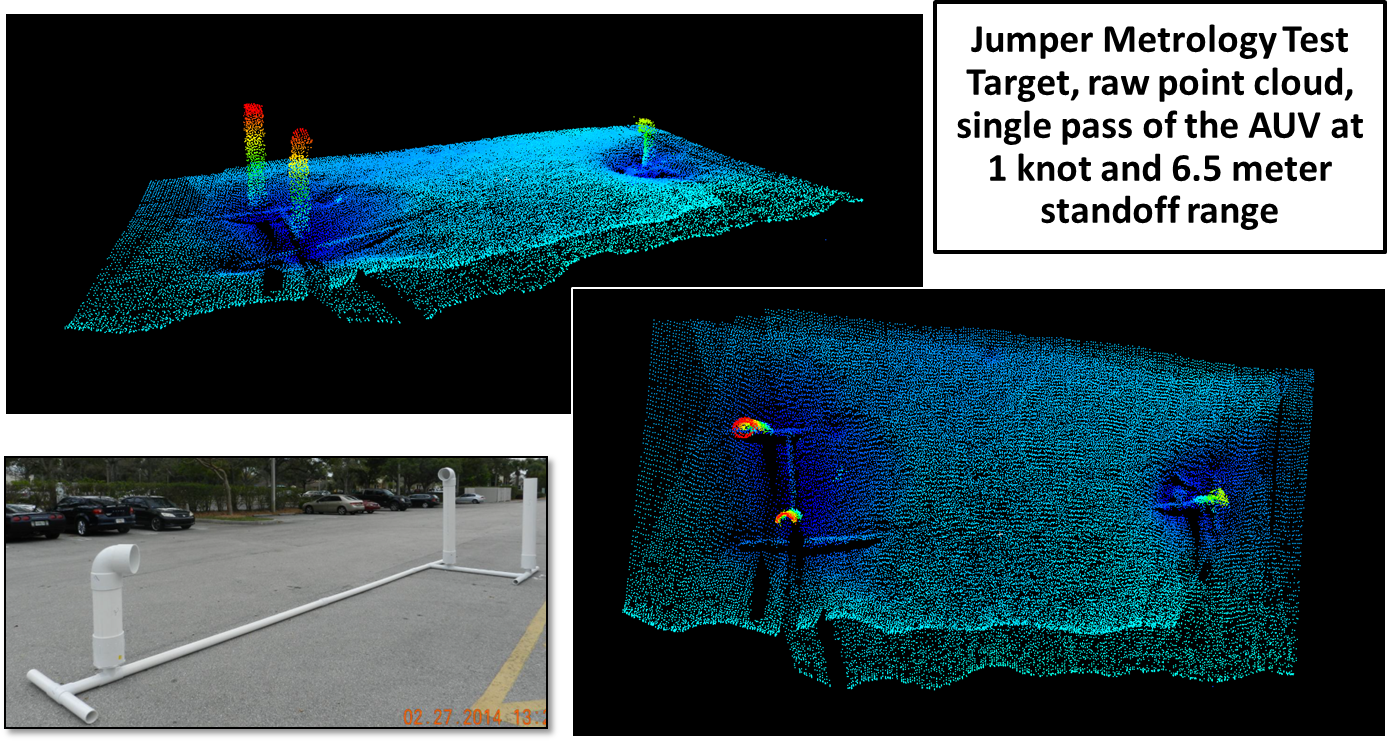 Figure 5. Point cloud model resulting from a 3D laser scan of a jumper metrology test target by the Marlin® AUV.

When combined with the power of Lockheed Martin’s feature-based navigation, real-time 3D modeling, and change detection, AUV-based 3D laser imaging can perform a wide range of inspection tasks with truly remarkable results. Capabilities include generation of geo-registered “as-built” models of structures on the seabed or in the water column, periodic survey of subsea infrastructure and comparison against a baseline model, and autonomous detection of structural defects or other out-of-spec conditions that exceed threshold values.

Once an out-of-spec condition is detected by the AUV’s onboard perception autonomy software, a pre-programmed “revisit” maneuver can be invoked to reposition the AUV and obtain more video, sonar, and/or laser data. Additionally, such conditions can be automatically flagged to the operator upon completion of the inspection mission. This provides the dual benefit of more rapid and accurate identification and review of critical conditions by integrity management engineers as well as a reduction in operator fatigue and subsequent operator errors caused by long hours of monotonous review of inspection data.

There are a wide range of potential applications in deepwater fields. For example, imagine an AUV pipeline inspection conducted with 3D laser imaging, feature-based navigation, and real-time 3D modeling and change detection. Using a reference model of the pipeline and seabed obtained from a previous baseline survey, a new survey would be able to autonomously detect and measure movement of the pipeline, changes in pipeline contour (potential buckling or over-bending), changes in scour, berm and freespan conditions, anode depletion since the last survey, changes to pipeline surface conditions (pits, cracks, dents), and new anomalies or debris that may impact pipeline safety. 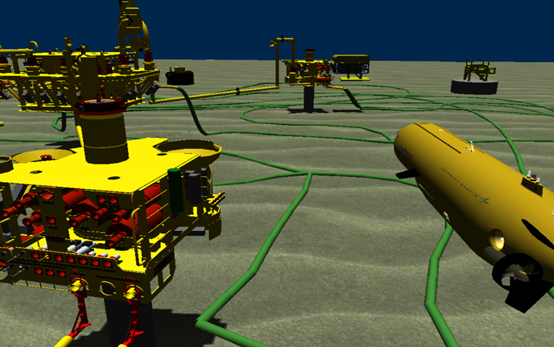 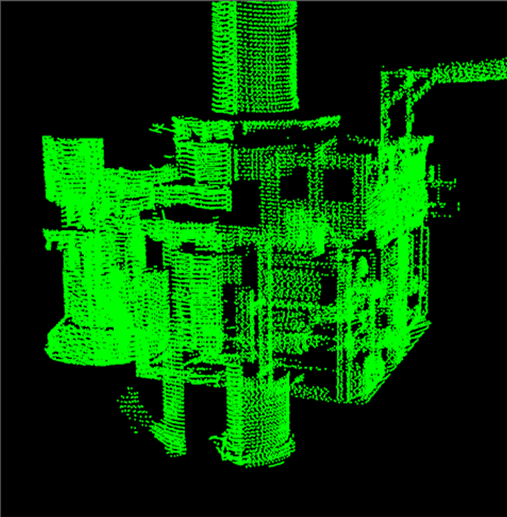 When combined with an AUV that conducts pipeline surveys at 3 to 4 knots and has full hover and “revisit” capabilities as well as enhanced navigational capabilities, the resulting efficiency and accuracy of inspection will exceed anything available today. Similar results and efficiencies could be expected for AUV-based laser inspection of risers, mooring lines, and other subsea infrastructure. In addition, the ability to conduct subsea installation and construction tasks such as high-accuracy seabed bathymetry, jumper metrology, and wellhead verticality measurements from a moving AUV offers significant advantages over current methods.

Lockheed Martin is currently developing a new Marlin® variant, the Mk3, which will be capable of operations in water depths up to 4,000 m. In addition to carrying a full suite of conventional survey and inspection sensors such as multi-beam sonar, side-scan sonar, and HD video, the Marlin® Mk3 will employ high-resolution 3D sonar and 3D laser sensors to perform autonomous pipeline inspection and deepwater facility inspection. When completed, the Marlin® Mk3 is expected to provide deepwater operators with 3D laser imaging capability that will provide a “next generation” tool for structural integrity management.

The long-term benefits of this technology for structural integrity management are significant. First, the field operator reaps the benefits that AUV inspections can offer over current ROV inspection methods for deepwater fields, including smaller vessels, smaller crew, and elimination of the ROV umbilical—resulting in safer, faster, and more efficient operations. These benefits translate to lower overall “life of field” costs for structural integrity management and will enable more frequent inspections at an affordable cost. Add into this equation the efficiency and accuracy provided by autonomous 3D modeling and change detection, and operational efficiency skyrockets. In addition to inspections becoming more efficient, factors such as human fatigue and inspection data overload are eliminated from the equation. The availability of detailed 3D models from prior surveys will provide significant benefits for structural analysis and defect evaluation, and the application of 3rd party software tools from other industries such as terrestrial survey will be an additional enabler for more operational efficiency.