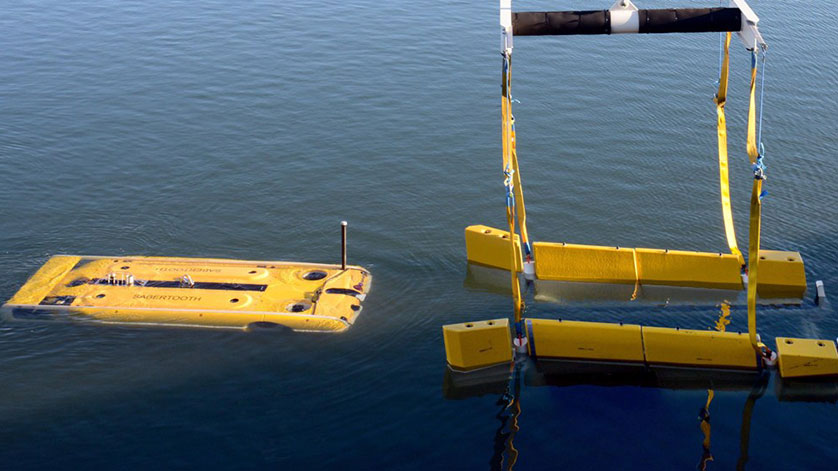 A Darlington-based subsea specialist is developing an innovative approach to enable autonomous underwater vehicles (AUVs) to remain at offshore wind farm sites without a support vessel. The move could shave £1.1billion from the operating cost of Europe’s offshore wind farms and would be a world-first in the sector.

Modus Seabed Intervention, in partnership with Osbit Ltd and the Offshore Renewable Energy (ORE) Catapult, is trialling an AUV docking station. The design will enable vehicle re-charging, as well as the upload of acquired data and download of mission commands.

The use of AUVs to survey and inspect offshore wind farm subsea infrastructure is a relatively new cost-efficiency measure in this sector. Replacing support vessels with the AUV docking station could further reduce expenditure. In addition to the estimated £1.1billion saving across the current 11GW offshore wind farm fleet over the next 25 years, the scheme will also significantly reduce the need for staff to work in often hazardous environments.

“Since 2012, Modus has been focusing on the development of hybrid AUV systems to be deployed for subsea and seabed survey, and inspection,” says Managing Director of Modus and project lead Jake Tompkins. “Part of our vision is to see AUVs becoming field resident, offering significant cost savings and quality benefits to the markets and our customers.”

“The system being developing with Modus and Osbit will be fully self-sufficient, reducing operational and maintenance costs, as well as the levels of personnel required.”

“Through the EDF Energy R&D UK Centre, we are fully committed to participating in the AVISIoN project to ensure the benefits of a permanent offshore base station for an Automated Underwater Vehicle is realised in terms of improved health and safety and reduced Levelised Cost of Energy.”

Graham Thorpe, Asset Integrity Engineer for Innogy, said: “As a large offshore wind farm operator, Innogy promotes innovation and is happy to aid in the development of technology that will help drive down maintenance costs and potentially benefit the industry as a whole.”