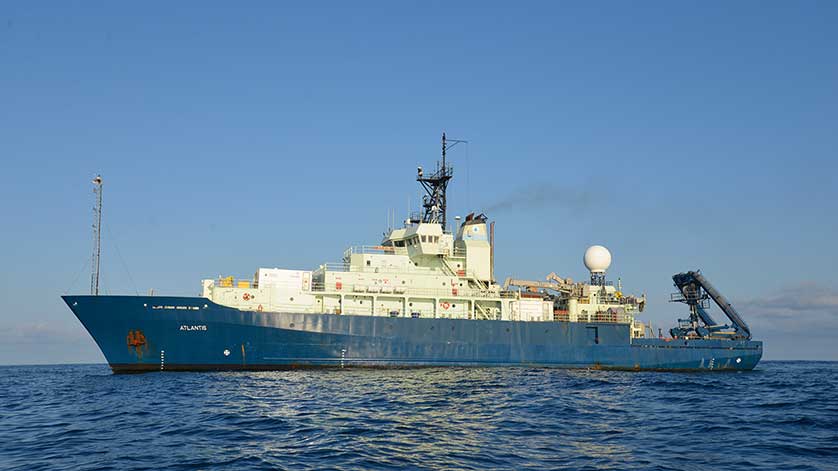 The research vessel Atlantis, operated by Woods Hole Oceanographic Institution (WHOI), was diverted Nov. 21 to help search for the missing Argentine submarine ARG San Juan and has been participating in the search since then. Atlantis was in route to a planned oceanographic mission in the South Atlantic when U.S. Navy officials directed it to head to the area where last communications were received from the sub. 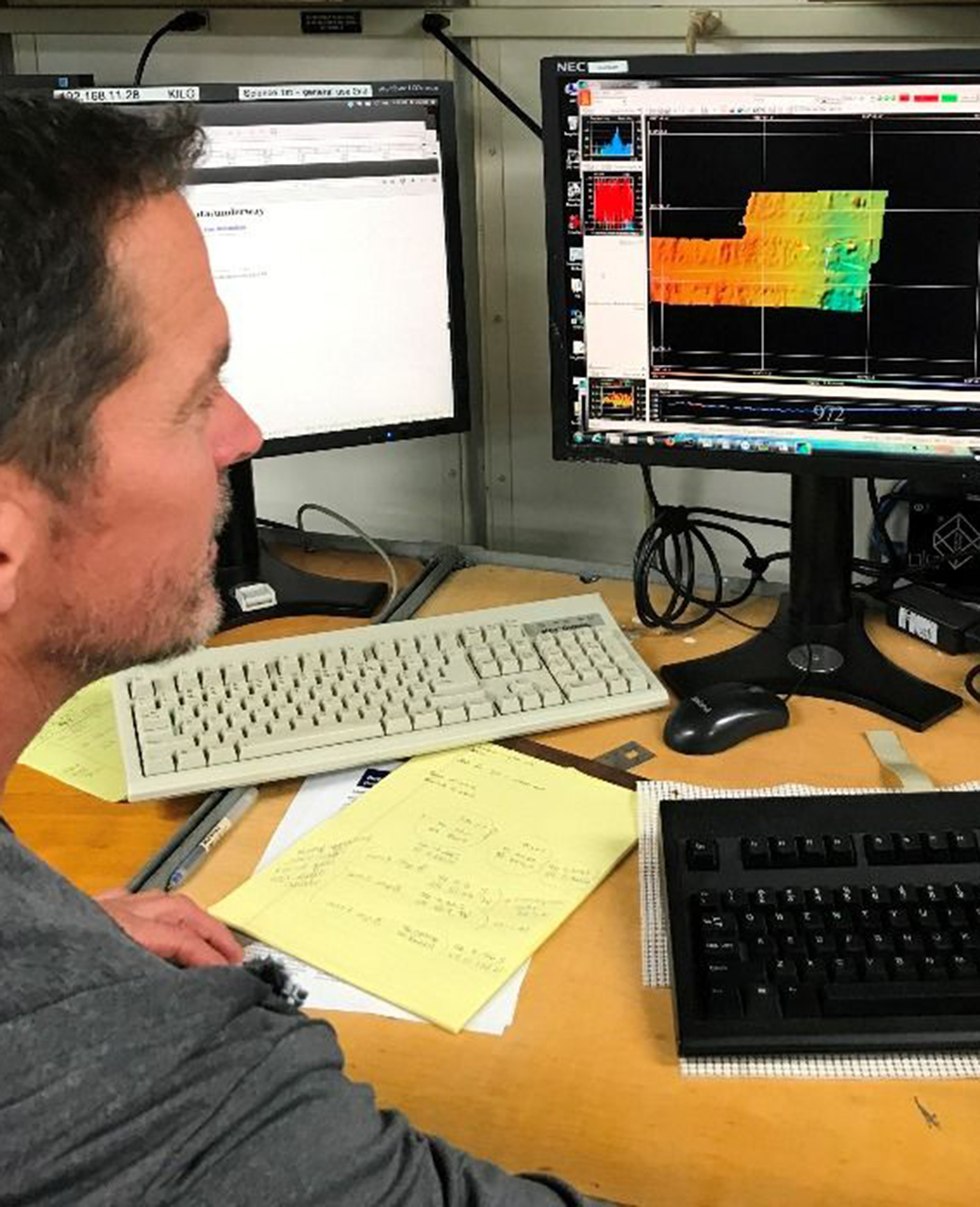 Todd Litke, a WHOI deep-submergence expedition leader, monitors images of the seafloor from the multibeam sonar aboard the research vessel Atlantis, which is participating in the search for the missing Argentinian submarine ARG San Juan. The multibeam sonar is used to map the seafloor, by directing a fan-shape cone of sound waves that reflect off the ocean bottom. (A.D. Coburn, Woods Hole Oceanographic Institution)

The advanced research vessel arrived in the area at 2 p.m. Nov. 21 and immediately began search operations using the ship’s sophisticated multibeam sonar and underwater communications systems. The multibeam sonar is usually used to map the seafloor, by directing a fan-shape cone of sound waves that reflect off the ocean bottom. In this case, the sonar is looking to detect the submarine, which may be on the seafloor.

The ship also used its underwater communication system, which is like an underwater telephone: It has two-way capability to listen for sounds from the ocean and also to transmit sounds into the ocean that can be detected by submariners.

The ship searched the most northern of three rectangular search areas of the ocean until about 2:30 p.m. Nov. 22, when it was redirected to new location in the most southern target “box,” where it is continuing to search.

The ARA San Juan submarine went missing Nov. 15, as it journeyed from the port of Ushuaia to the city of Mar del Plata, with 44 crew members aboard.

Atlantis is owned by the U.S. Navy and operated by WHOI under a charter agreement. The vessel was heading to the port of Montevideo, Uruguay, to pick up scientists and technicians to service several deep-water mooring arrays in the Argentine Basin at 42°S, 42°W, part of the National Science Foundation’s Ocean Observatories Initiative. It was to be the last voyage of the ship’s highly regarded captain, A.D. Coburn, who is retiring after more than three decades of sailing on WHOI ships.