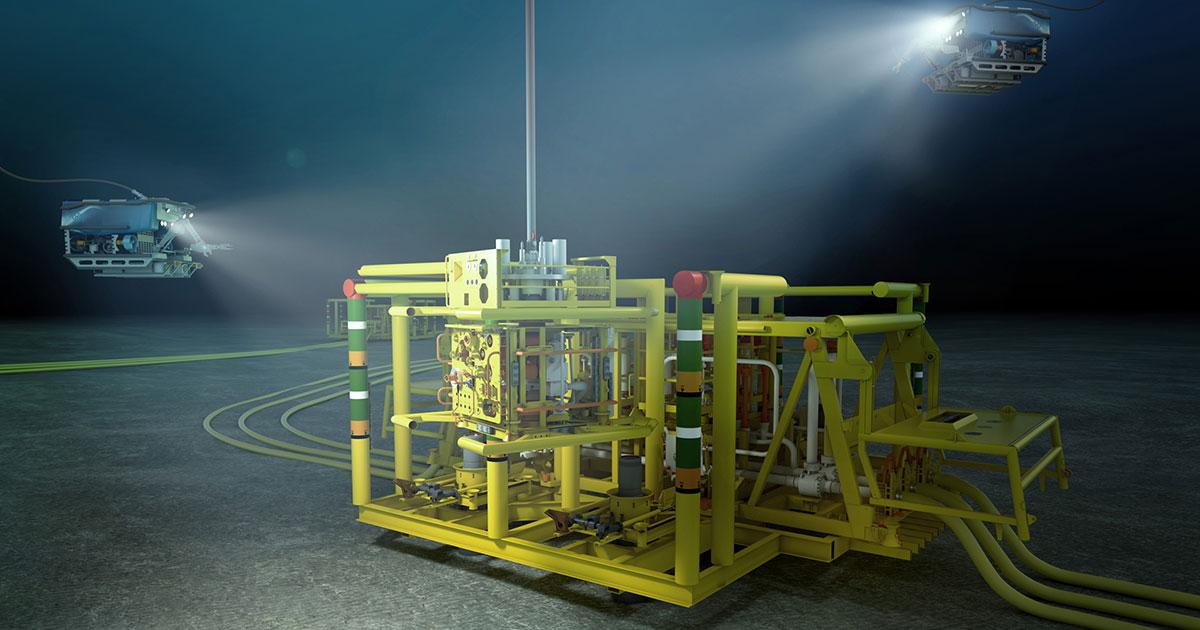 2018 ended with a surge of subsea tree awards as E&P Operators locked in lower supply-chain cost. Will demand continue to grow in 2019 and allow subsea OEMs to build backlogs and take back pricing power?

The 286 subsea trees ordered in 2018 was the highest since 2013 and suggests an industry firmly on the right side of a recovery. Increasing orders are a welcome relief for the still-beleaguered subsea supply-chain but have yet to translate into meaningful revenue growth.

Revenues have remained relatively static over the past 24 months as the growing number of subsea projects hitting the EPCI phase is offset by a transition from high-value pre-2014 backlog to much lower priced post-downturn contracts. Westwood analysis suggests the average spend per tree fell from $63 million in 2014 to $35 million in 4Q2018; driven by operators’ continued focus on capital discipline, project simplification and standardization. 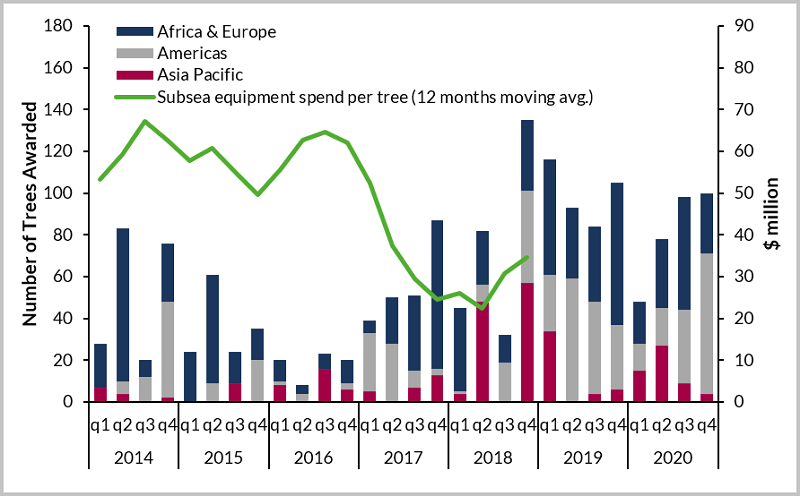 E&P Operators have been keen to lock-in lower industry costs, which is reflected both in the uptick in project sanctioning since 2016 and a notable trend towards pre-FID subsea equipment awards. High profile projects such as Sealion, Golfinho and Liza II have seen Operators agree EPC contracts prior to FID hoping to secure lower pricing for critical subsea infrastructure before a sustained market recovery inflates costs.

Will the scramble to secure critical subsea equipment at “competitive pricing” lead to backlogs building over the course of the year and embolden OEMs to start reprioritizing margin over volume? Westwood analysis certainly supports this, and subsea tendering and contract awards are expected to continue recent momentum into 2019 with the potential for up to 400 tree awards over the course of the year, which would surpass even 2013 highs. Future activity is expected to move away from NOC-led developments in Asia and instead focus on a resurgent Brazil and emerging deepwater markets such as Guyana, Mozambique and Senegal.

2019 looks to be the year the subsea supply chain bounces back.