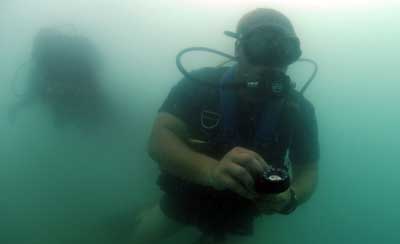 Six years after it was commissioned, the underwater security system protecting an undisclosed waterside facility in the Middle East, is to be expanded and upgraded to offer enhanced levels of intruder protection.

The announcement was made by UK-based maritime security company, Sonardyne International Ltd UK, following the award of a contract to service the Sentinel Intruder Detection Sonar (IDS) system that helps safeguard the high profile facility from unauthorized access from the sea. The scope of work includes the supply of extra sonar sensors to monitor an additional stretch of coastline and updating the existing in-water sonars to the latest design specification.

Whilst security measures such as CCTV, radar, access control and motion sensors are proven, cost-effective options for protecting inland locations, sites located close to water remain vulnerable to unauthorized intrusion from the water, and in particular, from below the surface.

Helping to close this surveillance gap is Sentinel IDS, widely recognized as the security industry’s most extensively deployed sonar. It meets the requirements of private, commercial, government and naval end users by reliably detecting, tracking and classifying divers and small underwater vehicles approaching a protected asset, alerting security personnel to the potential threat.

Whether it is protecting a critical infrastructure facility, offshore platform, sea port or superyacht at anchor, Sentinel’s autonomous monitoring capabilities, long range detection and proven low false alarm rates provide a rapidly deployable, 360° underwater security solution for any marine asset. Commenting on the contract award, Andrew Winstanley, Sales Manager - Maritime Security for Sonardyne in the Middle East said, “The relative ease with which a diver intent on causing harm can enter into a restricted area such as a commercial port or nuclear power station, continues to expose major weaknesses in the security policy planning of organizations around the world.”

He added, “We are delighted that Sentinel IDS has provided our client with uninterrupted protection for the past six years. Our engineers will soon be on-site undertaking the program of work that will ensure the system continues to deliver peace of mind and reliable performance for many more years to come.”