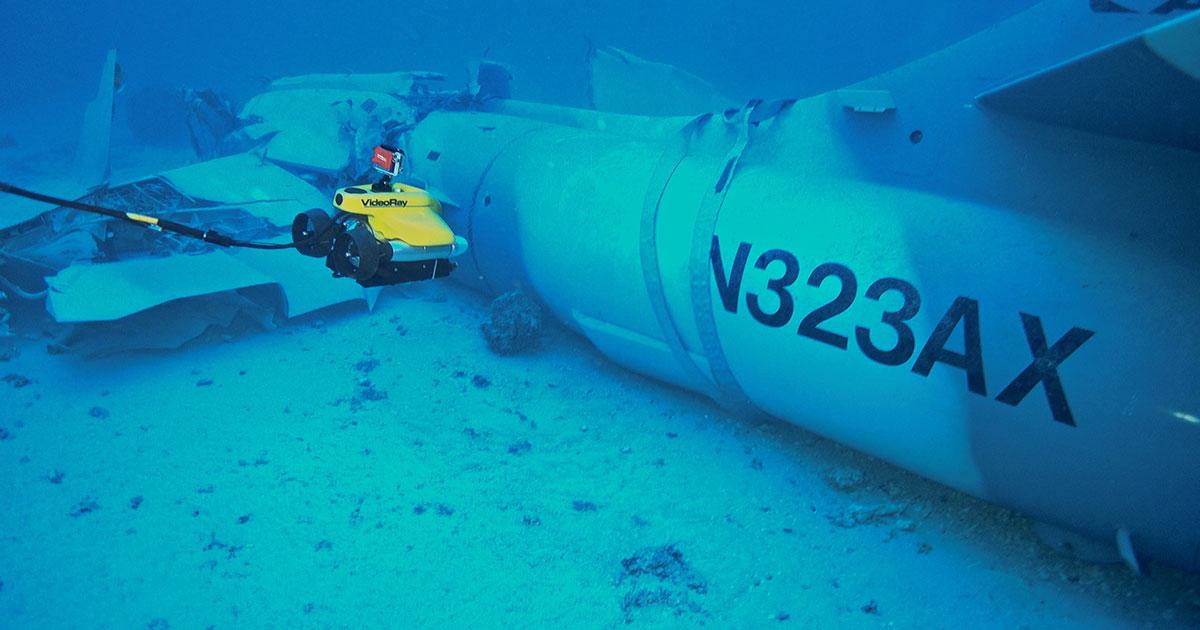 On December 30, 2018, a Hawker Hunter Jet Fighter was located in about 245 feet of water by Steve Van Meter of Van Meter Consulting.

Steve was contacted by Parker Marine Salvage due to his experience with difficult missions. An extensive Sidescan sonar mission, lasting several days, had identified 75 potential targets. Prior to deploying his VideoRay Pro 4, Steve studied these targets and identified the one that had a very high probability of marking the aircraft. Then, the entire in-water mission to locate and identify the wreckage took 30 minutes after setting up. When asked about how the VideoRay ROV improved search time, Steve Van Meter said, "The plan for the mission was 5-7 days. The VideoRay made it possible to mobilize quickly and fly to Honolulu with everything I needed. We could setup rapidly on the boat, and use power supplied by a small Honda generator. Due to size and weight of the Pro 4, I was able to use a deck hand as a tether manager after a few minutes of training."

The Hawker Hunter Jet Fighter was found at a depth of 245 feet (74.6 meters) on a seabed littered with old debris from years of dumping. At the surface, the sea did not make the mission any easier. Van Meter fought against 4- to 6-foot swells and winds of 10-15 miles per hour. Due to these conditions the boat could not be anchored, and the crew was required to live-boat, while Van Meter navigated the ROV underwater.

The plane was part of a training mission for the Hawaii Air National Guard when it crashed on December 12, 2018 while taking off from Honolulu Airport. The engine failed, but the pilot ejected and was rescued. The plane hit the water about 1 mile south of Honolulu in an area with a many small boats. The number of boats in the area meant there were many cellphone videos, making the general location of the plane easier to pinpoint.