The New Normal in Subsea Positioning 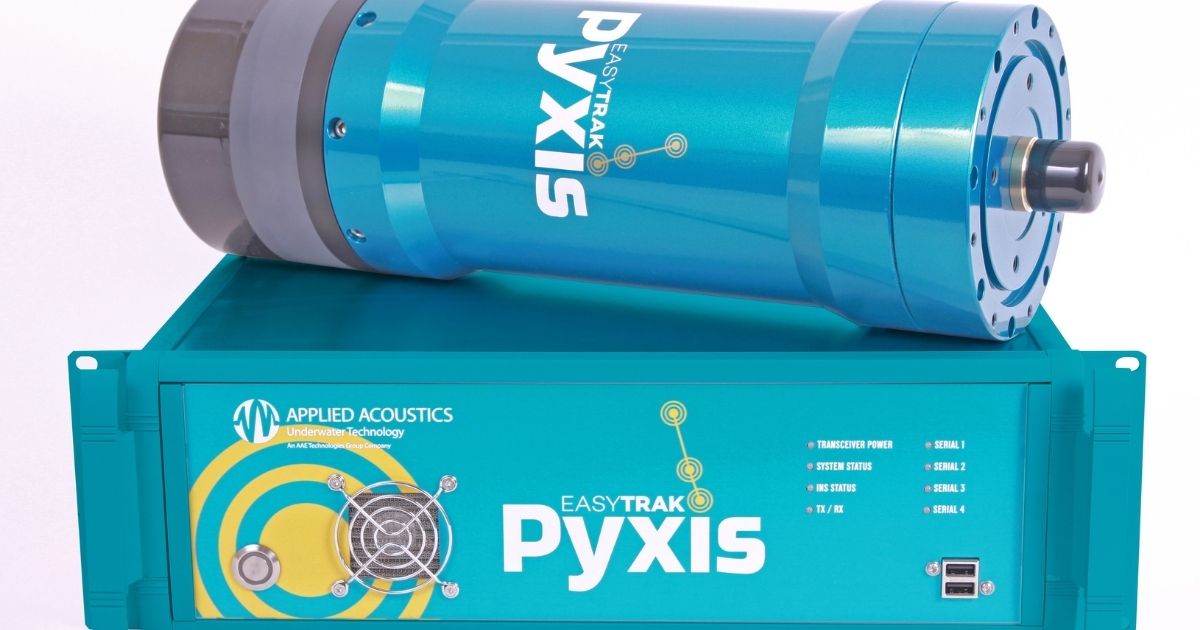 Applied Acoustic Engineering (AAE) has announced the launch of their next generation USBL system, Pyxis USBL.

Taking its name from the constellation Pyxis Nautica - the mariner’s compass - Pyxis USBL takes the best of AAE’s subsea acoustic tracking technology with a highly advanced inertial navigation system (INS) from one of the most respected names in the industry, to create a state of the art, inertially aided Ultra Short Baseline system capable of accurate subsea tracking with survey grade performance.

The combination of AAE’s Sigma 2 acoustic protocols and SBG Systems high precision Navsight Apogee Marine INS brings together two leading names in the field of marine technology, resulting in AAE’s most accurate and long range positioning system to date, and in the process providing many time, cost and performance benefits to global survey operators.

As a tightly coupled, factory fitted package, Pyxis USBL is a portable, calibration free system able to immediately operate from any vessel as soon as the work site has been reached. The MEMS based INS does not fall under ITAR regulations, and the range restricted option means the whole system can be shipped unhindered and without export control to almost anywhere in the world. A feature of the Pyxis system is the ability for the operator to deactivate the range restriction in the field under an export-controlled regime.

A spokesperson for SBG Systems commented “AAE and SBG Systems have collaborated for several years on different projects and have established an excellent relationship. We are thrilled that Applied Acoustics has selected our Navsight Apogee OEM high performance system to be integrated into the first-ever USBL to embed a MEMS INS”.

Available with short range omni-directional or long range directional transceiver options, the versatility of Pyxis USBL makes it ideal for very shallow operations such as diver monitoring, for deeper applications where ROV’s and AUV’s might be deployed, and for tracking short or long range towed sensors such as magnetometers and side scan sonars.