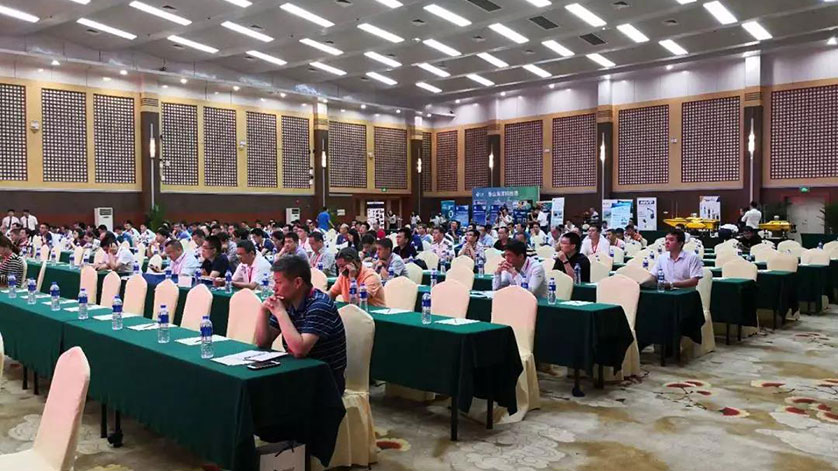 On August 31, the participants visited Oceanalpha's unmanned ship base and watched a joint exhibition of surveying instruments based on unmanned ships.

The M40USV from Oceanalpha is deployed with Reson T20P multibeam echo sounder and the Merlin 3D laser scanner.

The technician was able to control the USV and both equipment on the base station on shore. Video and survey data were sent back in real-time so the whole survey process is under the close monitor and quick adjustments are allowed because of the flexible operation mode. 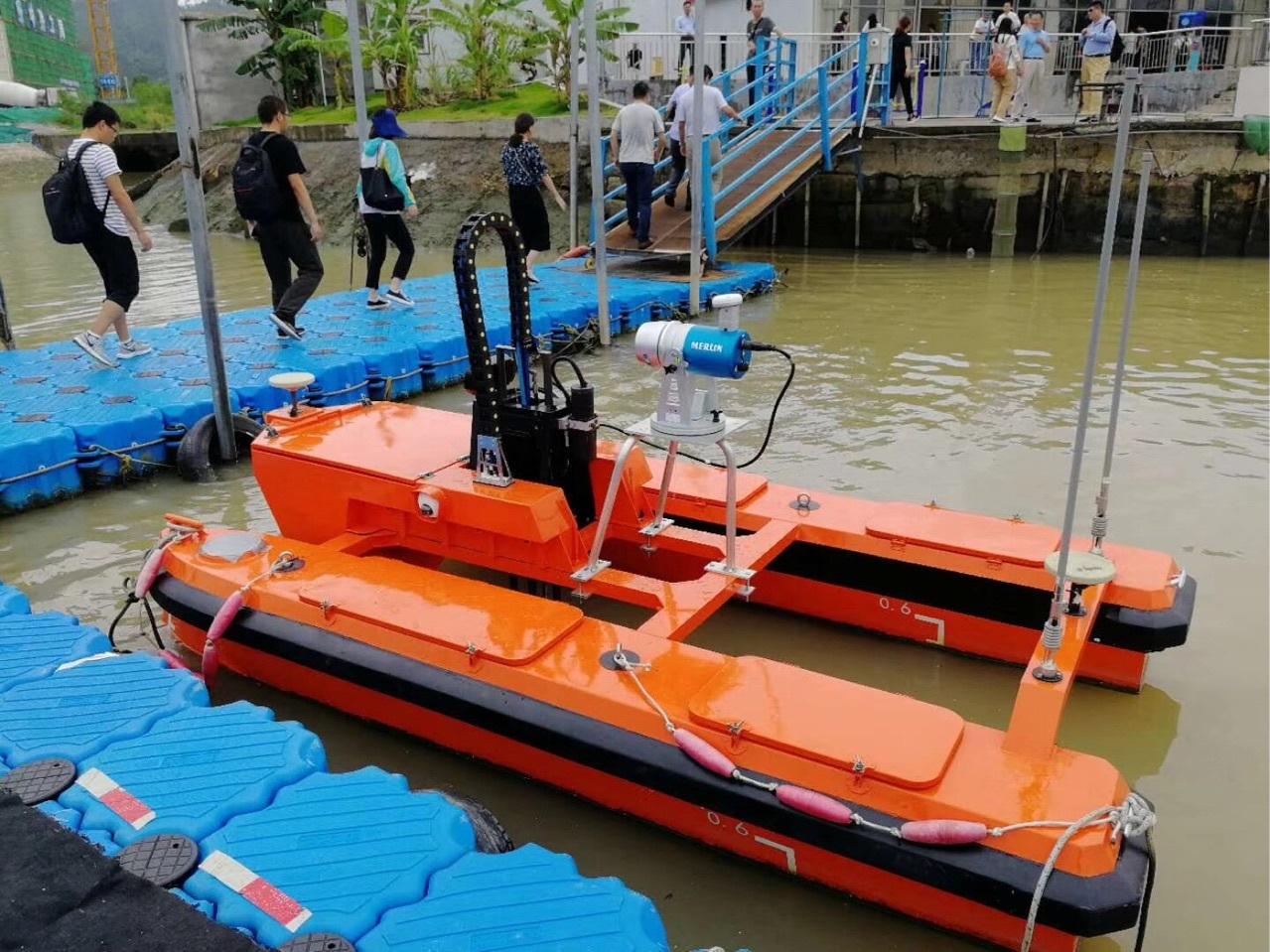 In this combination, data from the 3D scanner and the multibeam echo sounder can be synchronized and simultaneously produce an accurate dataset of the environment above and below the water line on the base station.

The full marine environment can be mapped autonomously in a single pass, greatly improves the working efficiency and reduce costs.

Demonstration of USV and SES2000 SBP 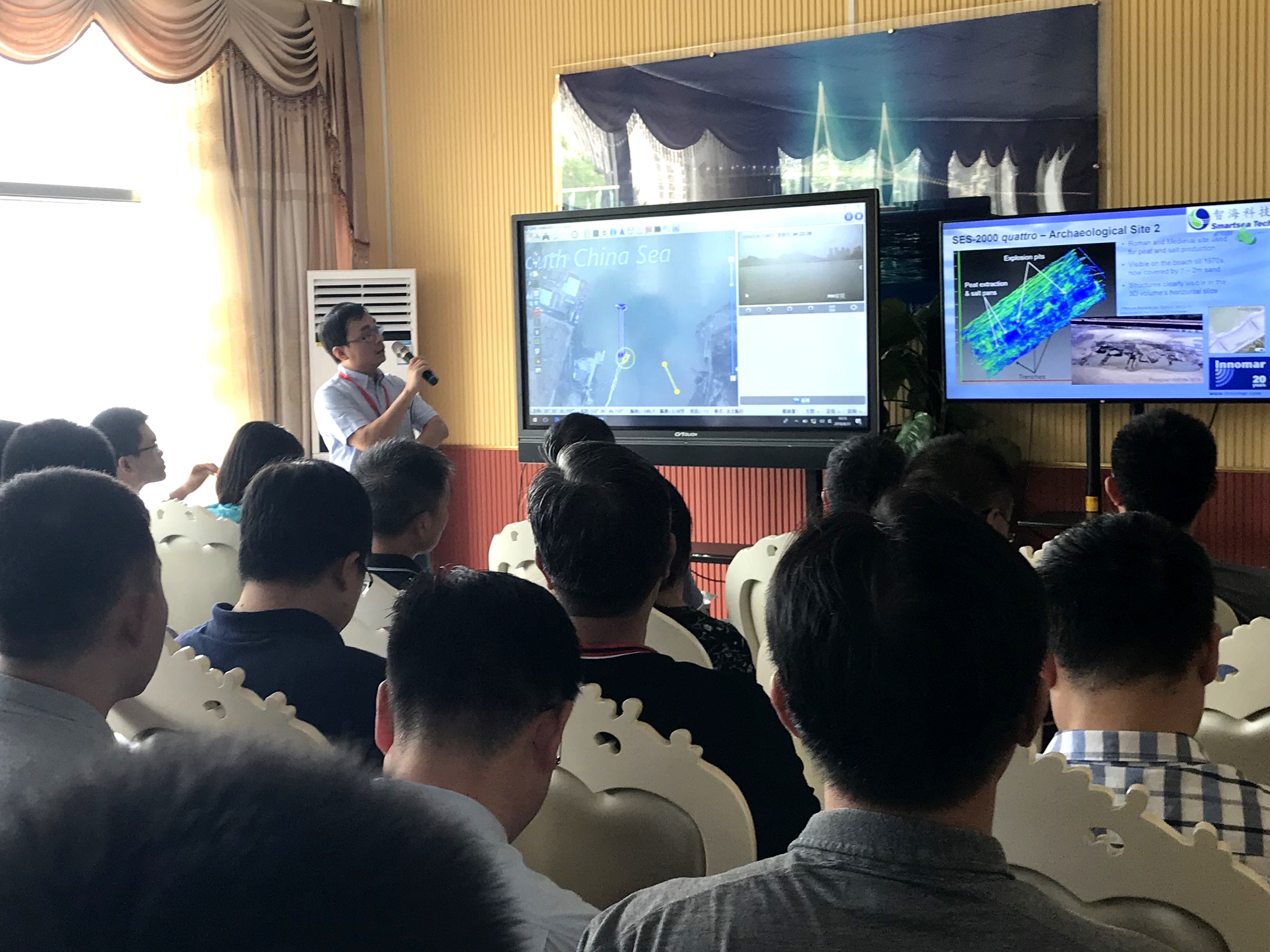 Participants watch the survey process on the USV base station monitor