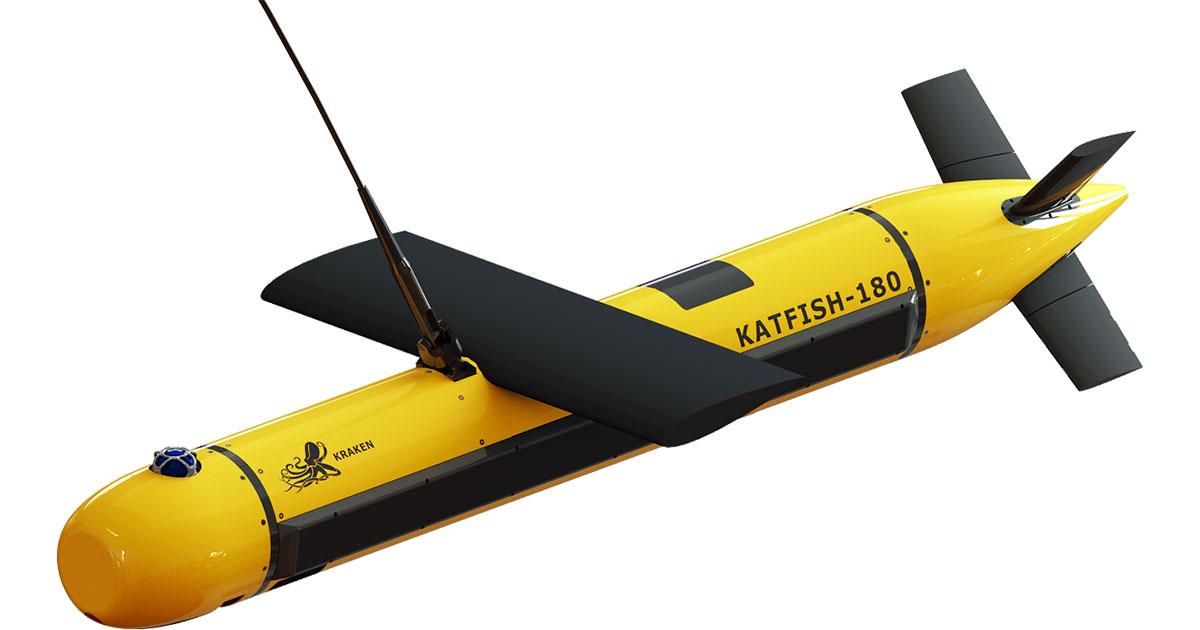 Kraken Robotics Inc. has announced that its wholly owned subsidiary, Kraken Robotic Systems Inc., has received a purchase order from ThayerMahan Inc., for a KATFISH™180 system. ThayerMahan Inc. is a US-based company specializing in the design, integration, and operation of autonomous maritime systems for government, industry, and academic customers. The contract value is $2.1 million and delivery is expected in Q3, 2019. ThayerMahan will deploy Kraken’s KATFISH 180 as part of its SeaScout® expeditionary system for seabed mapping and intelligence.

Admiral (retired) Mike Connor, ThayerMahan’s President and CEO said, “We are pleased to bring Kraken technology into the portfolio of systems and services we provide to our clients. The search rate, resolution, seakeeping ability, and real-time processing of the KATFISH system will enable ThayerMahan to deliver a level of service that will fundamentally change the maritime survey industry. We are committed to helping our customers operate safely and responsibly on and under the ocean.”

This is the first order resulting from a strategic alliance entered between the two companies in February 2018. Under this collaboration, both companies are delivering next generation underwater sensors and robotics for military, law enforcement, port and maritime security, environmental monitoring, and seabed survey applications. In August 2018, the companies participated in the US Navy’s Advanced Naval Technology Exercise, an annual invitation-only event that was created by the U.S. Navy to see the future of naval technology in action today.

Karl Kenny, Kraken’s President and CEO said, “We are delighted to receive this order from ThayerMahan. Seafloor mapping is one of the oldest professions known to humankind. For thousands of years, mariners have been measuring the seabed under their vessels. Today’s ocean surveying market is valued at over US$3 billion per year. Kraken’s customers have requested a high speed, ultra-high resolution seabed mapping solution that leverages our sensor and robotics technology. With KATFISH™, surveyors can now increase the quantity of seafloor data, significantly improve data quality and lower data acquisition costs – all in real time.”

SeaScout® is an expeditionary system for seabed mapping and intelligence. SeaScout® features the following characteristics: