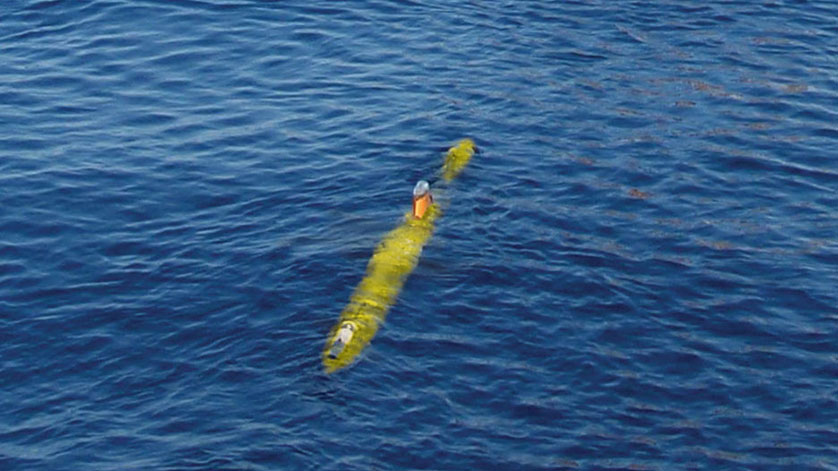 The system is another high quality option for customers interested in utilizing the Gavia AUV for geophysical survey, cable and pipeline survey, environmental survey, and under ice survey, as well as Mine Countermeasures (MCM), Rapid Environmental Assessment (REA), and Intelligence, Surveillance, and Reconnaissance (ISR) surveys.

Equipping the Gavia AUV with the survey-grade long range side scan from Klein Marine Systems (Salem, New Hampshire USA) creates a highly mobile survey platform with high quality side scan range and resolution. The swath bathymetry option allows for wide swath performance which is typically ten to twelve times the overall altitude of the AUV. The new module allows customers to have both side scan and swath bathymetry from a single module. The first delivery of the Klein UUV 3500 Module will occur in Q1 of 2017 and is integrated with the SeeByte Autotracker software for autonomous pipeline tracking. The Gavia AUV can also be equipped with a camera and strobe system for close inspection of any targets identified by the sonar system.

In addition to the release of the Klein sonar module, Teledyne Gavia has recently released two other significant upgrades to its vehicle.

These three enhancements increase the reliability, efficiency and performance of the Gavia AUV system.

The Gavia Autonomous Underwater Vehicle (AUV) is a modular, highly versatile, low-logistics subsea survey solution. The Gavia AUV can carry an array of sensors and custom payload modules to a survey site in up to 1000m water depth for research, monitoring, survey or surveillance tasks. Teledyne Gavia supplies AUV systems to the oil & gas sector, oceanographic and environmental research institutes, and to the defense sector.