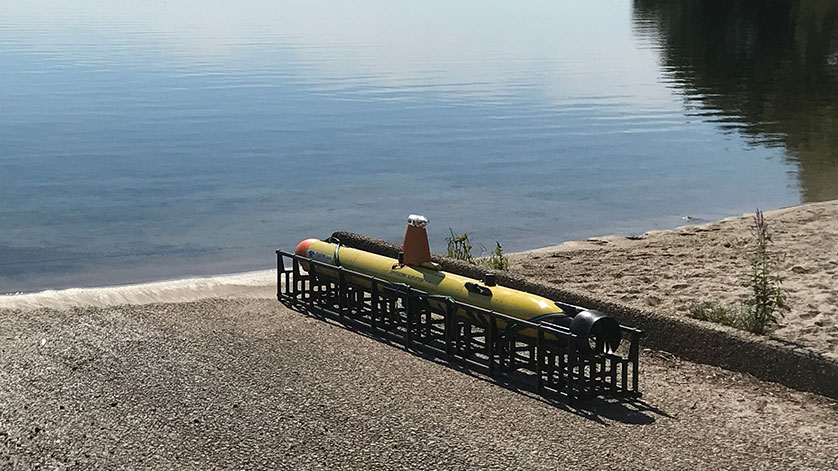 During the three-day event, iXblue demonstrated its GAPS in collaboration with Teledyne Gavia’s Autonomous Underwater Vehicle (AUV) to provide situational awareness and C2 capability to users on the surface and/or at remote locations. As an integral part of the demonstration, the Teledyne Gavia AUV performed a high-accuracy MCM survey and a shallow water ISR mission, leveraging USBL fixes from the GAPS as additional aiding to its standard inertial navigation system/Doppler velocity log (INS/DVL) navigation suite.

The Gavia AUV is a man portable, 1000-meter depth rated, fully modular survey platform capable of delivering high quality data while operating from vessels of opportunity or from the shore. The Gavia AUV can carry a variety of sensors that are especially well suited for military and security applications including Rapid Environmental Assessment, Mine Countermeasures and Sonar Training. At ANTX the Teledyne Gavia AUV was configured with an iXblue C5 INS, Teledyne RD Instruments DVL, Edgetech side scan sonar, Teledyne BlueView MB-2250 microbathymetry sonar used for gap fill of the side scan nadir gap, and a Teledyne Benthos modem for command and control of the Gavia AUV with real-time aiding of the onboard iXblue INS. 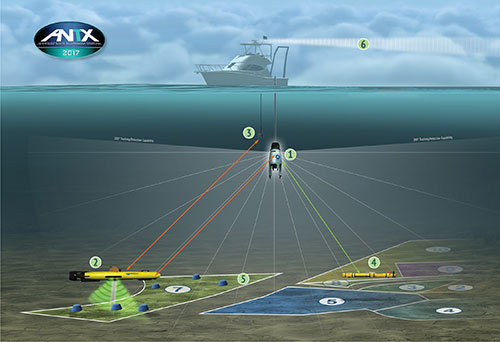 "The ANTX event allowed us to highlight our innovative autonomous technology directly to our Navy and Government customers," said Bob Melvin, Vice President of Engineering for Teledyne Marine Vehicles. "The Teledyne Gavia AUV has a truly modular, plug and play, capability that is unmatched by other systems. Popular with our NATO Allies, it was a pleasure to be able to demonstrate its ease of operation and open architecture with partner’s iXblue and Charles River Analytics in the waters off of NUWC Newport.” ANTX provides live demonstrations of tactics, techniques, and procedures showcasing technologies in action in fleet relevant scenarios.