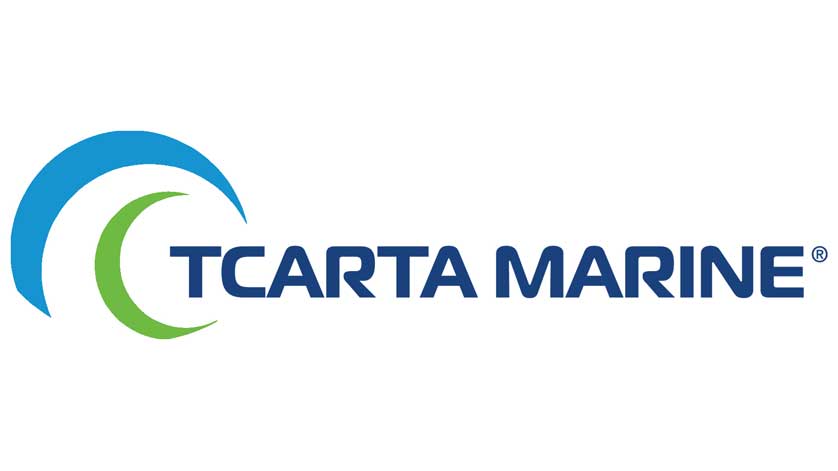 Both product offerings will be demonstrated by TCarta Marine in booth #403 at the Esri Petroleum Conference being held April 12-13, 2017, in Houston’s George R. Brown Convention Center.

“The Marine Basemap service covering the entire Gulf of Mexico is available now,” said TCarta Marine President Kyle Goodrich. “Datasets for additional marine regions around the world will be added this year with the North Sea available this summer.”

The streaming data service was developed with the oil & gas industry in mind, allowing customers to choose from two subscription tiers for the Gulf of Mexico (GoM). The GoM Marine Basemap is a tiled map service intended to provide users with an informative and aesthetically pleasing backdrop streamed into the desktop GIS environment. The Basemap is a scale dependent display of a stylized bathymetry image with labeled contour lines and marine feature names.

The Marine Basemap Plus incorporates best available resolution bathymetry grids, contour lines, and other valuable data for modeling, analysis, and derivative work. The entire Gulf is covered at 90-meter resolution while many areas have been mapped at 30-meters, with higher resolution data added in the future.

“Marine Basemap Plus will appeal to oil & gas companies of all sizes because the streaming data is extremely affordable and updated constantly through the subscription process,” said Goodrich. “The GIS manager at an energy company will never have to worry about obtaining the most recent or highest quality offshore data because it will be downloaded automatically.”

The Gulf of Mexico Marine Basemap Plus also includes value added information enhanced from several authoritative sources, such as the NOAA, National Ocean Service (NOS), Dept. of Energy, and Bureau of Energy Management. The five main value-added layers relate to:

Also making its U.S. debut at the Esri Petroleum show will be the 2-meter Satellite Derived Bathymetry offering developed by TCarta Marine, DHI and DigitalGlobe (NYSE: DGI) with funding from the European Space Agency. This is an off-the-shelf version of a custom product introduced in 2011 by Proteus Geo, which merged with TCarta Marine this year. It will eventually be a global marine dataset.

To create this product, accurate seafloor depths are extracted by DHI using a primary production technique before TCarta Marine ensures that all data undergoes a rigorous quality control procedure. All depths are derived from 8-band multispectral imagery captured by DigitalGlobe’s high-resolution WorldView satellites, the world’s most advanced commercial imaging constellation.

“This process derives bathymetric measurements at two-meter resolution to an average depth of 20 meters in the near-shore coastal zone, where environmental conditions allow,” said Goodrich. “The 2-Meter product will be sold by the square kilometer which means clients only pay for the data they need, making this a very cost-effective product.”

The off-the-shelf 2-meter product covering the Arabian Gulf is available for purchase now with the Red Sea planned for completion by later this year. By mid-2017, TCarta Marine will make the 2-meter products available for instant searching, purchasing and downloading through an online portal called Bathymetrics. The accessibility and affordability of the portal data will appeal to marine mapping customers at all levels.

The Gulf of Mexico Marine Basemap Plus and 2-meter Bathymetric products may be ordered here.