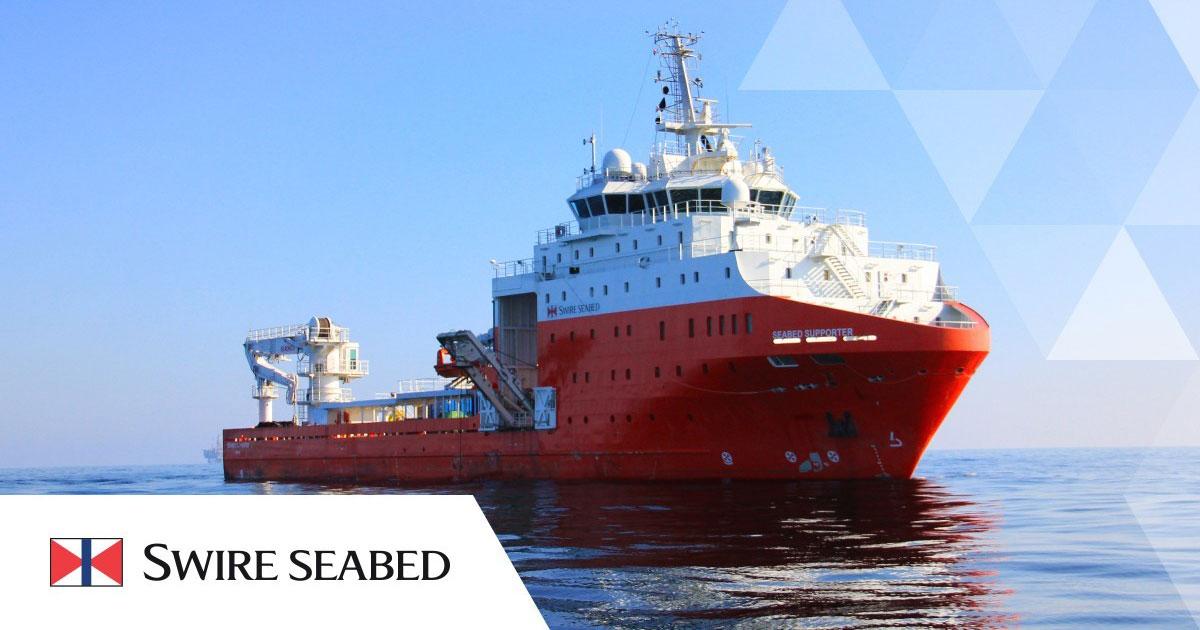 Swire Seabed has successfully completed a second offshore pipeline campaign for Equinor in the North Sea. The campaign, undertaken in July 2019, is the first fully unmanned offshore pipeline inspection ‘over the horizon’ ever completed, surveying up to 100 km from the shore.

The recent inspections by Swire Seabed were completed using Kongsberg Maritime’s Hugin AUV (Autonomous Underwater Vehicle) with the SeaKit Maxlimer Unmanned Surface Vessel (USV) acting as the host vessel for surface positioning and communications to shore. The complete operation was controlled from an onshore control center, including launch and recovery of the AUV, command and control of the USV/AUV and monitoring of the acquisition of pipeline inspection data.

The inspections were performed on four pipelines, a distance of 175 km surveyed over two AUV dives. The AUV, operated by Swire Seabed, acquired Bathymetric, Synthetic Aperture Sonar and HD Image data in order to verify the continued integrity of the subsea pipelines. The acceptance criteria for data (quality, coverage, density etc.) were identical to the criteria used for traditional tethered inspection methods.

Acquiring pipeline inspection data from an AUV offers unrivalled data quality and consistency from a fast, stable platform, and combined with the unmanned methodology, it represents a paradigm shift in offshore geophysical survey and pipeline inspection. By utilizing a small unmanned craft hosting the AUV, the carbon footprint per inspection line kilometer is reduced dramatically. A traditional host vessel may use 10 - 15m3 (10,000 - 15,000 liters) of fuel per day of operations, whereas a small unmanned craft uses up to 95% less fuel.

In addition to the carbon-efficient nature of the operation, performing a pipeline inspection with unmanned systems eliminates the risk to personnel who would otherwise be exposed to offshore operations. The entire dual USV/AUV operation was executed by a small team of personnel working in a control center in Swire Seabed’s HQ in Bergen.

“The completion of this project demonstrates Swire Seabed’s ability to deliver ‘firsts’ for the industry. This application of technology represents a step-change in the levels of safety, sustainability and low cost that can be achieved in subsea pipeline inspection and seabed mapping. We look forward to further developing and expanding the service in the coming years,” says Swire Seabed’s Chief Technology Officer, Arvid Pettersen.

This inspection campaign is part of Swire Seabed’s ongoing expansion of its provision of remotely controlled and unmanned subsea survey and inspection systems, covering landfall to offshore, large area mapping to small high-resolution inspection. The campaign is yet another technological breakthrough, giving our clients access to safer, more sustainable and more cost-effective subsea solutions.