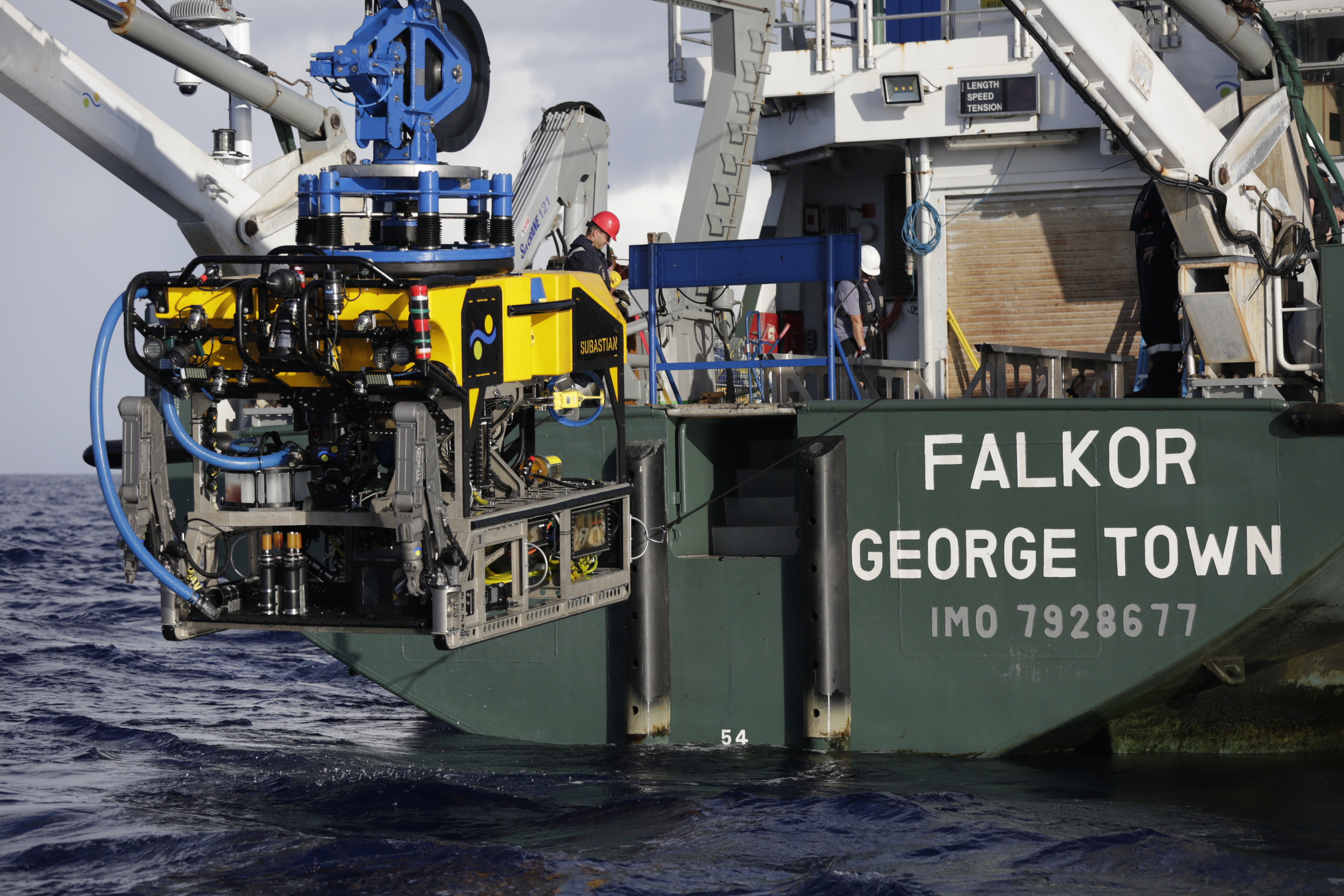 Built by the Schmidt Ocean Institute (SOI), a private non-profit operating foundation located in California, SuBastian will provide scientists from around the world with new opportunities to explore and study the ocean. Capable of diving to 4,500 meters, the vehicle has been equipped with a state-of-the-art equipment package that includes a reconfigurable payload skid for deploying and recovering experiments, a 4K Ultra-High Definition camera capable of streaming live video to the surface and a comprehensive suite of scientific sampling sensors.

Following a survey of the deep ocean research experts that make up SuBastian’s Science Advisory Group, the need for both accurate and multiple means of subsea navigation was identified as a priority mission requirement. The group commented that provision of the best available integrated acoustic and inertial navigation sensors underpinned the scientific value of the observations and data gathered by SuBastian.

When SuBastian enters service this summer, it will be operated from SOI’s research vessel, Falkor, which has been operating with Sonardyne’s Ranger 2 Ultra-Short BaseLine (USBL) acoustic positioning system since 2012. During that time, the system has provided scientists with the ability to track equipment down to abyssal depths in excess of 5,000 meters.

Based on their extensive track record with Ranger 2, SOI and Sonardyne worked together to configure an integrated navigation solution for SuBastian. This resulted in the supply of a SPRINT Inertial Navigation System (INS), Syrinx 600 kHz Doppler Velocity Log (DVL) and a Wideband Mini Transponder (WMT), all of which is compatible with the Falkor’s existing Ranger 2 topside hardware.

Now in its third generation, Sonardyne’s SPRINT exploits the long-term precision of acoustic positioning with the continuous availability and fast update rate of inertial sensors. This combination provides robust vehicle positioning during periods of challenging acoustic conditions and helps to improve sensor data quality and vehicle control. Uniquely, SPRINT supports dual gyrocompass and INS operating modes, meaning that SuBastian’s pilots and science teams will be able to rely upon its output simultaneously. Its new, lightweight titanium housing also provides valuable space and weight savings that can instead be used for scientific payload or samples.

SuBastian is also now one of the first research vehicles in the world to benefit from Sonardyne’s recently introduced Syrinx DVL. DVLs are an important element of any ROV’s navigation system as they enable the vehicle’s velocity and distance travelled to be measured. When tightly integrated with INS, acoustic and depth observations, a true estimate of the vehicle’s position can be calculated.

Syrinx differs from other DVLs in that it offers high altitude (up to 175 meters) navigation capability normally only available from a 300 kHz DVL with the high precision and accuracy of a 1200 kHz DVL. Its adaptive bottom lock has been demonstrated to provide consistency and reliability over challenging and changing seafloor topography, which together with its high update rate, will enable SuBastian to undertake complex missions in any environment.

Commenting on this major contract, Kim Swords, Senior Application Engineer with Sonardyne in Houston said, “SuBastian is the first vehicle in the world to be equipped with a full spread of our Ranger 2 USBL, SPRINT INS and Syrinx DVL technologies. We’ve worked closely with SOI to configure the optimum subsea navigation solution for SuBastian so that when it begins to acquire data for the international science community later this summer, it will do so with the highest precision possible.”

For more information on the Schmidt Ocean Institute, click here