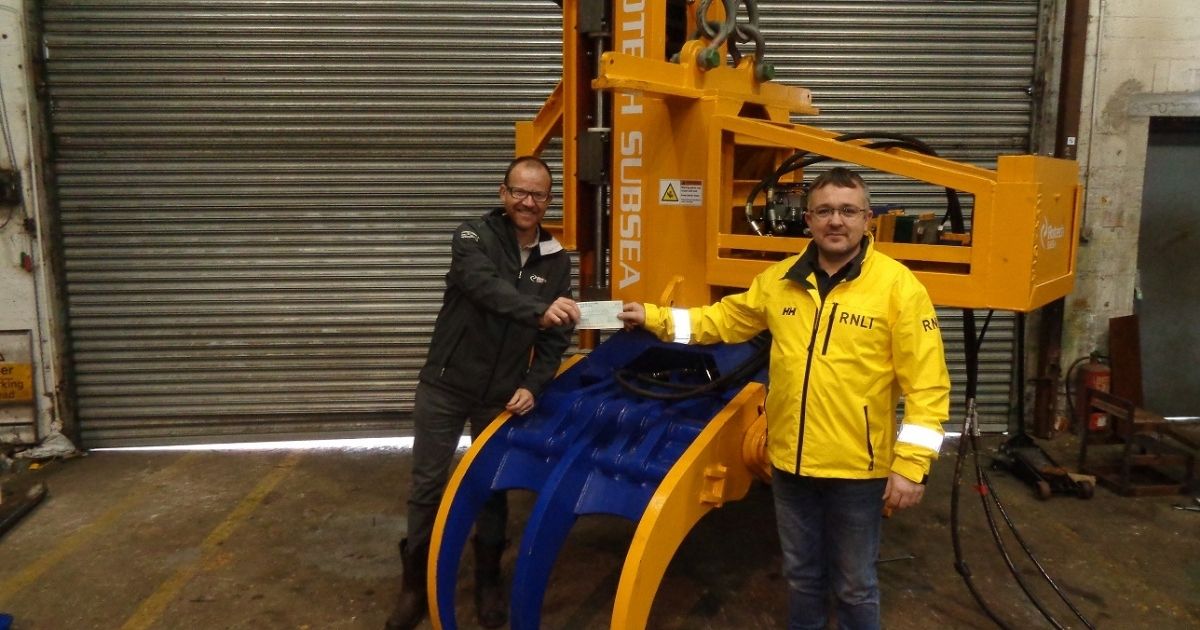 Aberdeen-based Subsea excavation company, Rotech Subsea, has donated £1,500 to the RNLI Wick Lifeboat Station. Established in 1848, Wick Lifeboat Station in the far north of Scotland operates an all-weather Trent class lifeboat. Crew members have been recognized by the RNLI for their lifesaving achievements 11 times.

Talking about the donation, Graham said, “Rotech Subsea and its staff have been pleased to support the RNLI financially and through volunteering for many years and we are delighted to make this donation to the Wick Lifeboat Station.

“In these difficult and uncertain times - when many of the charity’s regular fundraising streams have been effected - it is more important than ever to offer our support. As a company which regularly has teams engaged in offshore ship-based projects around the UK, we are well aware of - and hugely grateful for - the work of the volunteer RNLI lifeboat crews.”