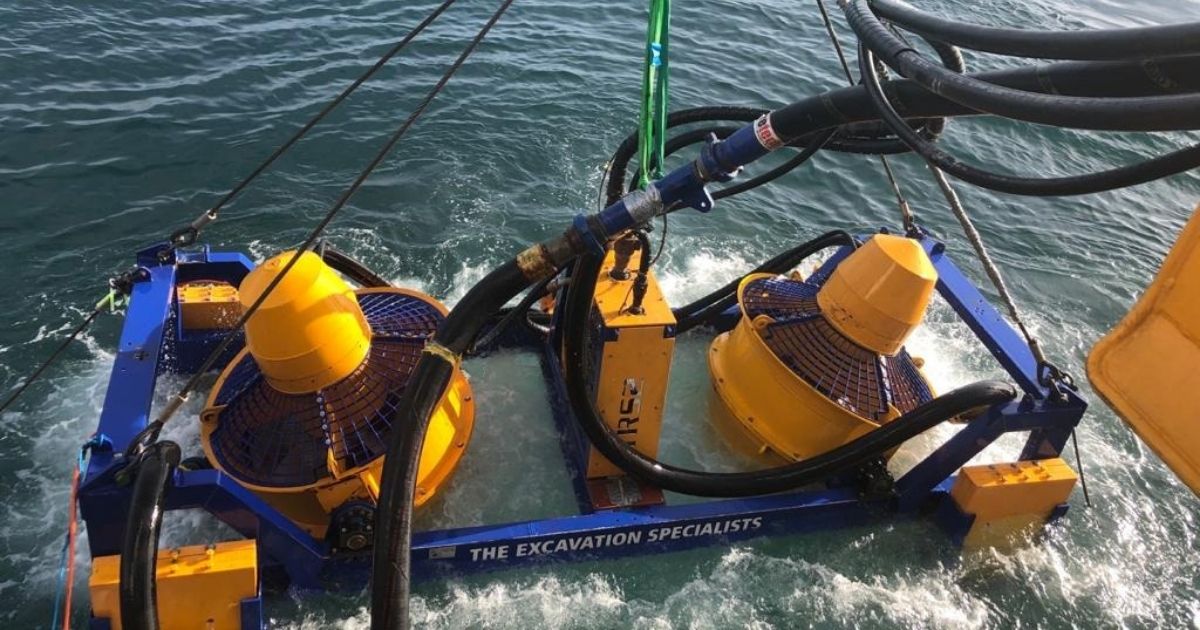 Rotech Subsea has clinched a contract for a follow-on phase of sandwave clearance and seabed levelling work at a state-owned Taiwan offshore wind farm. The scope of works will bring the number of active jobs for the subsea excavation pioneer in the Asia region to four when it commences in March 2021.

In Q3 2020 Rotech Subsea mobilized its state-of-the-art TRS2 Controlled Flow Excavation (CFE) and Suspended Jet Trenching tool, setting sail from Aberdeen to Taiwan. There, the TRS2 completed a sandwave clearance scope for a new client won on the back of Rotech’s unrivalled European track record in renewables.

After the vital infrastructure works at the state-owned wind farm was successfully completed the client requested to retain the equipment on stand-by in the region to ensure its availability for potential second phase work early in 2021. That second phase of work has now been confirmed, with work set to commence in March.

The initial scope of works saw Rotech Subsea provide its TRS2 CFE tool to complete sandwave clearance operations at the offshore wind farm. Phase 1 of the works was carried out in late 2020 with the recently announced second phase set to kick off in early 2021.

The TRS2 was selected by the client because of its high volume output performance. The tool was mobilized on the Topaz Installer operating in water depths of 5-10m.

Phase 1 was a success. The tool was used to carry out 25 grid line excavations, lowering the seabed to allow vessel access to the work site during spring tides. The sections to be levelled varied in height ranging from 0.4 to 18m. Rotech Subsea carried out excavations at speeds of between 4m/min and 10m/min.

The new contract win came on the back of Rotech Subsea’s December 2020 announcement that it had been engaged for a follow-on scope at another state-owned offshore wind farm in Taiwan- where its TRS1 suspended jet trencher had been deployed in Q2/3 2020 to carry out an inter-array and export cable trenching scope for a major long term tier 1 client. Rotech Subsea has also been engaged on another wholly new scope in Taiwan for the same client as well as mobilizing for a recently won umbilical post trenching scope offshore Melbourne, Australia.

“We have gained real traction in the Asian market in the last 12 months,” said Director of Subsea, Stephen Cochrane. “In common with four other tenders we have recently won in Asia, our state-of-the-art tools were selected for this phase 2 sand wave clearance work over other tools available in the region due to the safe, non-contact method and productive trenching speeds.

“In recent years we have seen the RS range of Controlled Flow Excavation (CFE) and Suspended Jet Trenching tools become the method of choice for IRM scopes. Increasingly our Suspended Jet Trenchers are being chosen as a primary method for trenching, over other contact trenching systems and ploughs due to our teams’ unrivalled experience and our tools’ unrivalled performance.

“The enhanced capabilities of our RS tools mean they can provide deeper and narrower trenches than ever before, with trenching speeds more than double that of competing Mass Flow Excavation tools.”