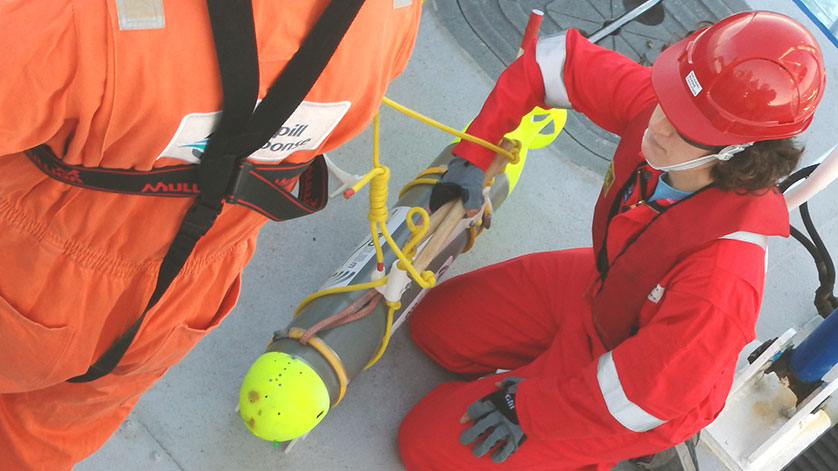 The exercise took place on the 13th June 2017 in open sea off the southern coast of England. A minimal amount of oil was released under carefully controlled conditions and with approval from the MMO. On hand was the full complement of oil spill response equipment and personnel, including a purpose-equipped vessel, containment and recovery equipment, and UK approved dispersant.

Planet Ocean deployed an ecoSUB-m AUV equipped with a Valeport Hyperion sensor tuned for hydrocarbons and successfully completed a number of autonomous missions at differing depths, reporting back calculated position of maximum concentrations in near real-time via Iridium to the OSRL Southampton-based Visualisation Centre which provided a GIS platform integrating data from each of the technology partner’s equipment as well as oil spill modelling platforms and satellite feeds. High resolution data was recorded on board the AUV for offline processing after transfer via Wi-Fi.

As well as the ecoSUB AUV, a glider and the latest in satellite, airborne and in-water surveillance and communications equipment was demonstrated and the highly successful event showed the value of the state-of-the-art technology in identifying and monitoring spills and was conducted with full approval of the Marine Management Organisation (MMO) following a rigorous planning and stakeholder consultation process.

“Achieving maximum effectiveness in response to an oil spill incident is based on prior preparedness and understanding the capabilities of the equipment contained within our ‘response toolkit’. As a result, we are constantly reviewing the potential impact the latest response technology can have on further negating the impact of a spill incident. Through the course of this exercise we were able to monitor, evaluate and mitigate the oil – giving us, our members and the general public total confidence in our systems and approach,” commented Robert Limb, Chief Executive for Oil Spill Response Ltd.