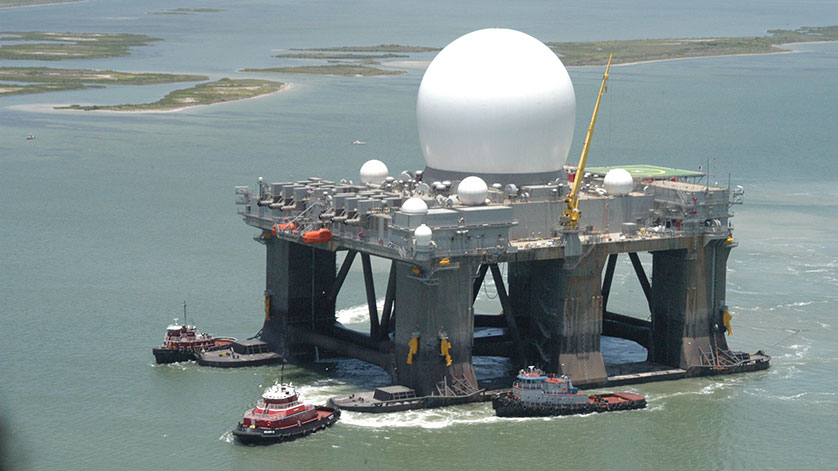 The Sea Based X-Band Radar (SBX-1) a floating, self-propelled missile tracking system operated by the U.S. Missile Defense Agency consists of an X-band radar array mounted on a 50,000 ton twin-hull semi-submersible. SBX-1 uses four azimuthing thrusters for propulsion and positioning and the requirement to change-out the forward-starboard thruster waterborne fell to Phoenix International.

Working closely with thruster OEM Wärtsilä Defense, the Phoenix team of divers and technicians installed a unique underwater hydraulic trolley system to allow the 25-ton thruster to be moved outboard of the thruster well once separation from the steering pipe was complete. This innovation was required because the semi-sub deck overhang coupled with a shallow Pearl Harbor repair berth precluded a direct yard-and-stay procedure. 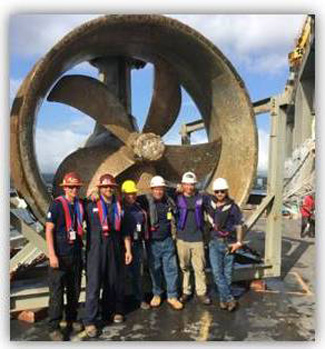 The Phoenix team was able to remove the existing thruster and, reversing this process, install a rebuilt thruster all within the tight timeline stipulated by the ultimate client. As the thruster work commenced, the client asked if Phoenix could also prepare SBX-1 for and perform an ABS in-water survey (IWS) in parallel with the thruster change-out. The Pearl City location and Hawaii based team was able to comply and the team went to work immediately, performing waterborne hull cleaning, shell-plate thickness gauging, sea-chest blanking, and visual inspection with an ABS surveyor in attendance.