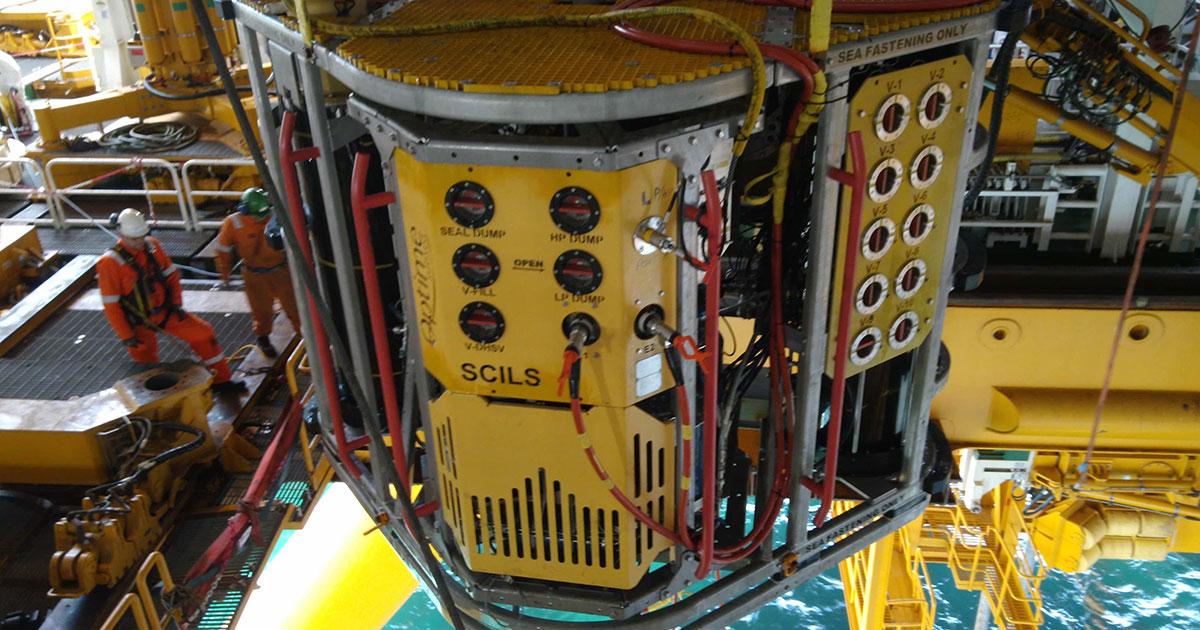 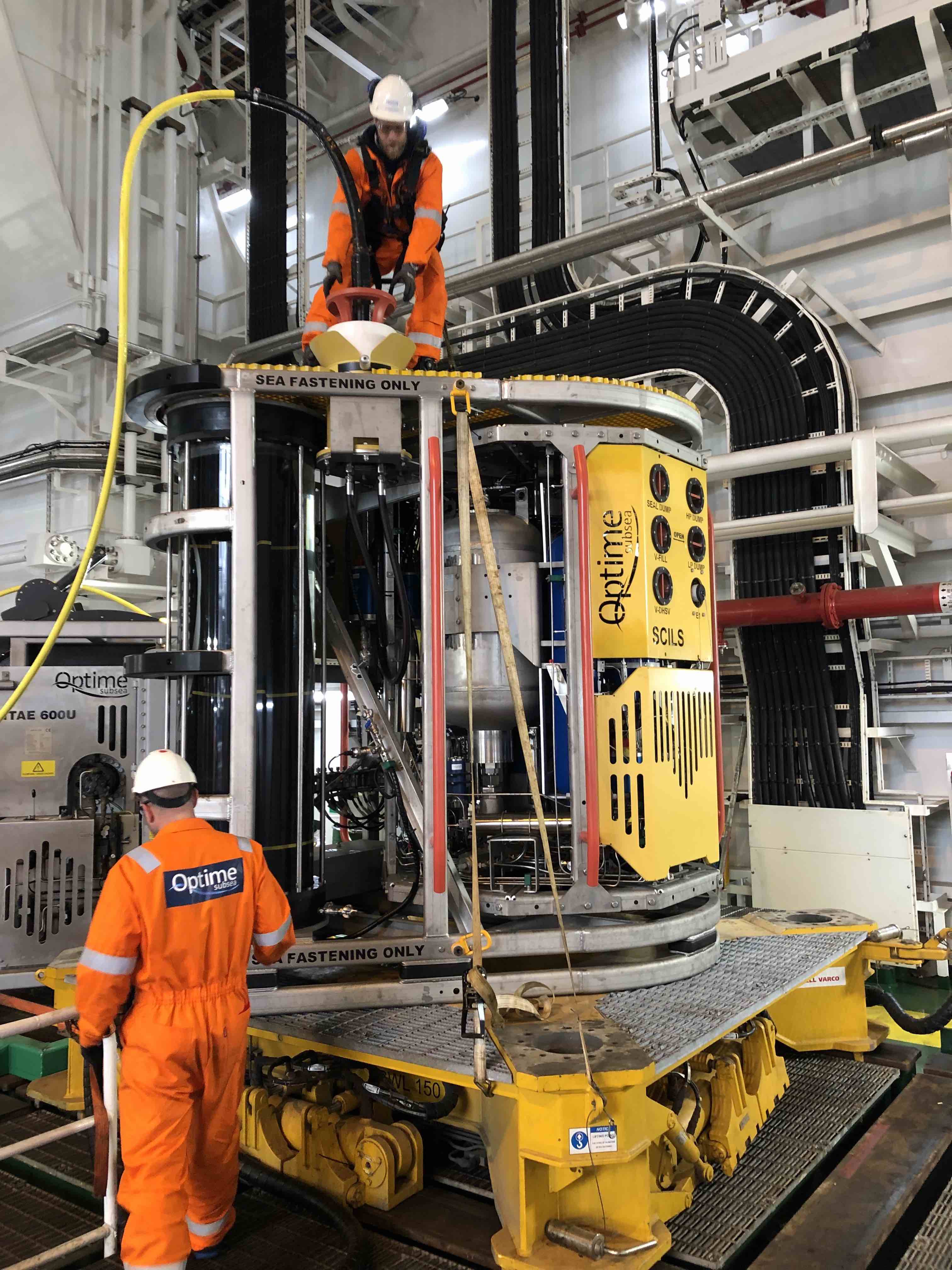 Traditionally the IWOC systems typically have consisted of large 20 foot topside containers with equilly large umbilical and reels, carrying all hydraulics and electrical power. These systems may have a total weight of up to 50T.

Optime Subsea’s SCILS moves the hydraulic control from topside to subsea, resulting in no need for topside container and a dramatic reduction in size of the umbilical and reel. The SCILS have a total weight of 3 – 7T, depending on the reservoar size and configuration.

To illustrate how the SCILS differs from traditional IWOC systems and operations, Aker BP chose to demobilize the SCILS after its two well P&A campaign on the Jette field on the Nowegian Continental Shelf in the North Sea. In preparation for its new completions work on the Skogul field, Aker BP will perform the complete interface testing towards the Xmas Tree at Optime Subsea’s workshop in Notodden, Norway. This simplifies interface challenges which normally would be discovered on rig and thereby further saving the Norwegian based operator rig cost and time. This can only be carried out because of the small sized SCILS. It mobilizes or demobilizes in a day, compared to traditional systems requiring 5-7 days each.

“Aker BP continues to search for value creation by exploring new and innovative ways to optimize its assets and operations. We decided using Optime Subsea’s SCILS because it ties well into our strategy of continuous improvement and simplification of our well access operations. Using new technology always brings some risk associated with it, but the integrated planning resulted in a successful execution” says Mads Rodsjo, VP D&W Functional Excellence in Aker BP. 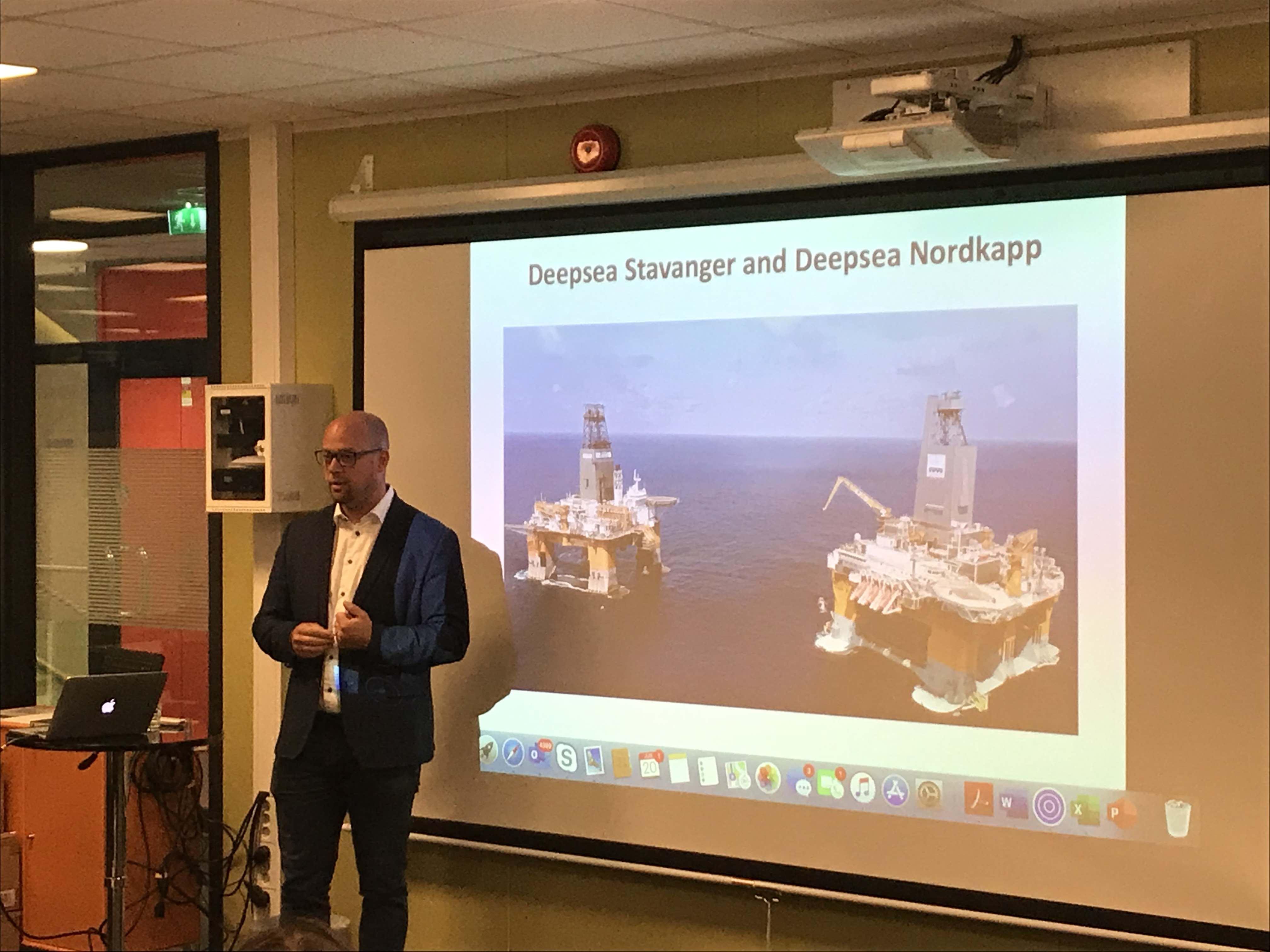 “We are very proud of how well the operations and one team relationship with Aker BP developed. We have a few more technology developments up our sleeve, but for the most part, our controls and intervention systems are modular and field proven and truly cuting edge in the industry. We look forward to grow the global supply of SCILS and similar systems” says Jan-Fredrik Carlsen, CEO of Optime Subsea.