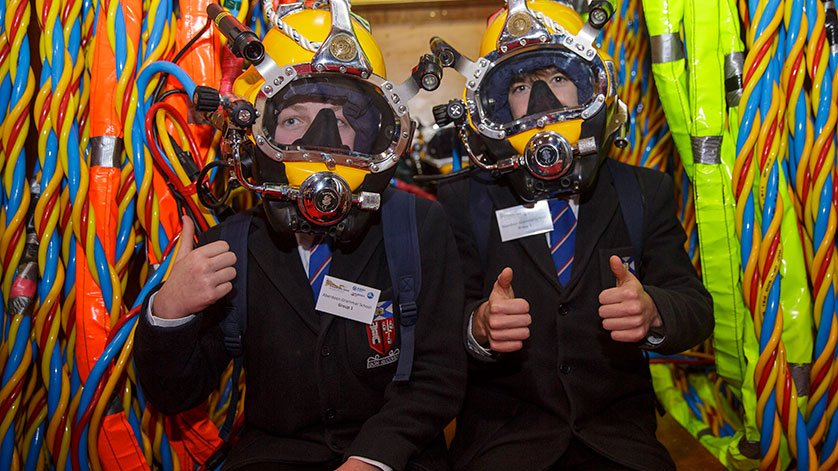 The groups of 13-17-year olds interacted with 12 subsea companies taking part in EYF at the Aberdeen Exhibition and Conference Centre (AECC).

EYF is now in its 10th year and is managed by OPITO, the global, not-for-profit, skills body for the energy industry. A regular UK program, it has been held as part of major oil and gas industry events or delivered through standalone sessions since 2008. The aim of EYF is to inspire young people to think about a career in the energy sector and the event provides a chance to get up close with key companies and personnel who can help explain their business as well as roles and routes into the sector. 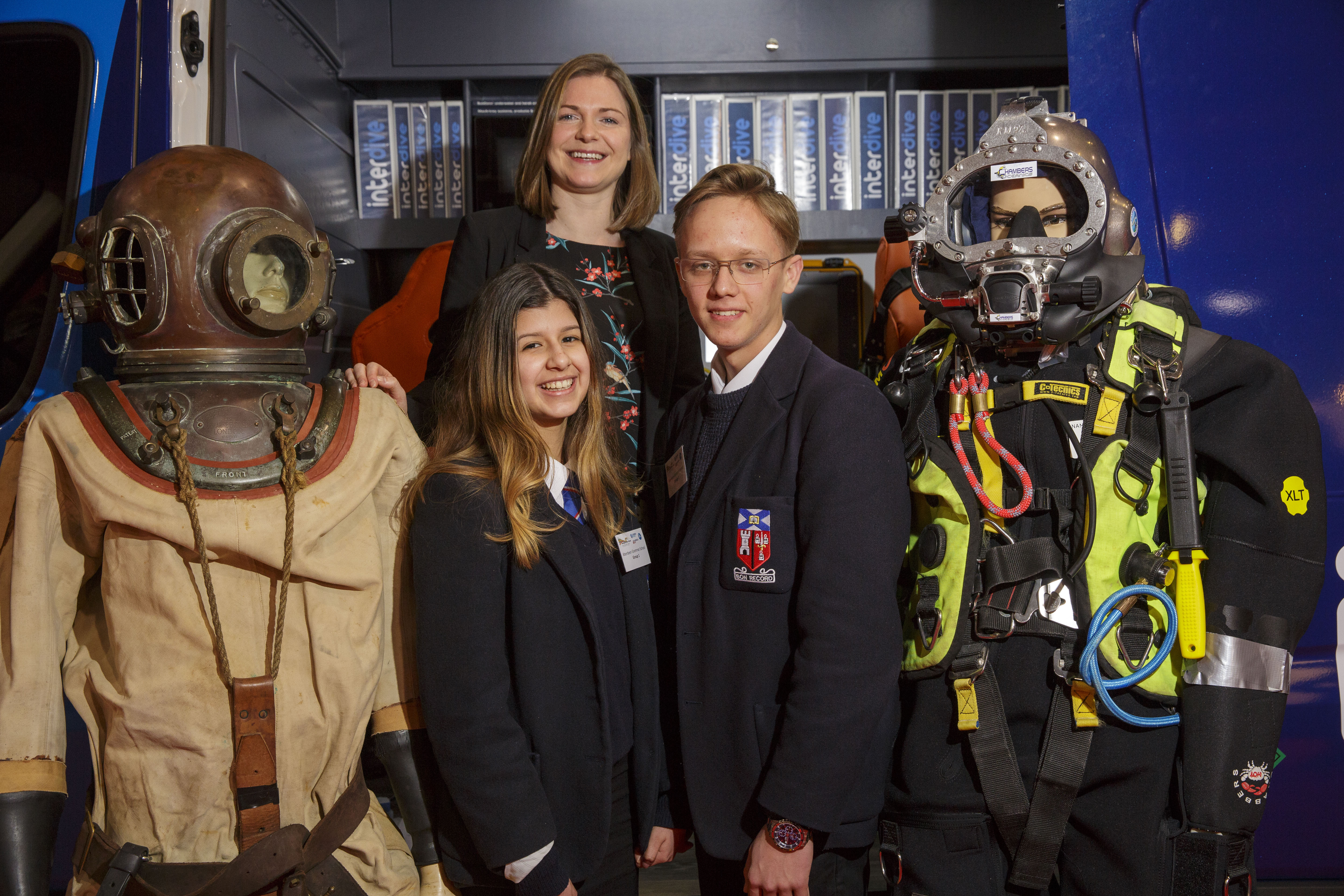 At the start of the EYF event at Subsea Expo, the young audience heard from those who have already experienced apprenticeship programs. Speakers include Natali Shaw from Baker Hughes GE, Subsea 7’s Charlotte Stirton, Aker Solutions’ Ryan Fernando and Xodus Group’s Colin McClure.

The pupils experienced diving rigs from the past and present as part of a bespoke exhibition by Interdive; solve a data analysis probability game with integrity assurance consultancy Astrimar and tour a virtual oil and gas platform with RINA Consulting.

OPITO director, Christine Currie, said: “Energize Your Future at Subsea Expo is a fantastic chance for school pupils to immerse themselves in the exciting technologies and techniques being used by companies in the UK and around the world.

“The hands-on activities allow the groups of students to gain greater awareness and understanding of opportunities available in various careers, as well as finding out about the fast-paced innovation and technology involved in the subsea sector. The event is designed for pupils interested in business, arts, science and technological subjects as well as engineering or working offshore.

“Over the past 10 years of EYF events, we’re pleased to say there have been many success stories of pupils who have attended and become inspired to follow a career into the sector.”

One recent success story is OPITO’s Apprentice of the Year 2017, Ashley Thomas. He is a second-year process operations apprentice on the Oil and Gas Technical Apprentice Program (OGTAP), which is managed by OPITO and the ECITB.

The 20-year-old said that attending EYF events while at school helped shape his future. He explained: “During the morning session, we listened to several presentations from young people who already work in oil and gas. They told us about their routes in, what their jobs entailed and what they enjoyed about it.

“One of the speakers was an OGTAP apprentice and what they had to say really appealed to me. I applied to OGTAP and have never looked back. Events like these are a fantastic way to engage with young people and really let them see what to expect.”

Operations director for Xodus Group, Andrew Wylie, said: “We were pleased to return to Subsea Expo at an exciting time for the oil and gas industry. We encourage our engineers to work with young people and the EYF program is an ideal chance to pass on our knowledge.”

Subsea Expo is organized by Subsea UK and is the largest subsea focused event in Europe, attracting 5,000 delegates and 150 exhibitors.

OGTAP is currently seeking its latest intake of apprentices with the closing date for applications 4pm on Friday, 16th February.