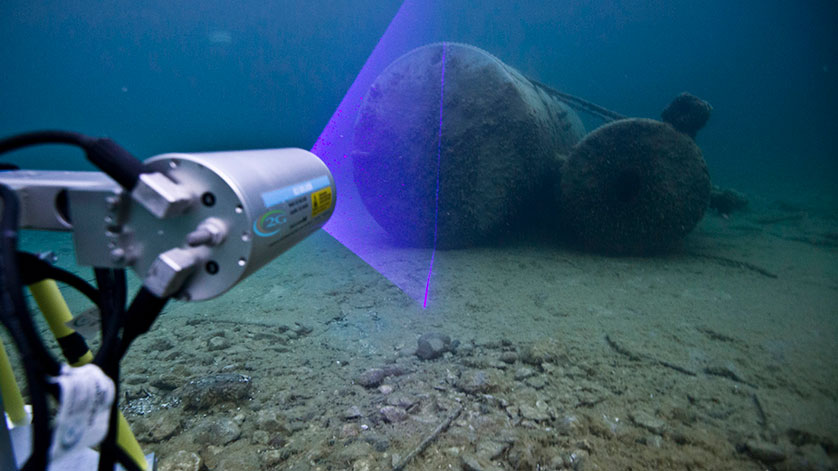 OceanGate Inc., a provider of manned submersible services and 2G Robotics, a global leader in underwater laser scanners, have formed a strategic alliance to capture laser data of the RMS Titanic shipwreck and debris field. 2G Robotics dynamic underwater laser scanner, the ULS-500 PRO, will be installed on OceanGate's Cyclops 2, the first manned submersible to survey the Titanic since 2005.

The six-week Titanic Survey Expedition will depart from St. John’s, Newfoundland in June with scientists, content experts, and mission specialists joining the crew in a series of week-long missions. The innovative 2G Robotics equipment will generate real-time 3D models with millimetric resolution. Using the highly accurate laser data, the team will overlay 4K images captured throughout the expedition to create a detailed 3D virtual model of the wreck. This model will serve as an objective baseline to assess the decay of the wreck over time and help to document and preserve its submerged history.

“Laser scanning provides maximum detail in less time than other techniques,” notes Stockton Rush, OceanGate CEO. “2G Robotics has provided us with a solution that will generate an entirely new perspective of the Titanic.”

Cyclops 2 will be outfitted with 2G Robotics’ ULS-500 Pro. This dynamic underwater laser scanner is significantly quicker and delivers fine-scale dimensional features not captured by other methods. The scanner will document the present-day condition of the historic site without any need for physical interaction.

Documenting the debris field and creating a nearly lifelike digital model without disrupting the habitat or any artifacts is of top priority to OceanGate. "We recognize that the entire site is a memorial and we undertake our expedition with great respect for those who died in the sinking”, said Rush. The expedition is to be conducted in accordance with NOAA and UNESCO guidelines for the preservation of underwater world heritage sites.

“From a young age, I dreamt about underwater exploration and archaeology and it is this passion that 2G was built upon,” states Jason Gillham, 2G Robotics CEO. “So, for our team, contributing to the preservation of one of the most culturally significant maritime sites is an exciting culmination to over a decade of hard work. We are extremely proud to be a part of the Titanic Survey Expedition.”