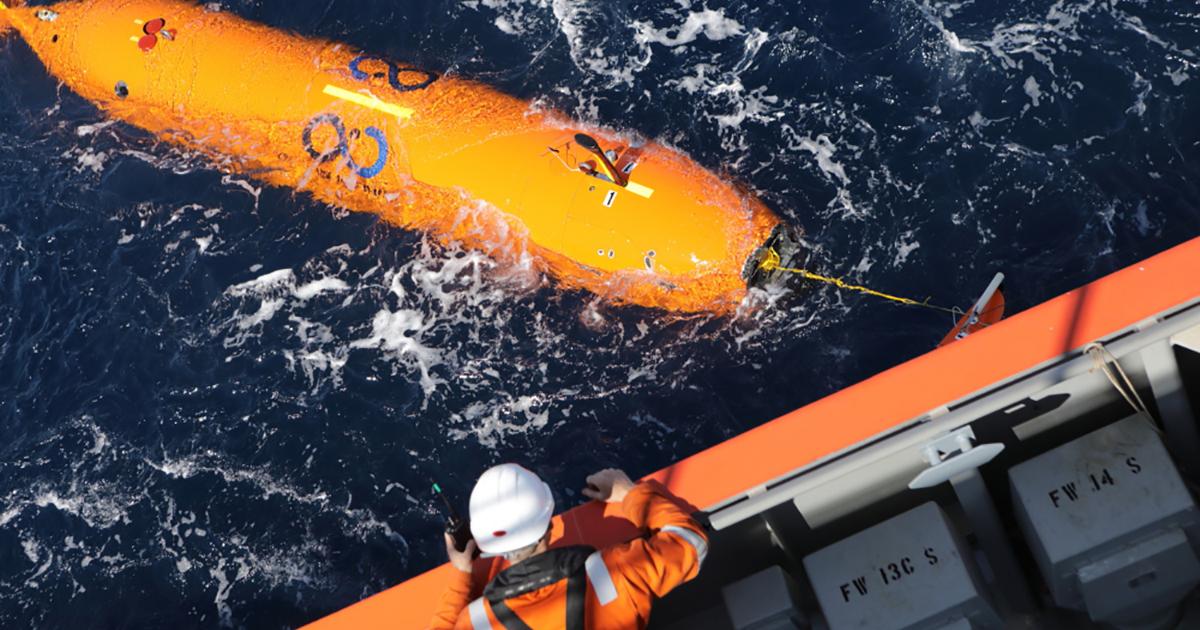 Ocean Infinity, a next generation sub-sea technology and data company, has successfully carried out an expedition on the Mohns Ridge in the north-western Norwegian Sea, on behalf of the Norwegian Petroleum Directorate (NPD).

NPD had been assigned the task of mapping and proving deep sea mineral deposits by the Norwegian Ministry of Petroleum and Energy. Using multiple state-of-the-art autonomous underwater vehicles (AUVs), Ocean Infinity acquired a total of 3,900 kilometers of geophysical seabed data over the four-week expedition, assisted by experts from Ocean Floor Geophysics (OFG). Demonstrating the real value of Ocean Infinity’s experience in simultaneous operations, ROVs were deployed at the same time as the AUV operation to gather rock samples, and to take HD photographs and videos of mineral deposits.

The information acquired has provided important geophysical data and seabed maps, with a resolution of one meter in water depths down to 3,000 meters. As a result, PhD candidates from the University of Bergen (UiB) and NTNU have made several discoveries of previously unknown sulphide deposits. These deposits included metals and minerals that are important in the development of modern technology.

“We are delighted to have worked with the NPD on this challenging project and ultimately to have delivered such a significant volume of high-quality data in such a short space of time.

We have once again demonstrated the efficiency and effectiveness, and high value, of our unique capabilities. This project illustrates our ability to gather large amounts of precise, high quality data at speed. Our simultaneous operations not only ensure the most efficient and highest quality results for our clients, but have materially less environmental impact than those using legacy technologies.”

“I am very pleased that we have identified, mapped and sampled several new mineral deposits. We have also been able to demonstrate new, very efficient data acquisition technology. This is a ground-breaking expedition, in that it is the first time so many autonomous vehicles have been used simultaneously for systematic large-scale mineral mapping. This makes it possible to cover large areas in a short amount of time, so we can streamline and accelerate deep sea data acquisition.”