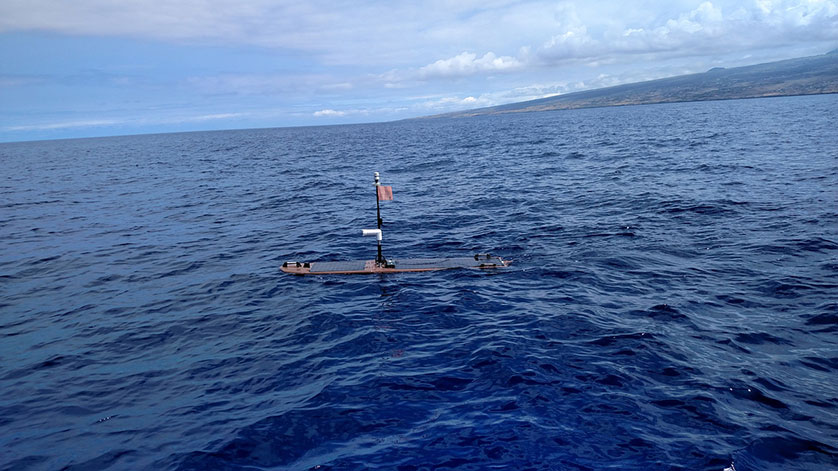 Liquid Robotics’ Wave Glider, an autonomous surface ocean robot, will be the core technology to conduct long-term environmental monitoring and surveillance of the Pacific’s most diverse and endangered underwater ecosystems. This partnership will help address the critical long-term monitoring and scientific data collection gaps that are not economically feasible with traditional research assets.

"The Office of NOAA’s National Marine Sanctuaries Pacific Islands Region is honored and excited about the possibilities that this new partnership will bring to both our programs," said Allen Tom, Regional Director, Office of NMS Pacific Islands Regional Director. "Utilizing the latest technology in marine sciences helps us protect some of the older marine ecosystems in the world-- a truly groundbreaking opportunity for ONMS and Liquid Robotics."

The innovative use of autonomous systems and services to augment NOAA’s ONMS current resources will greatly enhance their ability to assess and evaluate the increasing threats posed by:

“Over the past decade, we’ve partnered with NOAA scientists on projects ranging from ocean acidification, to measuring Arctic waves to collecting storm intensity data from the surface of the hurricane,” said Gary Gysin, President and CEO of Liquid Robotics. “This collaboration takes our partnership to a new level as we provide Wave Glider technology and services to help preserve, protect and sustain the Hawaiian and American Samoa marine sanctuaries and ocean we all hold dear.”

This partnership provides services to the National Marine Sanctuary System’s six sanctuary units, as well as:

NOAA’s Office of National Marine Sanctuaries serves as the trustee for a network of underwater parks encompassing more than 600,000 square miles of marine and Great Lakes waters from Washington state to the Florida Keys, and from Lake Huron to American Samoa. The network includes a system of 13 national marine sanctuaries and Papahānaumokuākea and Rose Atoll marine national monuments.