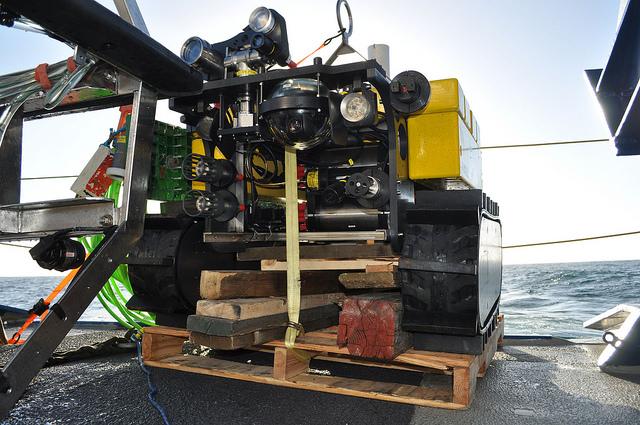 2016 marks the beginning of a new era of imaging the bottom of the ocean. The seafloor crawler Wally from Jacobs University Bremen, Germany, has received a brand new tool, added by the German Centre of Artificial Intelligence (DFKI). This structured laser imaging system will be able to perform laser scans of the seafloor, which will image the seafloor with a phenomenal resolution down to one millimeter. 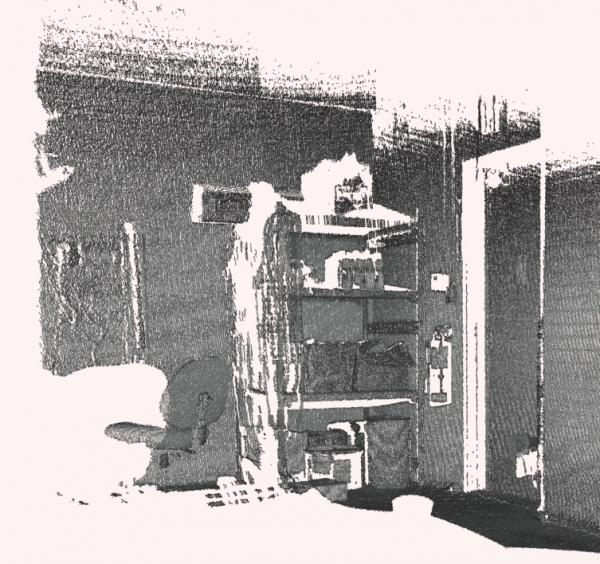 High-resolution images will add various new components to the ongoing scientific research carried out with the data acquired on Ocean Networks Canada's observatories. For instance, the crawler Wally operates in an environment of highly dynamic gas hydrates (ice-like formation of highly compacted natural gas, mainly methane, inside tiny cages of water molecules). These hydrates form small mounds on the seafloor whose shape and size change over time, and the laser scans are able to detect very small such variations. Furthermore, a three-dimensional (3D) model of the environment will be obtained during each laser scan, which will enable Wally to autonomously navigate in the area — a technology that is crucial in space exploration by autonomous robots on distant moons or planets. This directly links to the German ROBEX initiative , robots in extreme environments, which Wally is part of.

For Wally's bright future, another exciting part of this new laser scan system is its pan and tilt unit (PTU). This unit enables the laser and camera bodies to point at precise angles exactly where intended, which is absolutely crucial for extracting a 3D model from the data. The interesting part is that this unit is the first part of a future manipulator for Wally, when Wally will be equipped with an arm made out of several of these pan and tilt units. Other future ideas are to remove the tether and have Wally fully autonomous, and finally make Wally float and ready for lift-off. Wally is not only operated, but, typically, also maintained in Germany and travels by ship or by plane across the Atlantic. This year, after Wally arrived back at ONC's marine headquarters, Wally was showing signs that he prefers the seafloor to land, as he required some fixes after the transport. Fortuitously, Alexander Duda from DFKI was coming out to Victoria to install the new laser scan system, and he dove right in to fixing Wally in time for final testing before Wally headed out so sea on board the E/V Nautilus on 10 May to be the first new instrument platform connected to NEPTUNE during Expedition 2016 after the highly anticipated successful Barkley Node repair.

The remaining new instrument platforms, the so-called PODs, for Barkley Canyon are scheduled to be deployed in June from the R/V Sikuliaq, which should bring Barkley Canyon right back into full operation, with Wally paving the way.