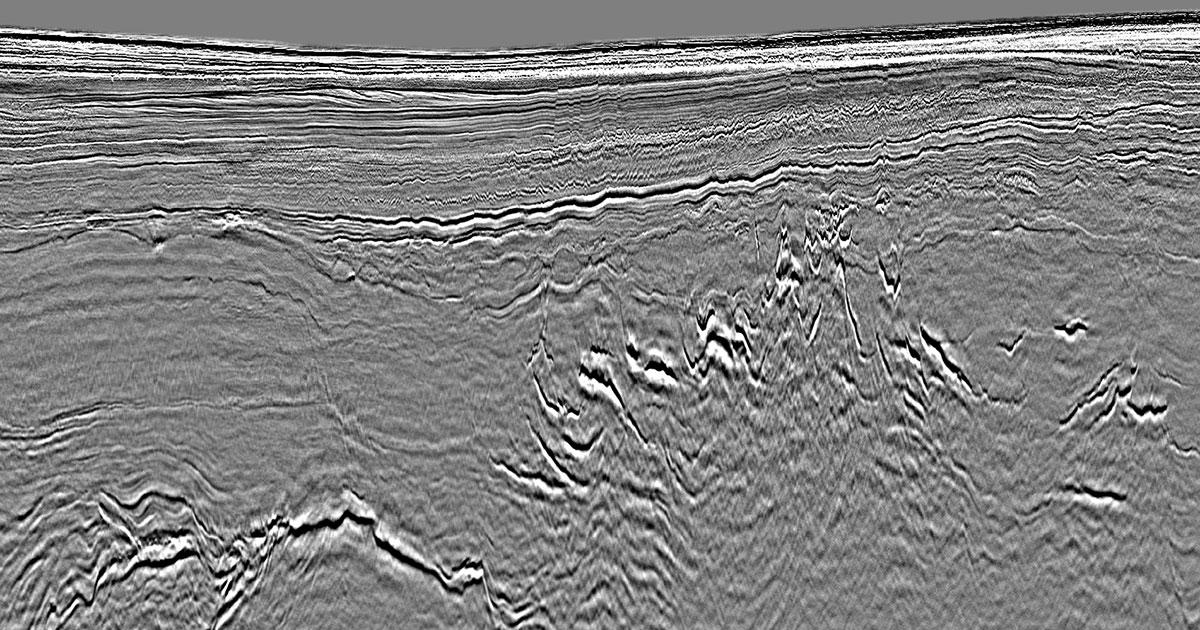 Among many recent seismic technology advances, there has been a step-change in source deblending. This has enabled the design of surveys, which use multiple sets of simultaneous sources to provide bespoke imaging solutions for a range of challenging environments. Typically, this includes a dramatic increase in source density and the collection of additional offset-azimuth coverage without losing fold and near offset coverage.

A recent example of this new generation of blended seismic imaging projects was the rich-azimuth, multi-client survey acquired over the North Rona Ridge, northwest of Shetlands. The intention was to image multiple targets from shallow Tertiary and Cretaceous plays, through to complex fractured Devono-Carboniferous reservoirs and Pre-Cambrian fractured basement plays. These are all potentially productive reservoirs along the Rona Ridge with examples including the Clair and Lancaster fields. A key challenge faced in this region is the imaging of targets beneath Tertiary volcanic intrusions.

Taking advantage of the flexibility and versatility offered by deblending, bespoke survey designs were evaluated against the geological imaging objectives and the practical operational constraints for the efficient acquisition of the data set. A key element of the design was the inclusion of wide-azimuths from a group of sources positioned out to the side of the streamers. This enabled the survey to be acquired efficiently parallel to the coastline, in the strike direction of the main structure, while still providing crossline offsets and dense sampling in the dip direction. This geometry also provided good ray path diversity to image beneath the Tertiary volcanic intrusions known to be present in the area, by increasing the maximum y-offset.

Deblending technology provided the freedom to have multiple sources on the streamer vessel to acquire dense data in the inline direction, whilst at the same time simultaneously acquiring dense data in the crossline direction without compromising the delivery timescale. Deploying six sources sequentially would result in a low-fold, poorly sampled data set. Therefore, the shooting strategy was adapted to fire the sources more frequently in order to preserve seismic fold for all offset/azimuth classes, as well as increasing operational efficiency. Such an acquisition strategy required an up-to-date system, relying on continuous recording technology to guarantee the integrity of the seismic data, combined with an advanced deblending routine, modified so that all six sources were deblended in one step.

The figure shows the new simultaneous-source rich-azimuth data set with an uplift in the continuity of deep reflectors and potential reservoirs below the volcanics. This survey provides a great example of how CGG’s advanced deblending algorithms and expertise is enabling a new generation of bespoke, high-density acquisition designs which together can address difficult geological scenarios.