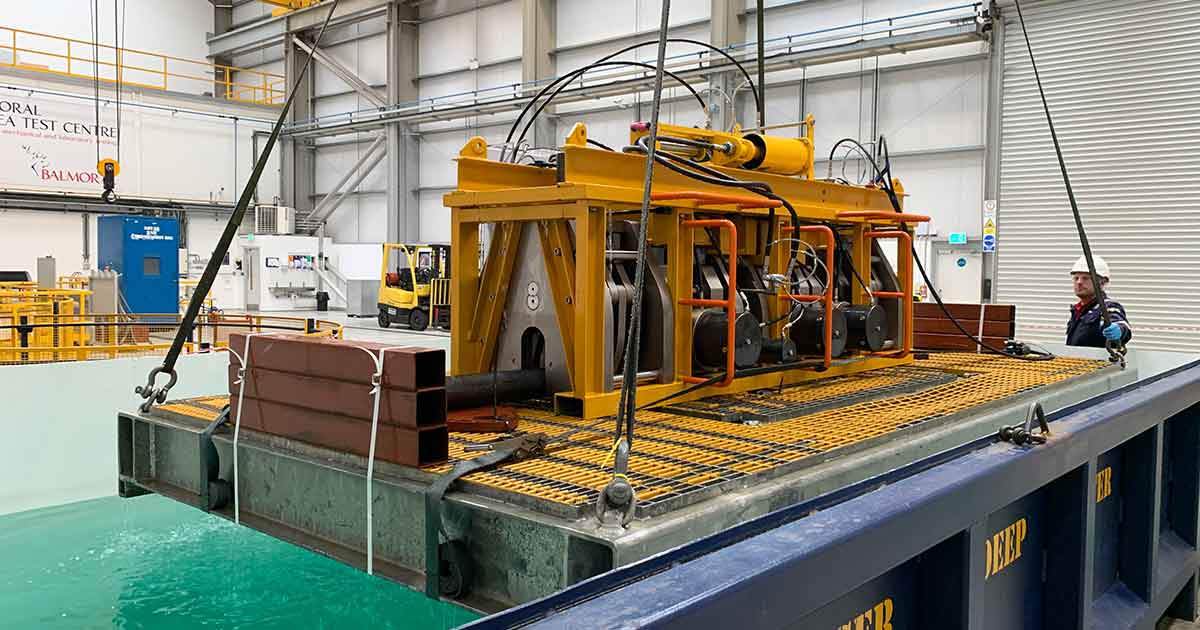 Balmoral Subsea Test Center’s submersion tanks were called into action recently with a requirement to put an innovative new cutting and sealing tool for the decommissioning sector through its paces.

The tool is designed to cut and seal pipework to prevent marine environment contamination removing the need for a containment dome during operations. 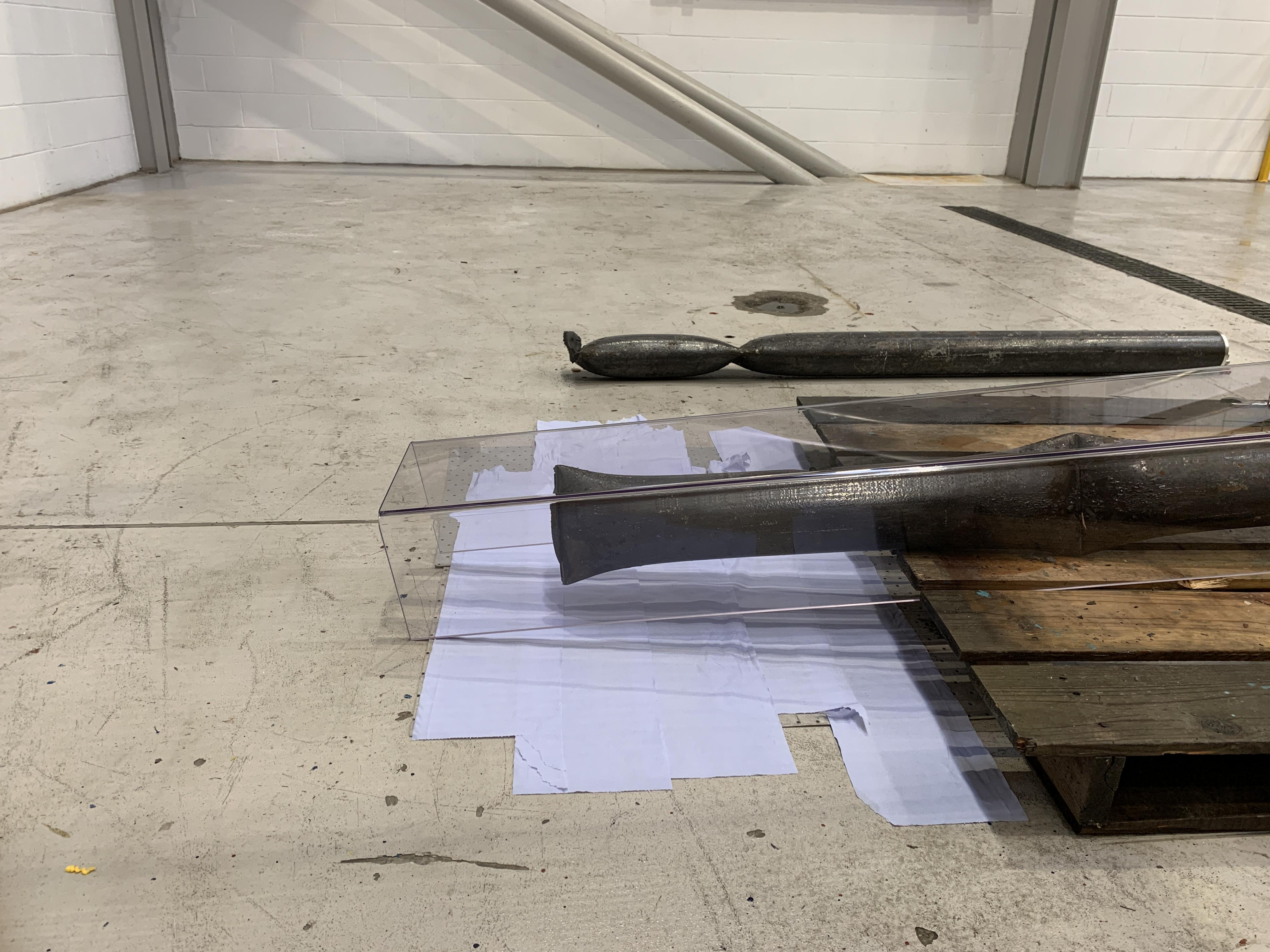 The crimped pipeline before and after sealing and cutting

The concept of the FIT relies on a single system that is capable of multiple actions:

The pipeline is initially lifted from the seabed and secured to the tool. It is then crimped in two places either side of the cutting point to create a cavity without rupturing the pipe wall.

The pipe is then pierced between the two crimped sections to prevent any escape of contaminants and a sealant is injected into the cavity to create a ‘rubberised’ plug. Finally, the pipe is cut through the sealed section creating an additional crimp point and separating the pipe into two pieces.

The pipe ends are now fully sealed with the crimps preventing any release of pollutants.

When the FIT operations have concluded the tool is removed topside, reset and positioned further along the pipe to repeat at pre-designated lengths creating practical sections of pipe for surface recovery.

Rory McGarry, technical director with Allspeeds, said: “We were delighted with the way the tool performed under test conditions and with Balmoral’s facilities and engineering support.”

Test house manager at Balmoral, Derek Weir, said: “This was a complex procedure which involved a number of tests. I believe this demonstrates the flexibility and capabilities of our facility which are now being widely used by the oil and gas, renewables, oceanographic, defence and valve production sectors.”

With the FIT successfully completing rigorous testing at the Balmoral Subsea Test Center in Aberdeen, Allspeeds is proceeding to full manufacture of production versions.