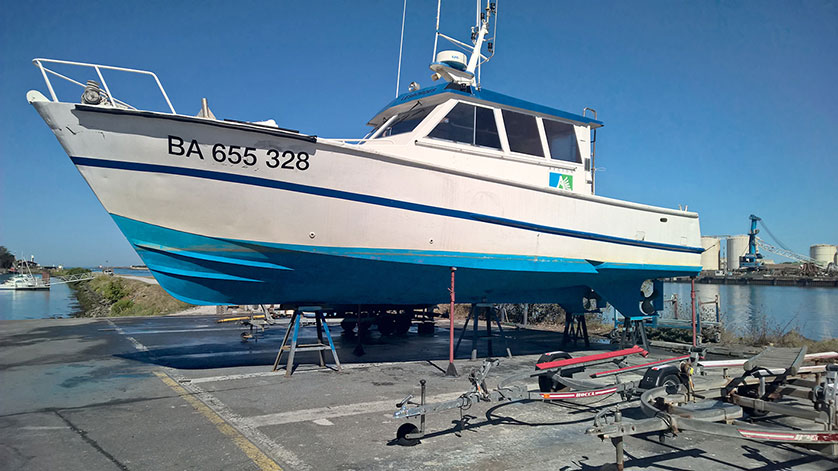 Located on the western border between Basque Country and Gascony, the harbor of Bayonne belongs to the region Nouvelle-Aquitaine which is under obligation to provide information to the various harbor operators about the depths in the areas of the harbour.

MacArtney France is the proud supplier of the multibeam solution for the bathymetric vessel ‘Ingénieurs Lesbordes’ and is likewise the integrator of the diverse steps of modification which were imperative to the successful adaptation of the vessel to the prevailing IHO survey standards.

The bathymetries produced are essential for navigation (permissible draft, obstacles) and dredging operations (decision support, control) and they are also necessary for the hydro-sedimentary knowledge of the river Adour, the various channels of access to the harbour, as well as for the supervision of works and the monitoring of the structures.

The measures of vessel modification called for overall responsibility on the part of MacArtney France for implementing the following steps:

The data acquisition conditions in the Nouvelle Aquitaine region are very difficult; the water is very turbid and the variability of the sound velocity, in both space and time is significant. In addition to this, logs are frequently being carried by the Adour river, for which reason the system installed has been manufactured in a heavy-duty design, thus ensuring a sturdy structure. The bathymetric system demonstrates great accuracy of a quality being superior to the requirements made by the IHO.

The vessel now meets the requirements for bathymetric surveying carried out throughout the administrative perimeter of the harbour of Bayonne as well as on the sediment immersion areas of dredging at the coast or offshore and environmental monitoring areas for dredging.

“We have experienced a very fruitful working relationship with the various business partners having been involved in making this project succeed, says David Mazzochi, Managing Director of MacArtney France. The owners of this modified bathymetric vessel, region Nouvelle Aquitaine, has expressed respect and contentment with the serious and professional workflow presented by our staff during the installation, tests, validation, and training.“