Liquid Robotics Announces Next Generation of the Wave Glider 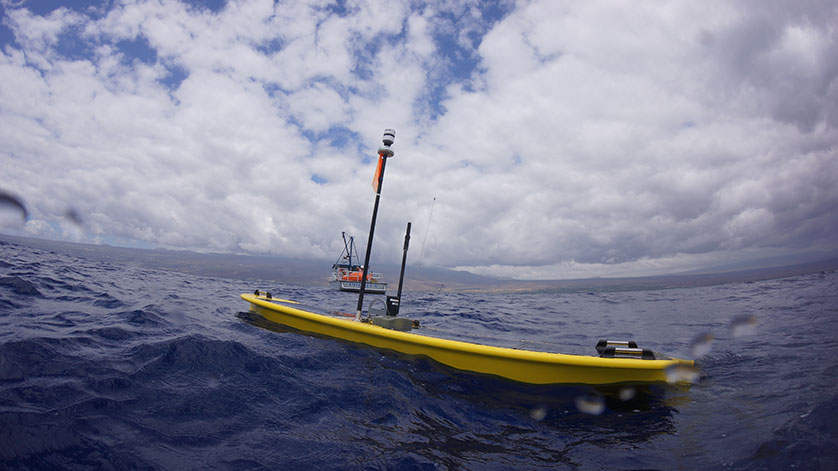 Liquid Robotics®, a leader in long duration, unmanned surface vehicles, has announced the next generation of the Wave Glider, with advancements to the platform’s operational range, and performance for missions in high sea states and high latitudes.

“From the very first Wave Glider we’ve had a passion and relentless commitment to make the world’s best unmanned ocean robot,” said Roger Hine, CTO and Co-founder, Liquid Robotics. “With our next generation Wave Glider, we’ve applied learning from approximately 100 years of cumulative water time to enhance an already well-proven design. The result is our Wave Gliders are better prepared than ever before to tackle the dull and dangerous missions.”

Customers conducting exploration and surveillance missions in challenging environments are deploying Wave Gliders to collect and communicate data from locations too remote or too dangerous for manned systems. Operating through a wide range of conditions and oceans around the world, including the Arctic (latitude of 78.76N) and Southern Ocean (latitude of 64.8S), this new version builds on the current platform capabilities with the following innovations:

“As we prepared for our deployment in the Southern Ocean, one of the most inhospitable ocean regions on the planet, it was clear that a successful mission required the next generation Wave Glider enhancements to provide reliable operations across the full spectrum of high seas we would encounter,” said Dr. Eric Terrill of the Scripps Institution of Oceanography. “We’ve worked with early versions of this platform off the coast of Iceland for an extreme seas study, and the Wave Glider performed admirably even in seas in excess of 10 meters (sea state 8), so we knew for peace of mind, our Southern Ocean project would require a similar configuration.”

For existing customers, an upgrade kit has been developed to expand the capabilities of their existing Wave Glider to match those of the new platform. All sensor integration validated on the current platform is compatible with the new system without new certification. General availability for this new version is October 2017.

Liquid Robotics and Wave Glider are registered trademarks of Liquid Robotics, Inc., a wholly owned subsidiary of The Boeing Company.