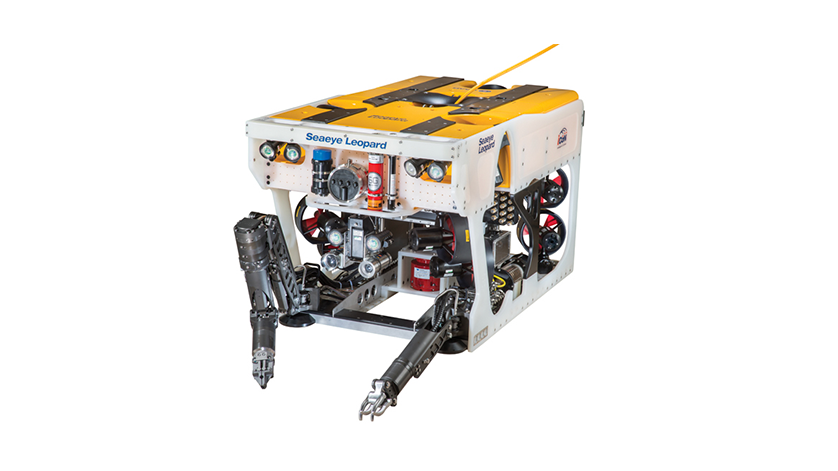 In a bid to master mountainous seas the Saab Seaeye Leopard ROV system recently delivered to Japan’s Kaiyo Engineering has added an active heave compensator (AHC) to its launch and recovery system.

Kaiyo Engineering, a specialist marine science company, is undertaking seabed research for Tokyo University and is using the Leopard to explore the feasibility of seabed mining.

Log file of winch response during tests in Japan. The green curve shows the vessel heave at the LARS and the orange curve the actual response of the winch. The harmonious relationship between both curves illustrates how the AHC’s millisecond response to displacement achieves accurate compensation.

Adding AHC means Kaiyo can work offshore more easily in high sea states, as the AHC system will accurately maintain the exact relative depth of the tether management system from which the Leopard is deployed by compensating for wave movement and effectively creating a motionless state between them. This significantly increases the ease of ROV operations in high sea states.

The highly advanced AHC system from Scantrol is designed to maintain accurate position control at the winch in real time by calculating and compensating for any displacement of the vessel caused by wave movement. Increased operational time, safety, ease of use and efficient commissioning is the main focus of Scantrol AHC.

With the knowledge from simulations and tests performed prior to the commissioning, the LARS system was upgraded on board the vessel by Hydramec and Scantrol in only three days.

In Japan the system was tested to record winch response and winch speed, by simulating 3m vessel displacement down to the Leopard’s 3000 metrt rated depth.