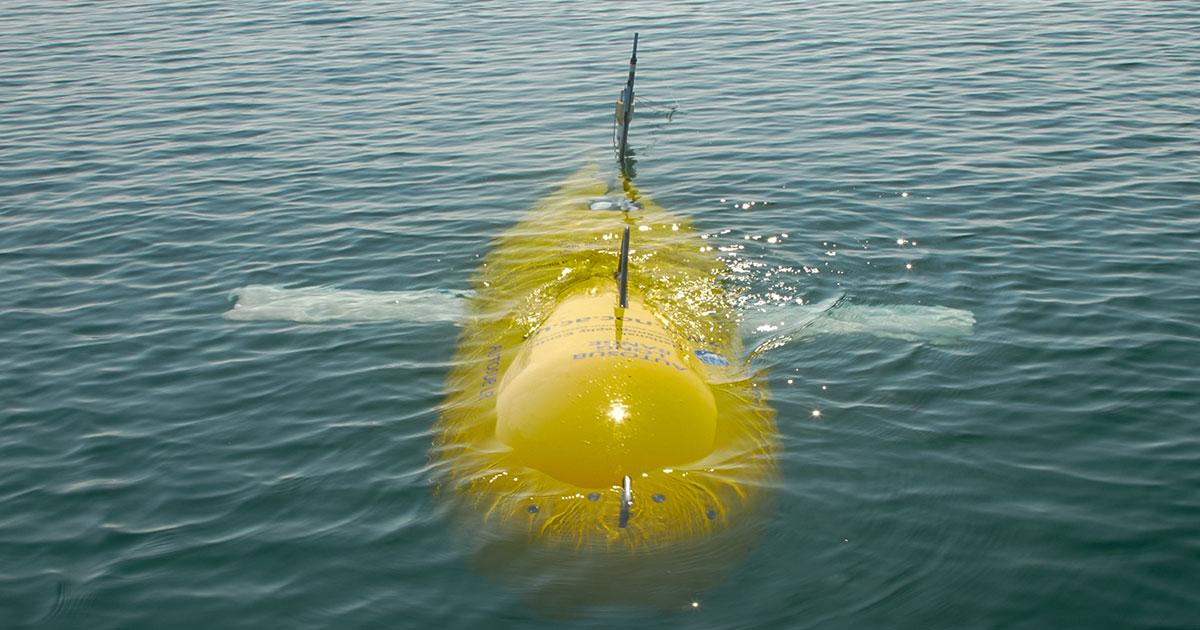 The latest Autosub Long Range (ALR) vehicle being developed by the National Oceanography Centre (NOC) has successfully completed its first live trials in the waters of Portland Harbor in Dorset.

The new autonomous underwater vehicle (AUV), ALR1500 – named for the 1500m depth it can achieve – passed its first major test in Portland Harbor in late March with flying colous, successfully demonstrating its integration with the unified Command and Control (C2) software platform that has been developed in parallel by the NOC in partnership with the Scottish Association for Marine Science, under the Oceanids programme. These trials have shown that the vehicle’s hardware and software systems are communicating effectively with each other, which provides a solid platform as ever more advanced features are added. 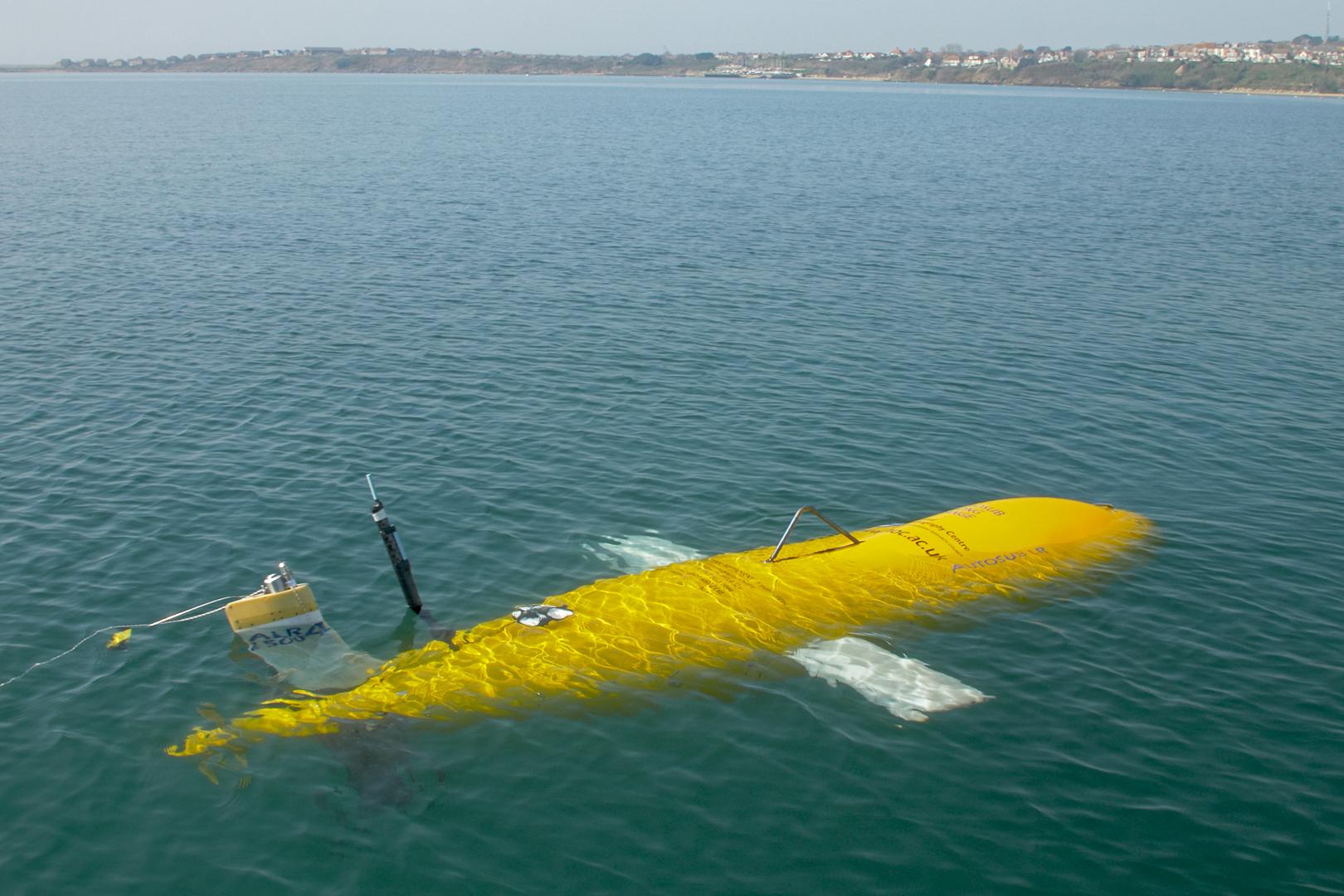 LR1500 is one of three vehicles that will further enhance the advanced marine observing capabilities available to the UK science community. Compared to the current 6000m depth-rated models, ALR1500 has been designed to have greater endurance and payload capacity, a knock-on benefit from the reduced requirement for the heavy and bulky pressure vessels that are needed for operating at extreme depths. Optimized for surveying the continental shelf and upper slope, ALR1500 will have the potential for long endurance missions covering hundreds to thousands of kilometers over periods of several weeks to months. This opens up exciting new possibilities, such as a full trans-Arctic under-ice mission, that will also require innovative navigational solutions.

The harbor acceptance trial wasn’t just of interest to engineers and scientists. The serious business of testing innovative ocean robots was irresistible for one keen observer – a bottlenose dolphin paid a visit and appeared curious about this new addition to the harbor’s waters. 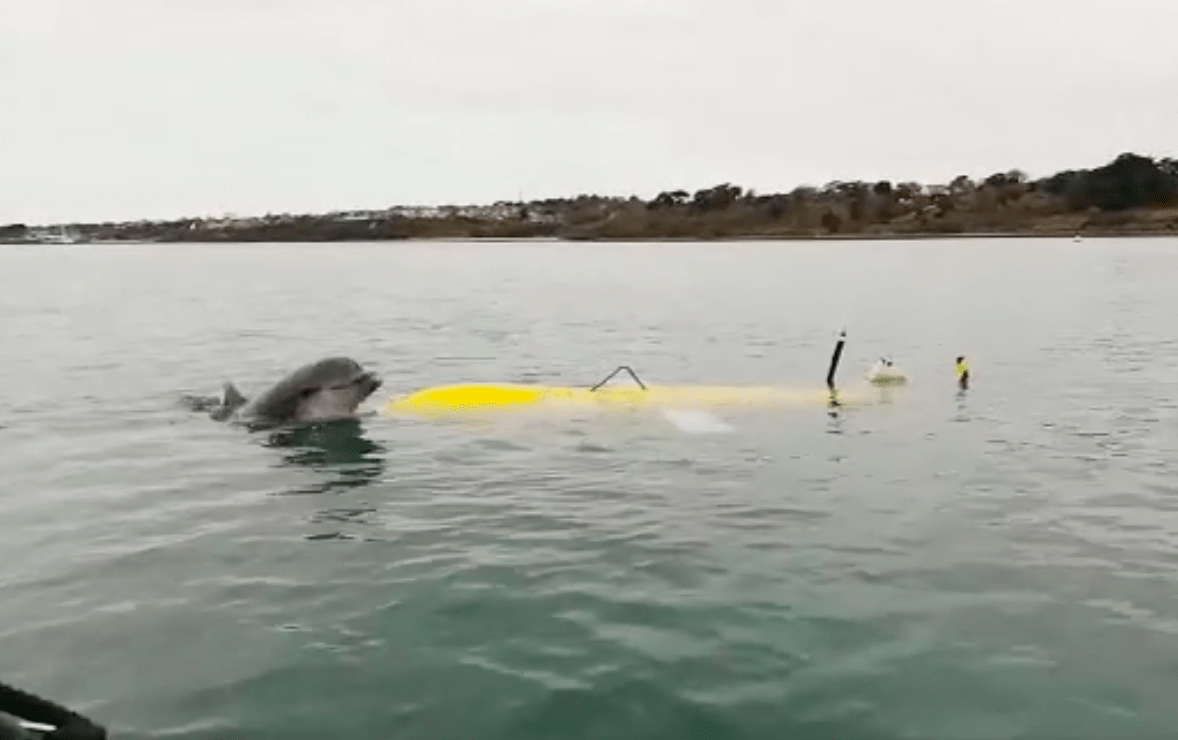 The ALR family of marine autonomous vehicles has become famous around the globe, not only for their ability to gather marine data from some of the most hostile locations on the planet (including deep ocean and under ice), but also as a result of the popularity of ‘Boaty McBoatface’, the name given to a previous iteration of the small yellow robot submarine following a public vote in 2016.