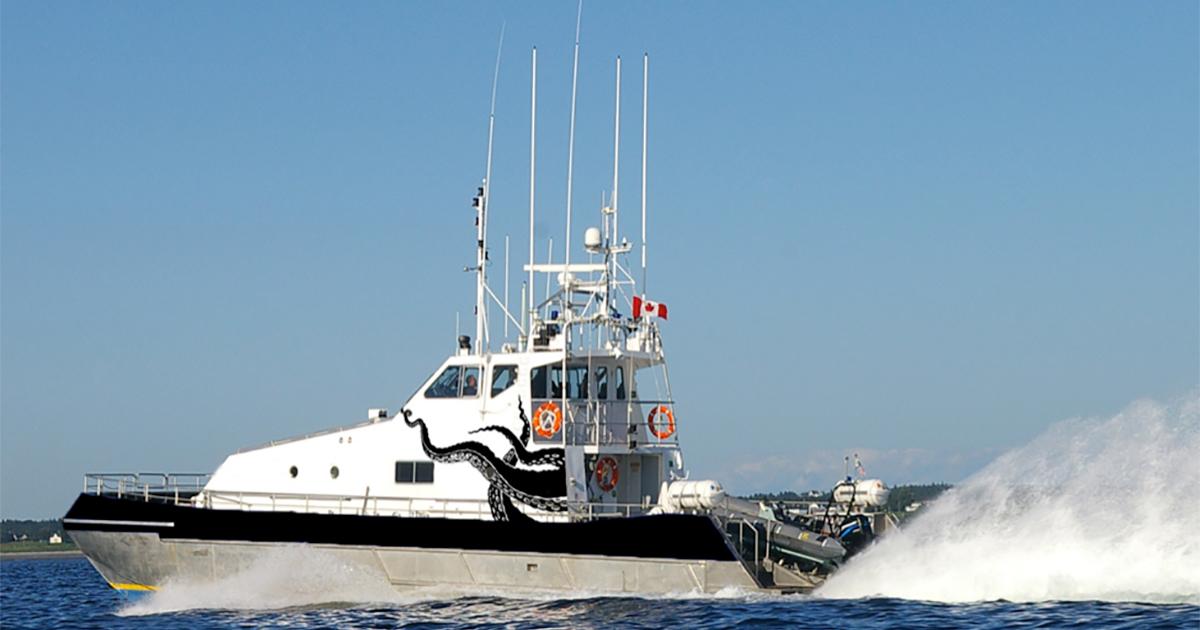 Kraken Robotic Systems Inc., intends to establish a joint venture with a company owned by Kraken Board member, Larry Puddister, for the provision of subsea services.

As part of the planned venture, Mr. Puddister’s company recently purchased the Murray – a former Royal Canadian Mounted Police marine patrol vessel. The vessel has since been renamed Research Vessel Ocean Seeker. Under the joint venture, it is anticipated that the vessel will be retrofitted and equipped with a wide variety of sensors and systems for ultra-high definition imaging, mapping, and inspection of the seabed and other subsea assets. It is expected that this equipment will include:

Larry Puddister said, “As one of the original investors and Board members of Kraken I am very pleased and proud to deepen our relationship via the Ocean Discovery joint venture. Less than one percent of the world’s oceans have been mapped with high resolution data – and such data is crucial for further exploration and discovery of our oceans. Data is the fuel that powers machine learning and artificial intelligence. The cost-effective acquisition of this data creates a significant opportunity for the combination of Ocean Seeker and Kraken’s sensor and robotics technologies. I am very excited about the potential of this joint venture.”

Karl Kenny, Kraken’s President and CEO said, “Larry Puddister is an accomplished and award-winning businessman and a trusted friend and adviser. We look forward to finalizing the Ocean Discovery joint venture. This will represent Kraken’s further development in not only being a supplier of subsea sensors and systems, but also becoming a provider of cutting-edge services and solutions. By building our own technology and executing services, we have a tightly integrated feedback loop that will accelerate the rollout of Robotics as a Service and Data Analytics as a Service – both recurring revenue businesses. In addition, on the product development front, this joint venture will allow for greater flexibility to test equipment and carry out sea trials. We expect that this will lower product development costs, accelerate time to market and help with a variety of customer and program pursuits.”

It is expected that Leeway Marine Inc. of Dartmouth, Nova Scotia will be contracted to manage Ocean Seeker. Jamie Sangster, President and CEO of Leeway Marine said, “We are delighted to work with Ocean Discovery in managing the Ocean Seeker. We’ve worked with Kraken for over two years and I have personally watched as Kraken’s SeaScout™ system was being towed and capturing real-time, high resolution imagery of a never-before-discovered wreck in the North Atlantic. I have watched the faces of experienced hydrographers who couldn’t believe the level of automation associated with the data processing and the short timeline in which the finished product could be delivered to clients. All efforts to improve efficiency on the ocean are important. Reducing people at sea, using smaller, more efficient platforms with longer endurance, better coverage rates and higher resolution are all value propositions that matter. I expect that the combination of Seeker’s speed capability with ultra high-resolution sensors will prove to be a force multiplier and gamechanger in the seabed survey industry.”