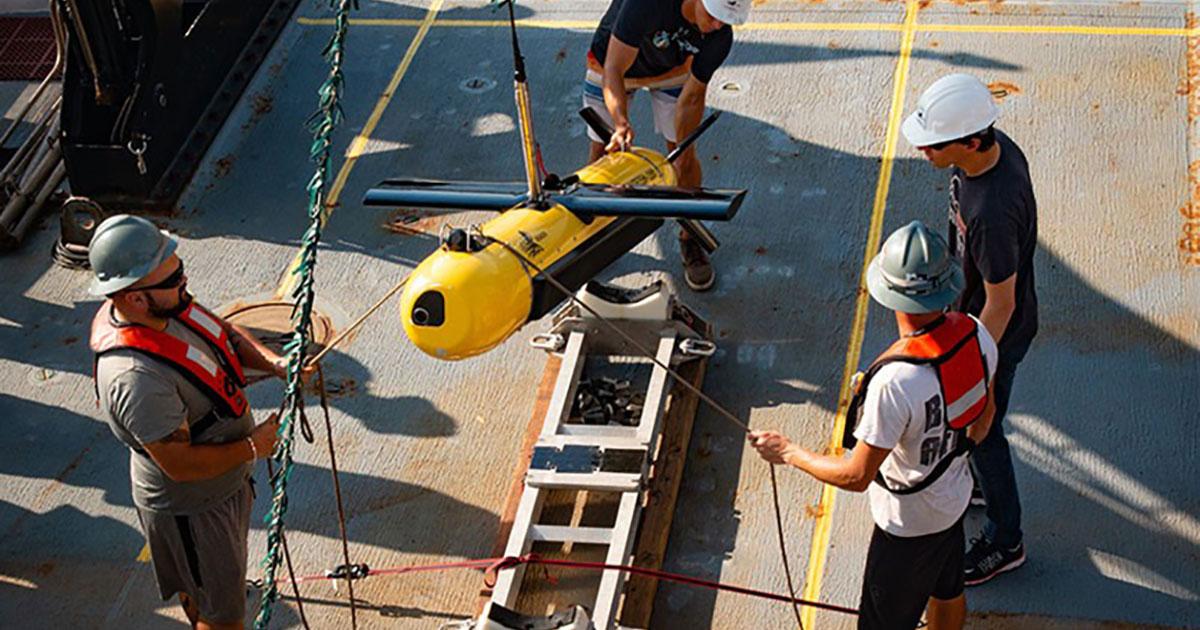 Kraken Robotics Inc., announces that its wholly owned subsidiary, Kraken Robotic Systems Inc., has launched the initial phase of its OceanVision™ project. Commencing in late September, Kraken will deploy its sensors and unmanned underwater platforms to conduct ultra-high definition seabed imaging and mapping on the Grand Banks of Newfoundland and other areas of Atlantic Canada.

OceanVision™ is a three-year, $20 million project focused on the development of new marine technologies and products to enable an underwater data acquisition and analytics as a service business. OceanVision™ enables the acceleration of Kraken’s strategy from sensors and system sales to becoming an integrated provider of Robotics as a Service (RaaS) and Data as a Service (DaaS).

Karl Kenny, Kraken’s President and CEO said, “We are pleased to reach this major milestone and officially launch our OceanVision™ project. OceanVision™ will result in an end-to-end digitalization solution offering advanced sensors, robots and data analytics as a turnkey service for imaging and mapping of the seafloor as well as seabed assets and infrastructure. Today, high fidelity data is an absolute requirement for coherent input to machine learning algorithms – otherwise it’s garbage in, garbage out. We are uniquely positioned in the underwater industry as Kraken will build, own and operate the sensor-laden drones; Kraken (and partners) will run the missions; and Kraken (and partners) will analyze the data for our customers.”

“We expect recurring revenues from RaaS/DaaS to become a significant part of our future revenue mix and strategic growth. Rapid subsea data acquisition and analytics will make it possible to significantly reduce the cost of obtaining high quality data allowing end-users to make more informed operational decisions in near real-time. The new technologies and services that Kraken will develop within the scope of the OceanVision™ project are currently not available in a tightly integrated offering in the marine industry.”

OceanVision™ will enable Kraken to further new technology and product development and fine-tune recurring revenue business models. While near-term focus of the project will be the Inspection, Repair, and Maintenance (IRM) segments for offshore energy (oil & gas and wind), OceanVision™ will also address the requirements of other stakeholders in the fisheries, aquaculture, ocean science and underwater defense industries.

With reference to IRM in the offshore oil and gas sector, market analysts Westwood Global Energy Group, have stated that the stabilization of oil prices is spurring a new wave of offshore investments. Westwood expects a significant volume of IMR activity to return to the market, with vessel related IMR activity expenditures forecast to be over US$21 billion over 2019-2023. This represents a 25% growth compared to the 2014-2018 period.

The challenges with oil and gas assets have many similarities with those of offshore wind. Windfarm installation and maintenance can be dangerous and costly and requires constant inspections and upkeep to maintain efficiency and maximize productivity. Markets and Markets estimate that the offshore wind market is expected to grow from an estimated US$27 billion in 2017 to over US$ 55 billion by 2022, registering a CAGR of over 15%. This growth is attributed to the increasing demand for clean energy in order to reduce carbon emissions and protect the environment by generating electricity through renewable resources. Today the United States has one offshore wind farm consisting of five turbines, compared to over 4,500 grid-connected offshore wind turbines across 11 European countries.