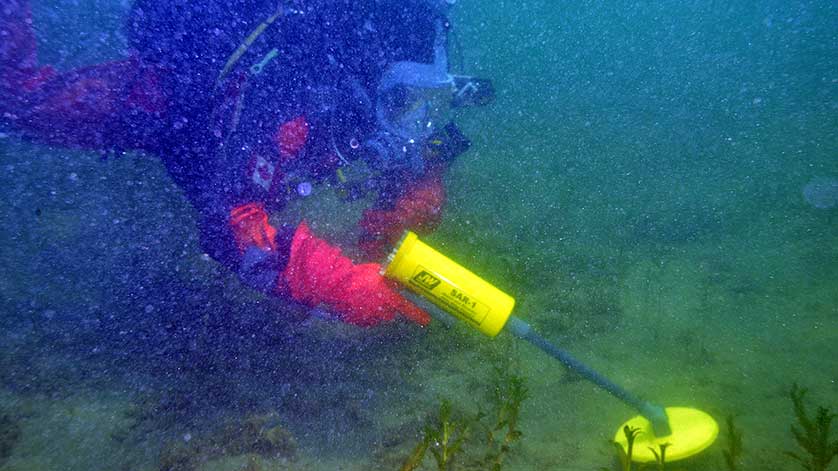 Have you ever wondered how the first metal detector was invented? On July 2, 1881, U.S. President James Garfield was shot in the back. While he managed to survive the assassination attempt, a problem arose in that doctors could not locate the bullet.

Alexander Graham Bell (then 34 years old) learned of this unfortunate instance and set out to build a device that could detect the bullet lodged in President Garfield’s chest. Although the machine worked properly, Bell deemed it a failure because it was unable to locate the bullet and resulted in the untimely death of President Garfield. What Bell did not know was that the President’s mattress was filled with metal springs that interfered with the magnetic field surrounding the search area. While Bell’s detector didn’t manage to save President Garfield’s life, the technology was a precursor to modern metal detectors. Jack Fisher (1941-2015) expanded upon Bell’s legacy in 1968 by founding JW Fishers’ manufacturing and its complete line of underwater search equipment. Both Bell and Fisher’s legacies live on with daily search and recovery operations across the globe leading to countless lives saved, livelihoods secured, and historical treasures found.

In 2017, JW Fishers released its newest underwater metal detector – the SAR-1 (Search and Recovery). This detector was purpose-built for military, law enforcement, commercial, and public safety dive teams whose mission sets include locating metallic objects in low visibility environments. The SAR-1 has a streamlined, snareless design with no external wires or cables making this detector the ideal tool for work in environments containing potential entanglement and hazards. The SAR-1’s ten ultra-bright LEDs and sensory (vibration) target indicators make this unit one of a kind. 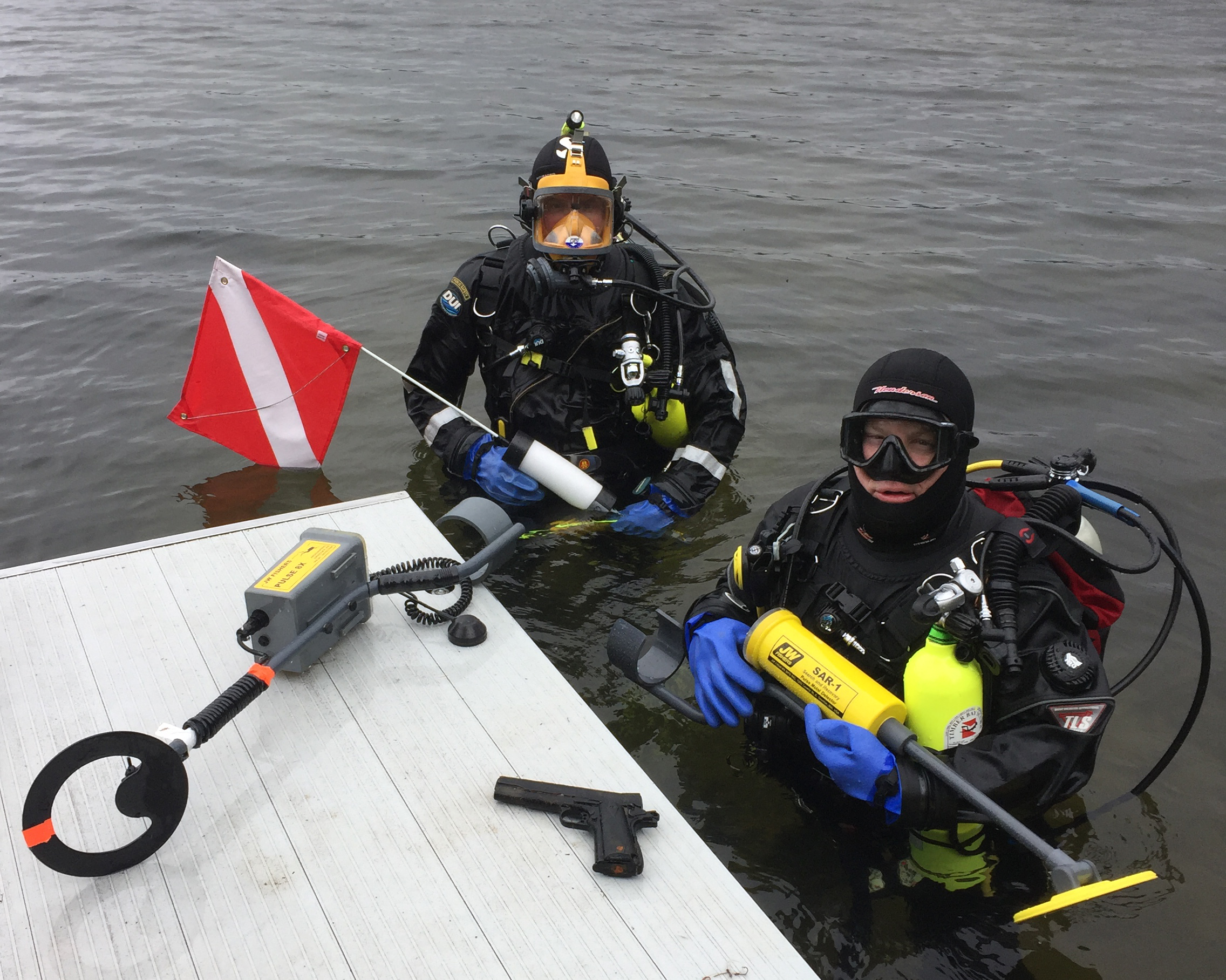 The Oneida County Public Safety Dive Team in Wisconsin is “responsible for the protection of life and property through mitigation of incidents involving water rescue and recovery.” Dive team members attend monthly training events and are on-call for incidents involving the need for water rescue and recovery. Recently, the team was training with their JW Fishers’ Pulse 8X hand held detector in addition to testing their newly acquired SAR-1 for the very first time. “We had a great weekend diving with the new SAR-1 and the Oneida County Public Safety Dive Team!” At one point during the event, a dive team member surfaced with the SAR-1 in one hand and a firearm in the other. This came as a pleasant surprise to the team’s leader who hadn’t placed any training weapons in the water that day. “The new SAR-1 metal detector works great!” This accidental find proves once again that JW Fisher’s SAR-1 truly is the right tool for the job!

New England Marine LLC in Colchester, Vermont, provides professional waterfront services, moorings, custom docks, SCUBA diving, and marina consulting. Recently, a client called and could not locate the submerged anchor for a dock's next move. The location was estimated and New England Marine owner Jeff Lefebvre began his search with the SAR-1. “The red glow and vibration let me know I had found the anchor and the attached anchor lines. No complicated headphones needed.” Bruce Gray of ESTL (Environmental Science and Technology Laboratories) in Ontario Canada purchased a SAR-1 unit this spring. When asked how the unit has been performing for him and his team, he stated “The unit is awesome! We had a recent training dive with the unit. We had good conditions and staged some of our gear and protocols in which the detector found quickly.’