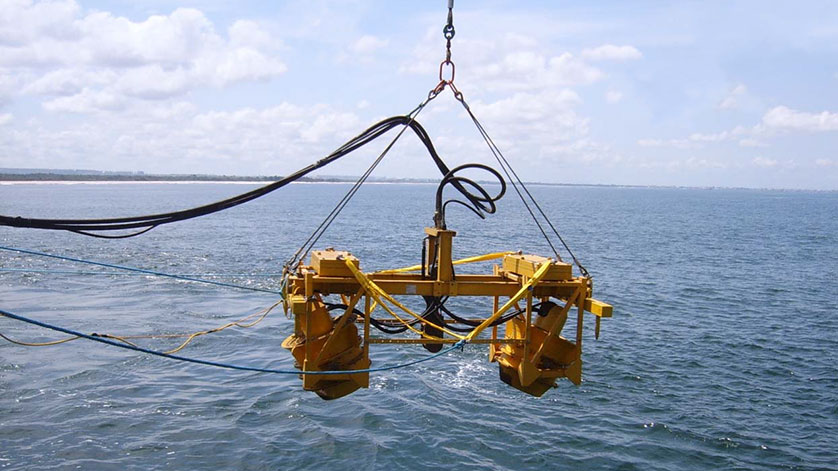 Seatek had attempted other methods prior to contracting JFSE for post-lay trenching and backfilling of HDPE pipeline. This was the fifth HDPE pipeline project completed by JFSE’s experts, with another two planned in the coming months.

Experts deployed its shallow water Twin R2000 tool for post-lay trenching and backfilling of an HDPE pipeline with concrete sinker blocks over a distance of 7.5km. The pipeline was trenched to 1.5m top of pipe in an intertidal zone with 7m tidal variation.

Following attempts with alternative methods by other contractors, JFSE provided a proven solution that would cope with the conditions and requirements at the beach site with the stability and shallow water capabilities of the equipment.

The challenge of keeping stress levels to a minimum on the plastic pipeline while slowly lowering the concrete sinker blocks in an area where there was often no water meant that the stability and shallow water capabilities of the Twin R2000 were essential.

Added complications included the geophysical properties of the soil, the long intertidal zone, and the blocks being asymmetrical to allow for long-term burial. The combination of these factors meant JFSE’s was the only method capable of burying the pipeline. 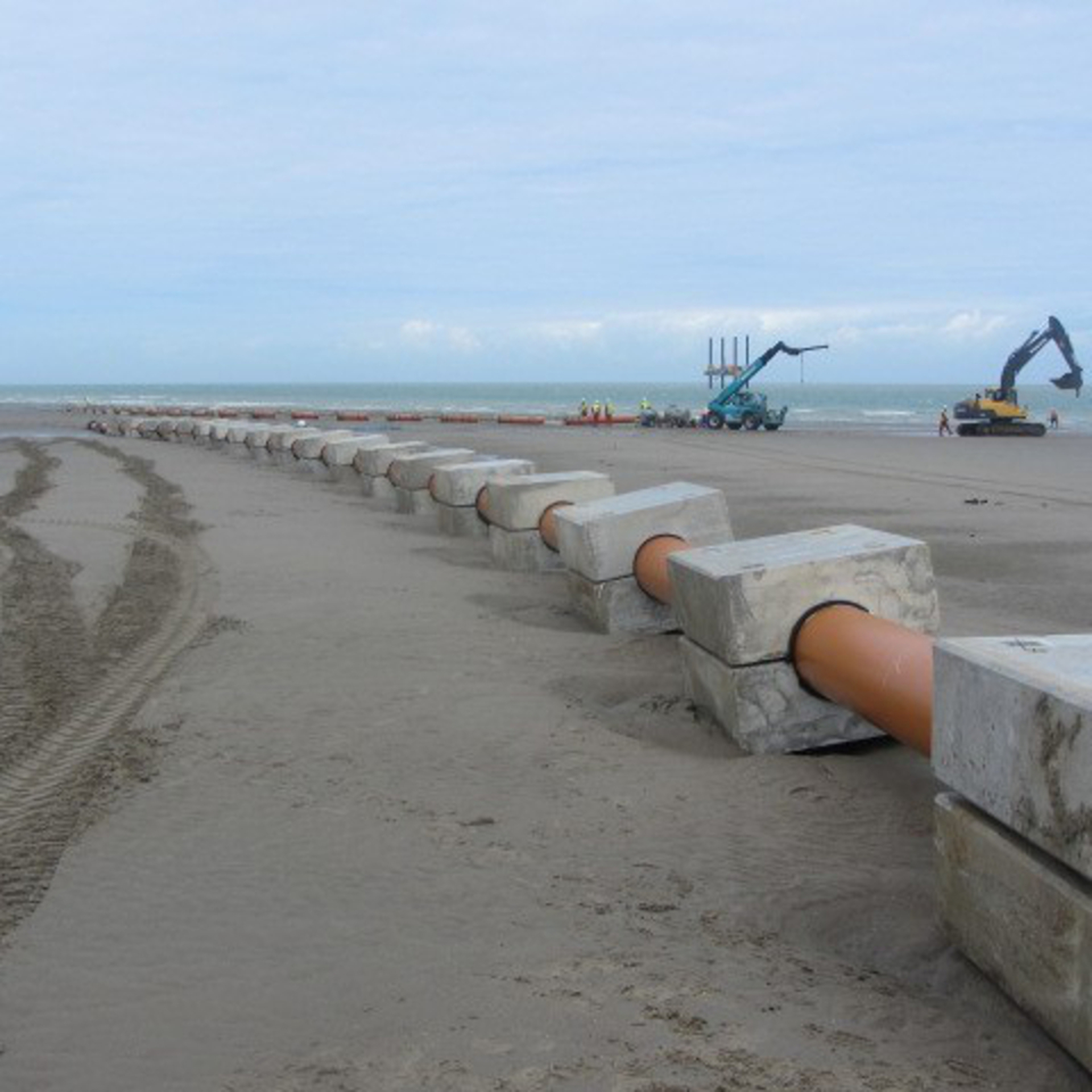 JFSE’s operations team had successfully completed four similar projects prior to traveling to Kandla Gujarat and have another two scheduled in the coming months.

Delzad Karani, director at Seatek, said:
“This was a very challenging element of our overall project and it was essential we found a solution. The JFSE team delivered a great service from beginning to end. Their understanding of complex excavation requirements and ability to improvise to suit the site conditions was imperative to the success of our post-lay trenching and backfilling requirements. “The natural working conditions of the area were uniquely challenging and no other method or equipment for pipe burial would have been successful.”

JFSE operates a fleet of 30 M/CFE tools worldwide, with equipment stationed on five continents. Its team is responsible for the successful completion of more than 450 projects, providing clients with a reliable, innovative and world-leading service.

Kenneth R. Mackie, managing director at JFSE, said: “There are no two subsea excavation projects exactly the same but having a team in place which has worked on hundreds of excavations over two decades means we have a wealth of experience to draw upon and the innovative attitude to apply the lessons we have learned to new challenges.

“This had proved a particularly tricky element of the project and other attempted methods proved unsuitable. Our shallow water capabilities and personnel, who had experience in operating under similar conditions, provided the client with a time and cost-effective solution to overcome the very particular demands of this excavation.”

JFSE’s fleet of tools provides a non-contact form of excavation that eliminates the risks associated with other excavation methods, especially around complex subsea assets. Further enhancing their capabilities, the tools have the additional benefit of real-time sonar imaging which enables precision excavation in confined areas, as well as for all cable or pipeline scopes from 1” through to more than 60” scopes. The tools are used for applications including pipeline and cable trenching, deburial, rock dump dispersal and seabed clearance and preparations. The M/CFE spreads are ideal for moving materials such as sand, silt and mud, drill cuttings, clay and rock dump.