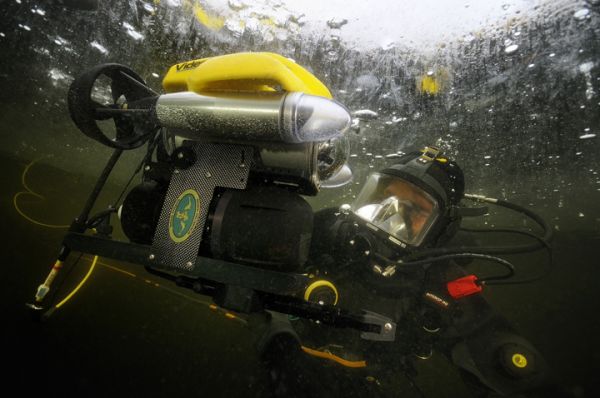 VideoRay announces that it has delivered VideoRay Pro 4 ROVs to the Italian Coast Guard, along with sonars and accessories. These will be used for many of the same tasks that the US Coast Guard, which standardizes on Pro 4 systems, have accomplished for several years. A focus will be Search and Recovery operations, potentially dangerous tasks for which the Italian Coast Guard is frequently called upon.

VideoRays are the most popular underwater robot in the world, selling more units than all competing manufacturers. It dominates the market for homeland security operations and defense, with large fleets in the U.S. Navy, U.S. Coast Guard, Norwegian Coast Guard, Saudi Border Guard, Taiwan Coast Guard, Korean Navy and the Dutch Navy, among others.

Representing VideoRay in this highly competitive tender was iROV Underwater Services of Treviso. The managing director of iROV, Mauro Stasi, was in charge of the ROV operations during the Costa Concordia wreck removal project, where VideoRay ROVs played a crucial role. During this operation, over 50,000 hours of video were recorded by the VideoRay fleet over two years, with most operations running 24 hours a day.

Trelleborg and SubC Collaborate on First

First Electro-Hydraulic Power Pack for I

Sunshine Coast Calls for Expressions of

Statoil and Partners Awarded 4 Block Off