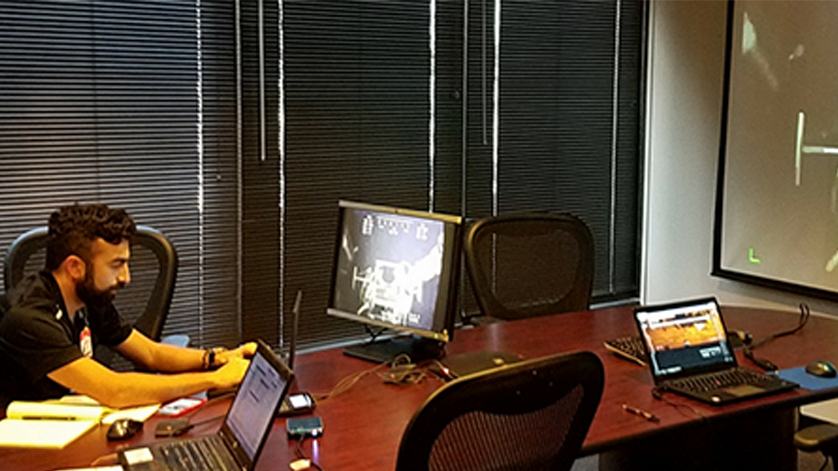 Zupt, in association with Oceaneering International, Inc., completed an industry-first “remote metrology” in July 2017. No survey personnel were offshore for the metrology. The "remote metrology" was requested by the operator to ensure they had the flexibility in scheduling. Cost savings were achieved but this was not the primary driver.

The benefits of "remote metrology" are: No survey personnel waiting on standby, POB reduced, no visa issues, no personnel mobilization issues, and less offshore headcount leading to a safer working environment. Prior to the first fully “remote metrology”, an initial trial supported by offshore survey personnel from Zupt was completed where the ROV team executed test metrologies without incident. Detailed risk evaluation was completed outlining all of the potential issues that will be encountered by making the metrology a “remote metrology”. Several risk mitigation steps were taken to ensure the system was configured for remote work. Upon the successful completion of the test work, a sequence of five "remote metrologies" have been completed in the last seven months.

24 hours prior to the scheduled metrology, a communications check is completed between onshore and the equipment mounted on the ROV offshore. During the metrology, video, voice and serial communications are maintained between onshore and offshore. All data is collected and initiated from onshore. All C-PINS data acquisition is controlled by the Zupt personnel onshore. Real time QC is achieved either in the onshore control center, or the QC data can be emailed in real time to a client’s site. No QC presence is required offshore. Real time data transfer between offshore and the onshore control center has proven to be reliable. The communications bandwidth required is a single 256 kb/s channel.