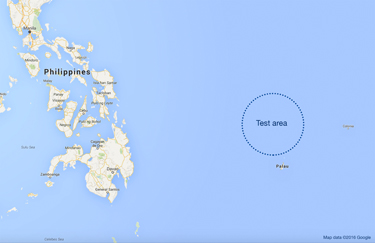 Researchers at the Institute of Oceanology in Qingdao, China, are using Nortek’s Signature55 current profiler to improve the understanding of El Niño and advance their environmental academic research.

“Information about Western Boundary Currents in the lower latitudes of the Pacific and their influence on low frequency pulsing of warm currents are vital for scientific research. But so far we have had insufficient data about these patterns in connection with dynamic ocean circulation research and its relation to climate”, says Yu Fei, Senior Researcher, Doctor and Director at The Institute of Oceanology, Chinese Academy of Sciences (IOCAS).

“Researchers at The Institute of Oceanology in Qingdao, China, now use Nortek’s Signature55 to study the circular current structure of the westward currents of the Western Pacific. The testing area is just near East of the Philippines in the Western Pacific.”

Data about the currents in these areas of the Pacific are important contributions to the World Climate Research Programme (WCRP) project entitled Climate and Ocean: Variability, Predictability and Change (CLIVAR).

CLIVAR’s mission is to understand the dynamics, the interaction, and the predictability of the coupled ocean-atmosphere system. The program facilitates observations, analysis and predictions of changes in the Earth’s climate system. This enables better understanding of climate variability and dynamics, predictability, and change, to the benefit of society and the environment in which we live. 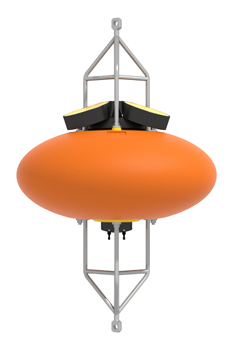 The testing area is just near East of the Philippines in the Western Pacific. Scientists at The Institute of Oceanology in Qingdao will retrieve the current profiler in November 2016, after a deployment of approximately one year. The deployment is done with the Signature55 in a sub-surface buoy on a mooring line and the instrument is operated in a stand-alone measurement mode.

Yu Fei emphasizes that compared with other instruments of the same kind, the Signature55 has twice the current profile range and can profile currents up to 1000m range in the open ocean.

“The Signature55 has advantages of longer current profiling range, it is easier to deploy and it gives us better value for money compared to other options”, Yu Fei concludes.

The Key to Understanding the Extent of O

Deep Ocean/High Seas Resource Use: Under

Testimony: Decision to Navigate Too Clos

Getting a Longer Heads-Up on El Niño